Their islands are being eroded. So are their human rights, they say. 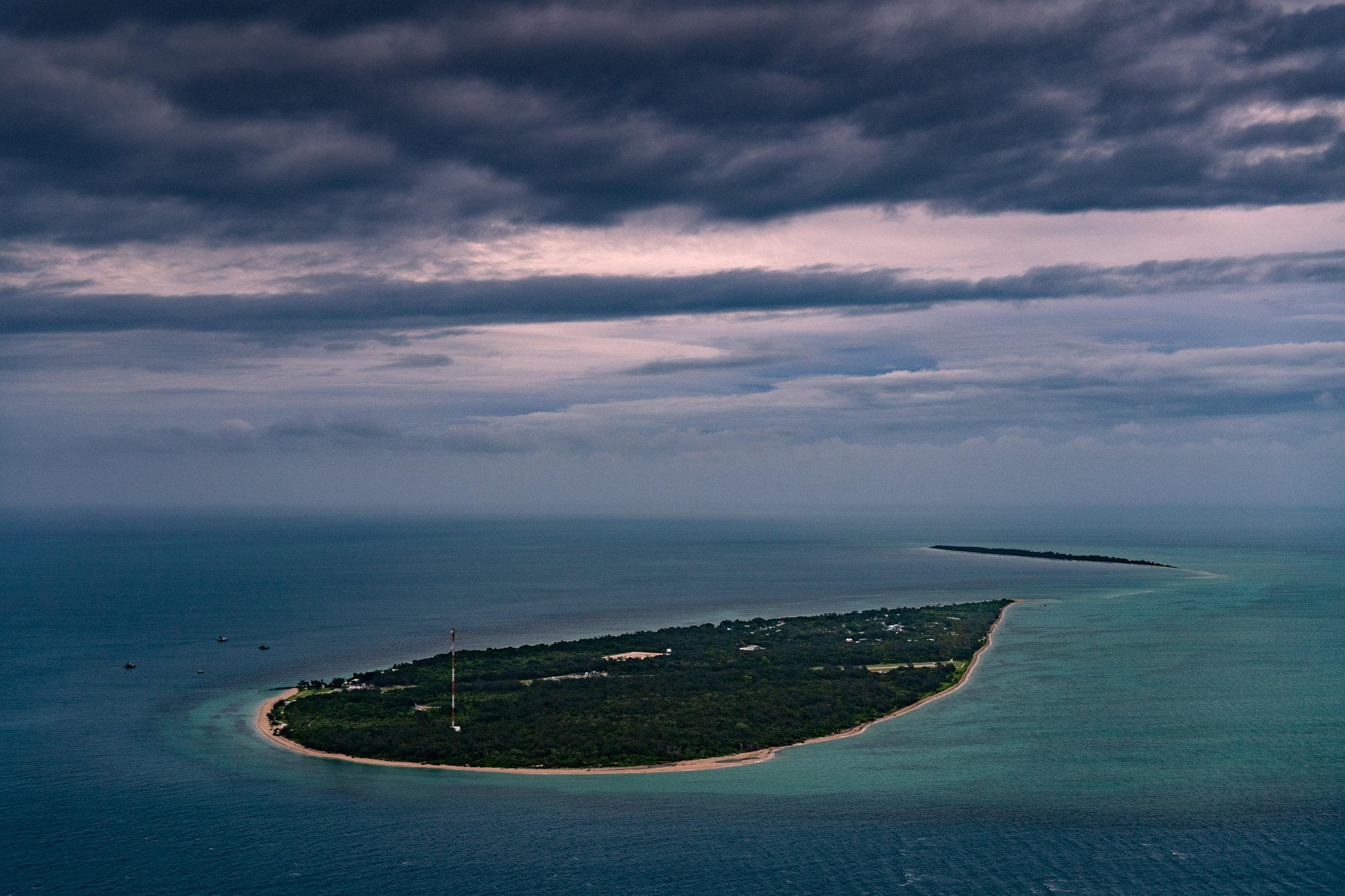 A view of Masig Island, north of mainland Australia.
As climate change pushes the tides ever higher, this island and others nearby are at risk of vanishing.
Credit Matthew Abbott for The New York Times

From NYTimes by Livia Albeck-Ripka

Indigenous Australians from low-lying islands in the Torres Strait argue that the government, by failing to act on climate change, has violated their fundamental right to maintain their culture.

MASIG ISLAND, Australia — Every weekend, Yessie Mosby visits the sandy, washed-out graves of his ancestors to gather their scattered bones.
Their shallow burial place, just yards from the shore of Masig Island, north of mainland Australia, has been eroded by rising seas.

“Other parents around the world go to the beach with their kids and pick up shells,” Mr.
Mosby, 37, a craftsman and father of five, said as he moved fragments of his sixth great-grandmother’s bones to a spot beneath a coconut tree.
“We pick up remains.”

The lives of the people here are tied to the island, one of 18 spits of earth in the Torres Strait inhabited by Indigenous Australians.
It holds the histories of those who came before; it protects and nourishes.
But as climate change pushes the tides ever higher, these islands, and their ancient culture, are at risk of vanishing.

So Mr. Mosby, and seven other Torres Strait Islanders, are taking action. 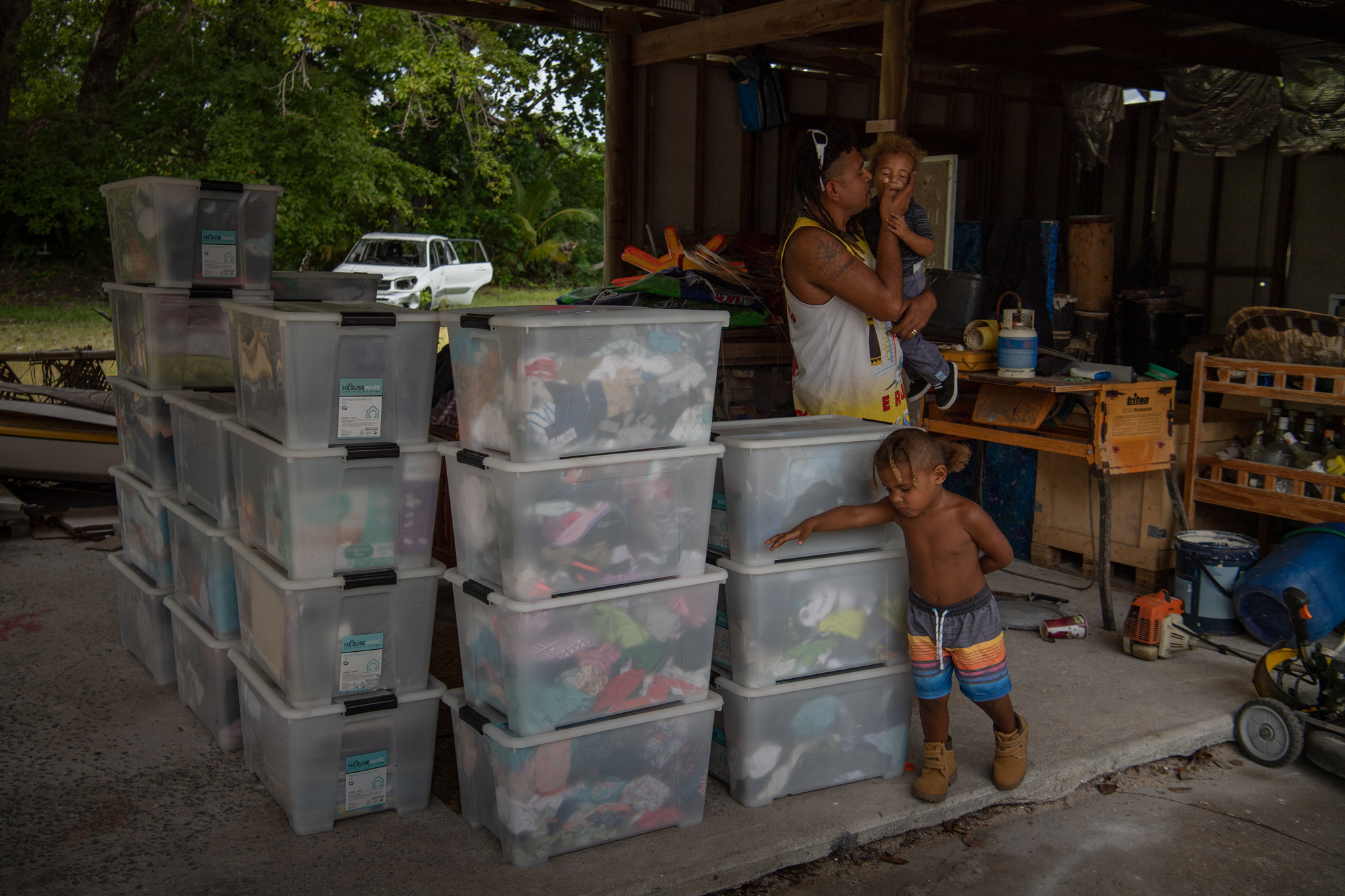 Yessie Mosby with his children.
Watertight plastic boxes hold their clothes and other household possessions.
His family is moving to another house after a cyclone damaged their home.
Credit Matthew Abbott for The New York Times

In a landmark claim to be submitted on Monday at the United Nations, they argue that Australia, by failing to take adequate steps to reduce carbon emissions, has violated their fundamental human rights, including the right to maintain their culture.

The action is part of a burgeoning movement in which litigants, including a group of 21 young people in the United States, have made the novel argument that governments face a fundamental duty to ensure a livable environment.

But the Australians’ argument is the first to seek the weight of the United Nations behind such a climate claim, and it could set a precedent for how the populations most vulnerable to the effects of global warming can seek redress under international law. 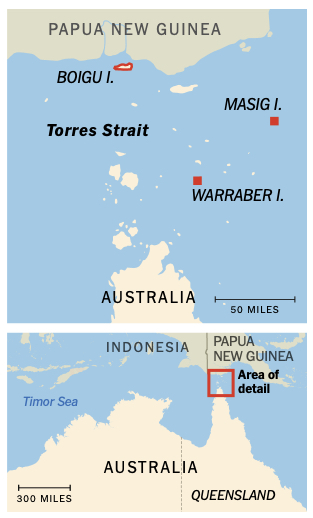 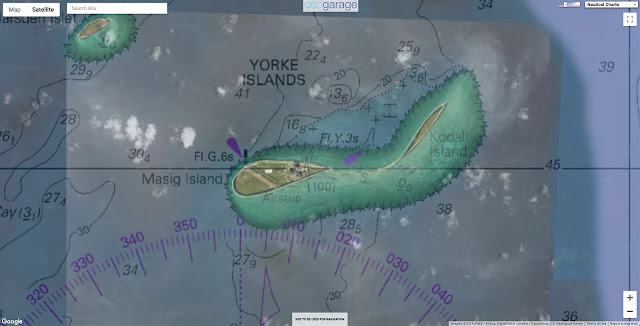 It is also the first time that the Australian government — which has failed to meet emissions reduction targets and continues to approve embattled coal mine projects — has faced climate change litigation that asserts a human rights violation.
The claimants call on the country to help fund sea walls and other infrastructure that might save the Torres Strait Islands, which have a population of about 4,500, and to meet the emissions targets set under the Paris climate agreement.

If successful, the case “would really break new ground internationally,” said John Knox, a professor of international law at Wake Forest University and a former special rapporteur on human rights and the environment to the United Nations. 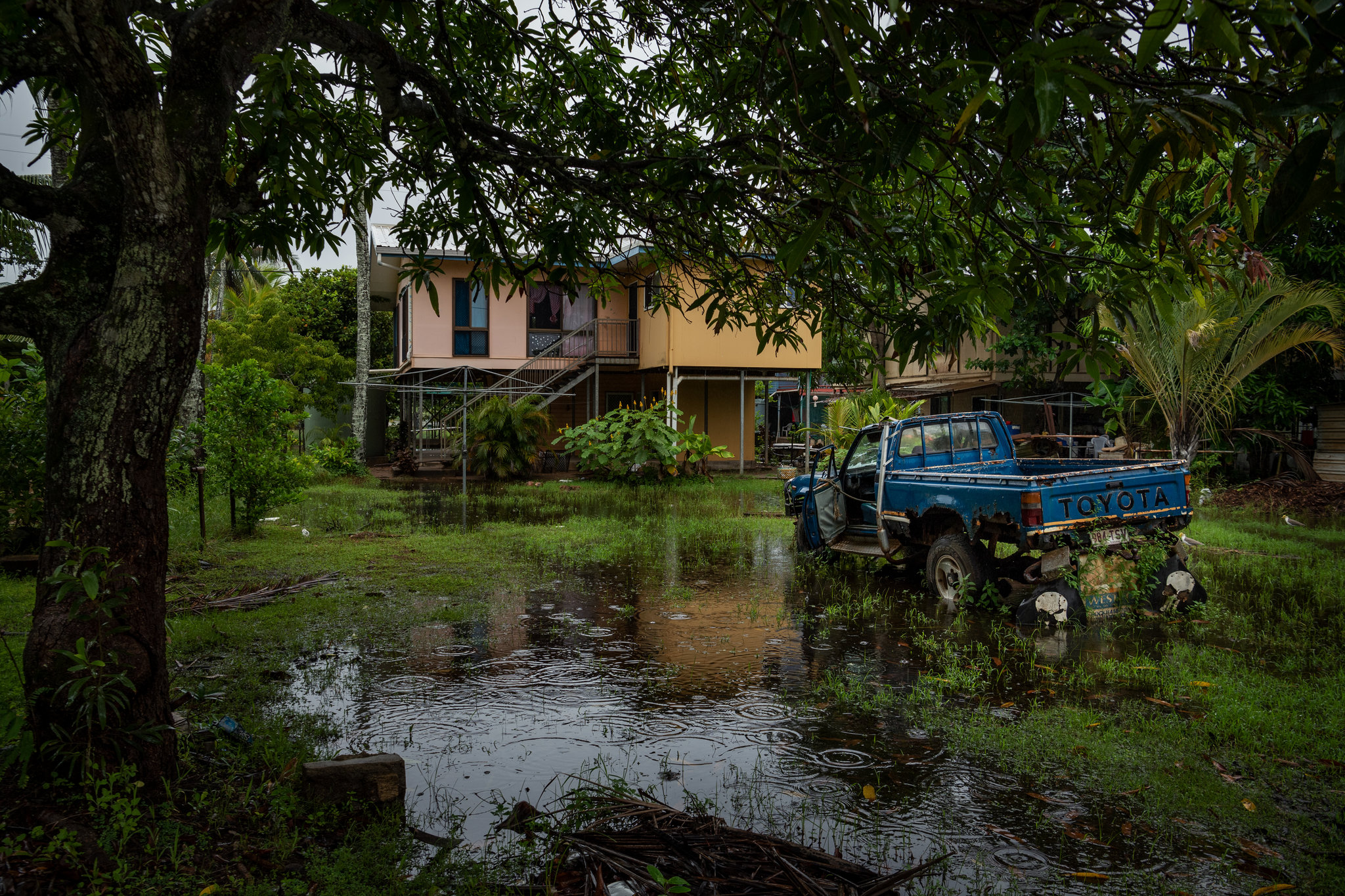 While the United Nations cannot force Australia to take action, those leading the case say they hope it will apply pressure on governments around the world to protect the rights of marginalized citizens whose culture is tethered to a particular place, and for whom dispossession could reignite the trauma of colonization.

“They are losing everything — they can’t just pick it up and go somewhere else; their culture is unique to that region,” said Sophie Marjanac, a lawyer with ClientEarth, the environmental law organization that is lodging the claim.
“That’s the crux of the argument,” she said.
“If Indigenous people are disposed of their homelands, then they can’t continue to practice their culture.”

According to the Intergovernmental Panel on Climate Change, a scientific body appointed by the world’s governments, global sea levels could rise by an average of up to 3.2 feet by 2100, which could force people from low-lying atolls in the Pacific Ocean, the Indian Ocean and the Torres Strait to evacuate.

On Masig Island, which lies on average less than 10 feet above sea level, people are already struggling to combat the impacts of climate change.
As the shoreline has crept closer, fresh water wells have turned brackish, and coconut trees have been uprooted and fallen into the ocean.
Other trees, withering from the heat, have stopped bearing edible fruit. 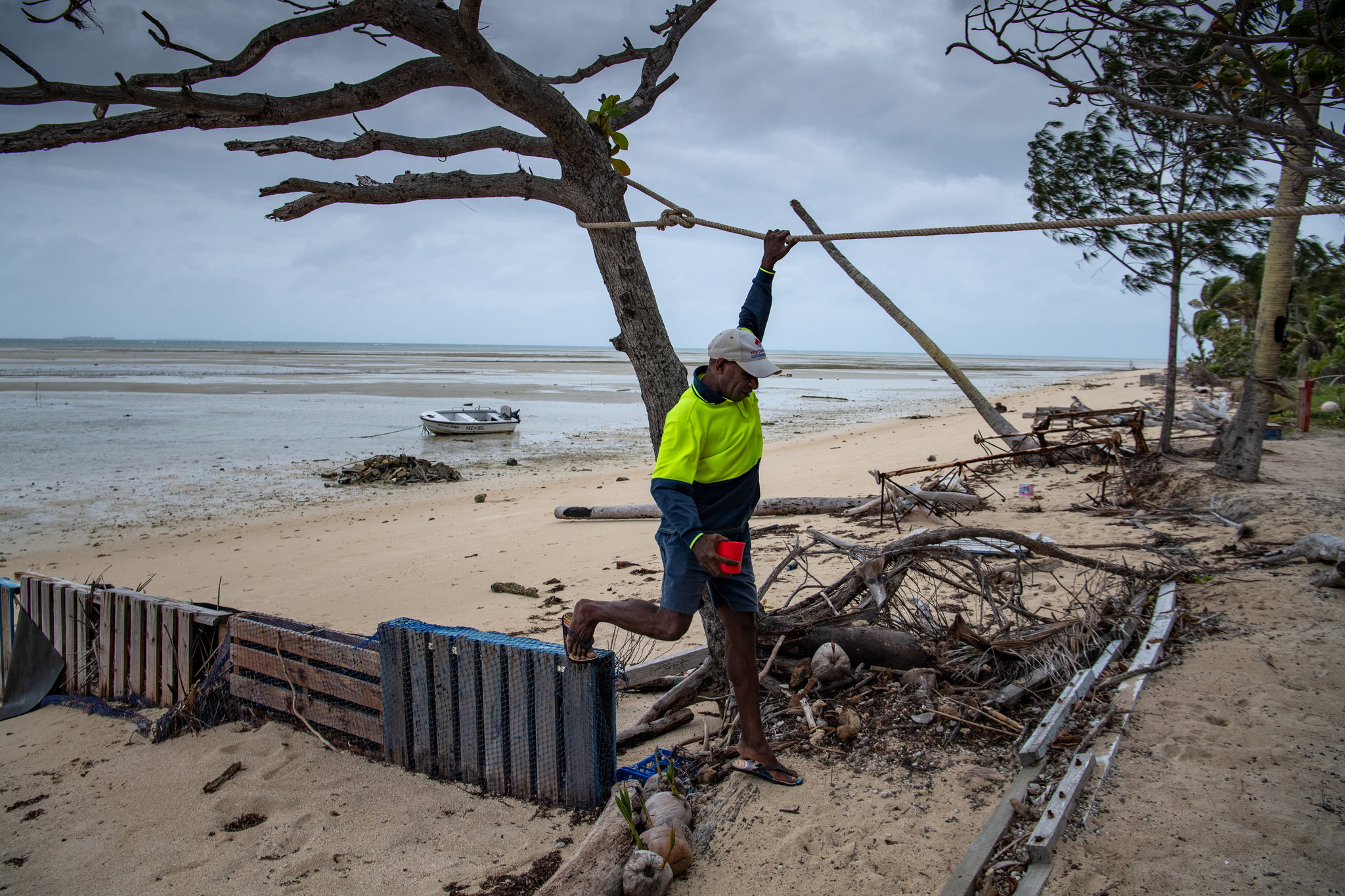 Eric Nai, who lives on Masig Island, walking along a barrier intended to help protect the coastline from further erosion.
Credit
Matthew Abbott for The New York Times

“This is our mother,” Mr. Mosby said of the sickened trees.
“It’s scary.”

Local residents have tried to restore the sandbanks by creating barriers of concrete blocks, wood pallets, coconut husks and driftwood.
But their efforts are no match for the king tides that sweep through the island on full moons, sometimes flooding homes on the coast.

The erosion of the land, along with the unpredictability of the seasons and intensified cyclones, islanders said, also gnaws at their mental health.

Sacred sites for birthing and initiation ceremonies are vanishing beneath the water.
“The erosion is hurting us,” said Ned Mosby, a 61-year-old priest and police officer on Masig Island, who is not involved in the claim.
“The land is us, and we are the island.”

Kabay Tamu, a crayfisherman and another of the claimants, who lives on the island of Warraber, said even his 8-year-old son was anxious about their family’s future.
“He keeps asking, ‘Will we have to move?’ That’s one of the things that gets me, and drives me to do something,” Mr. Tamu said. 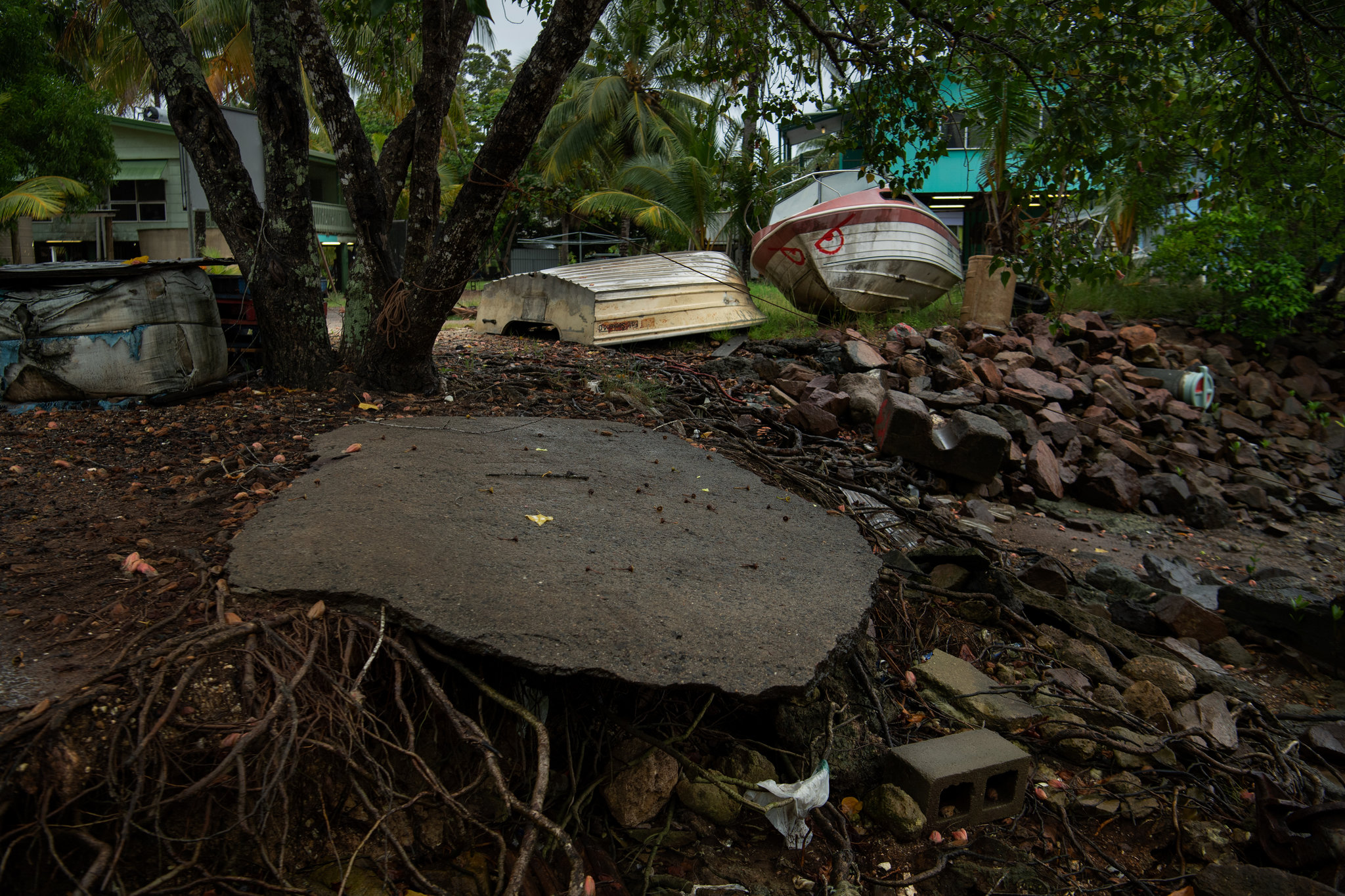 Ninety miles to the northeast, on the island of Boigu, the prospect of relocation is palpable.
Here, the unpaved roads are flooded, and a partially built sea wall has failed to protect the island — which lies on average just three feet above sea level — from having its cemetery inundated, or losing its white sand beach.

Standing in front of the Anglican church at the highest point on the island, Stanley Marama, the priest and one of the claimants in the case, pointed north across the water.
The shore, he said, used to extend at least 100 yards farther, and was a sacred place for conducting ceremonies. 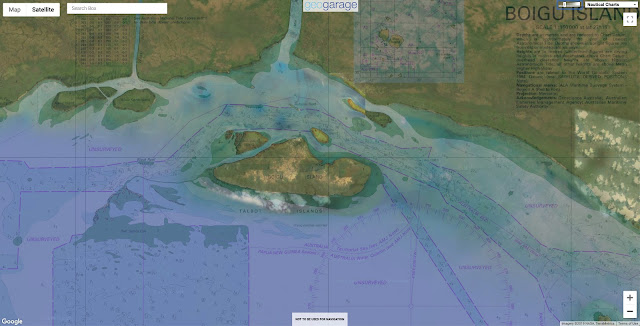 On weekdays, residents of Papua New Guinea travel a few miles across the channel to trade drums, woven mats and mud crabs.
They bring with them their own stories of the effects of climate change.
“A big high tide destroyed our crops,” said Ene Musu, a 38-year-old farmer from the village of Buzi.
“Now we have a shortage of food.”

In the Torres Strait Islands, stores import groceries, so the food supply is not similarly threatened.
But some of the items that supplement it — fish, crab, turtle and dugong, which are related to manatees — live in habitats that are threatened by coral bleaching and ocean acidification.
And saltier soil and flooding have made it more difficult to maintain gardens of banana, yam, cassava and taro.

“Normal people would say, Let’s pack up and get out of here,” said Dimas Toby, a councilor for Boigu Island, who is not involved in the claim.
But while some islanders have migrated to the mainland, he said he would remain to protect his culture.
Otherwise, he said, “we’ll go extinct, because we’ll have nowhere to practice it.” 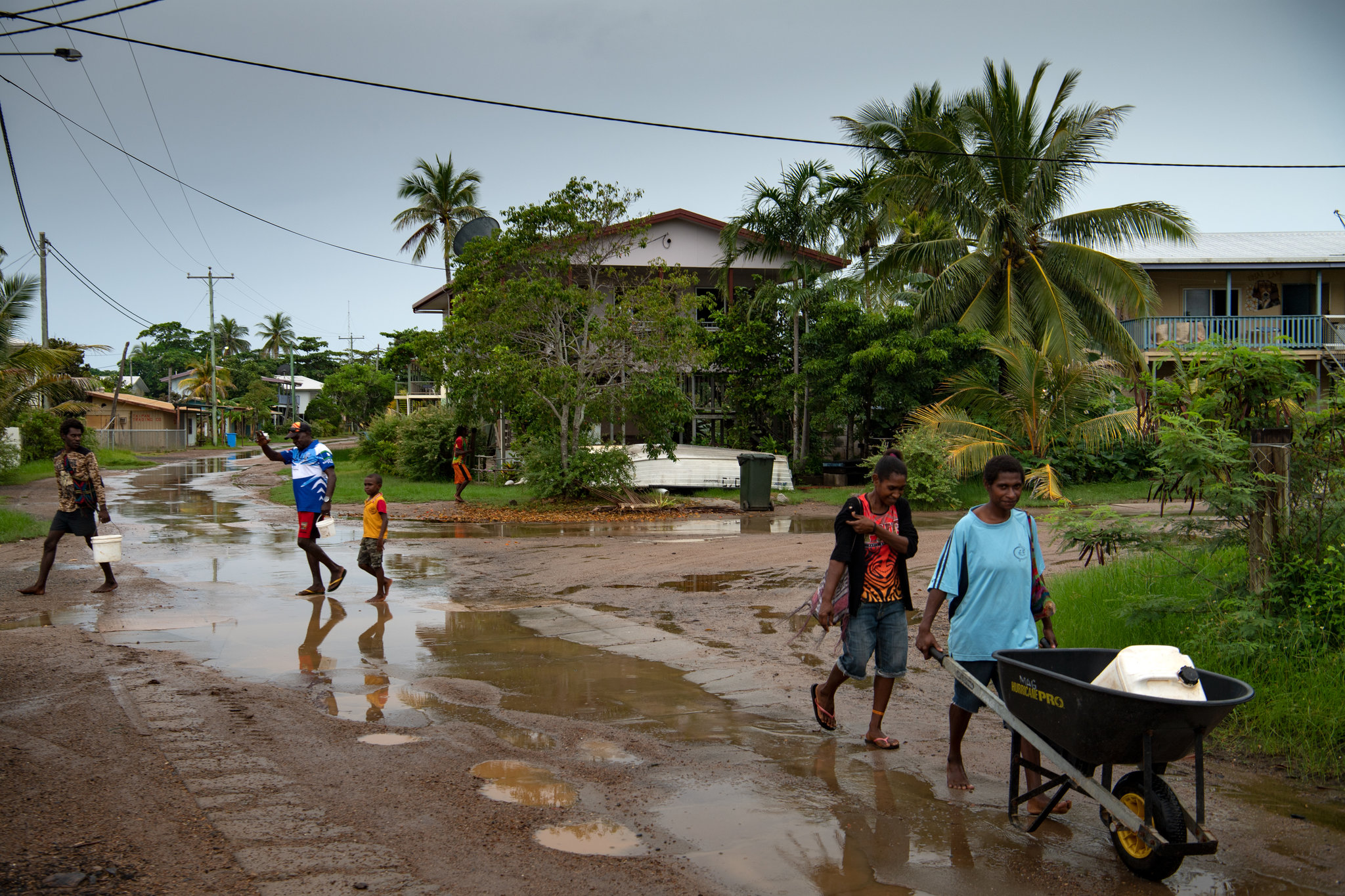 The streets of Boigu Island after rain.
Credit Matthew Abbott for The New York Times

That is the foundation of the islanders’ legal argument in their claim at the United Nations.

Under the International Covenant on Civil and Political Rights — a multilateral treaty to protect global freedoms — Australia has an obligation, the claimants say, to protect their culture, as well as their rights to family and life.

In recent years, countries including Ecuador and Bolivia have granted constitutional rights to nature.
In other cases, individuals have sued fossil fuel companies and governments for their contributions to, or inaction on, climate change. 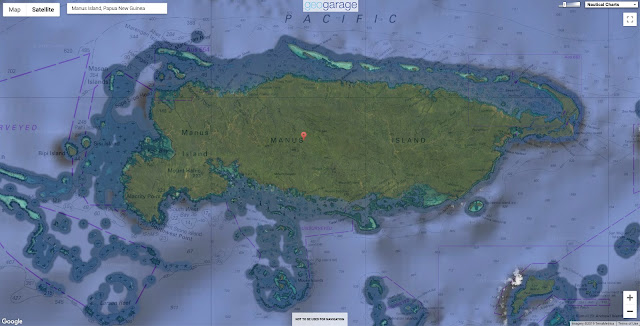 The United Nations has previously accused Australia of flouting international law in its detainment of asylum seekers on Manus Island.

“Australia has a poor record on human rights,” Ms. Marjanac, the ClientEarth lawyer, said, “but potentially, this is an opportunity to improve that.”

In October, the United Nations released a statement asserting for the first time that climate change and environmental degradation posed “some of the most pressing and serious threats to the ability of present and future generations to enjoy the right to life.”

The claimants hope this bodes well for their petition.
But for now, they will continue to try to save their heritage from being lost to the sea.

“I don’t want my child to grow up knowing that they are from Yorke Island, but there’s no island,” Mr. Mosby said, using the English name for his home.

Overhead, a flock of frigatebirds ascended into the darkening sky. 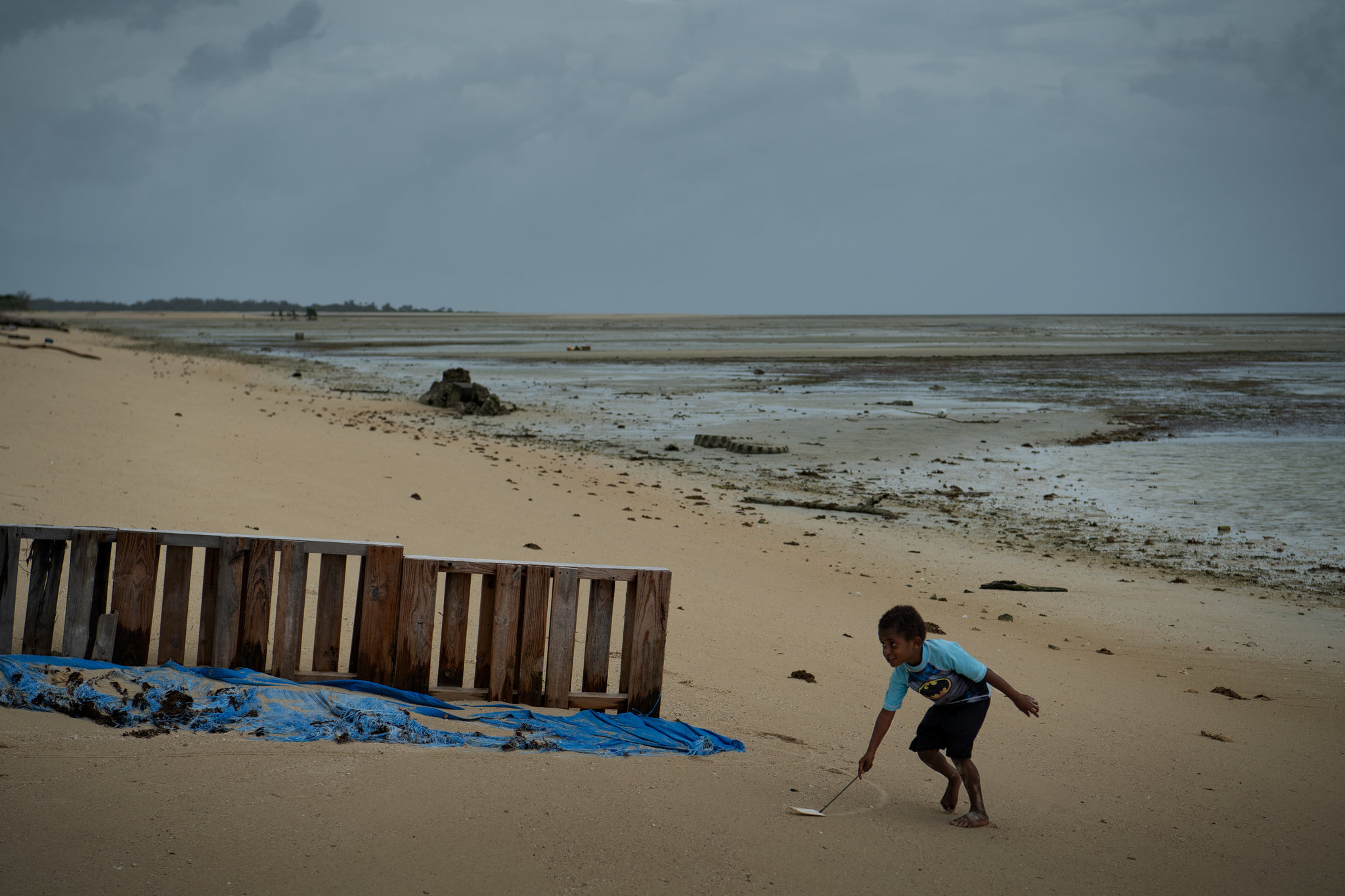 A structure designed to help protect the coastline from further erosion.
Credit Matthew Abbott for The New York Times