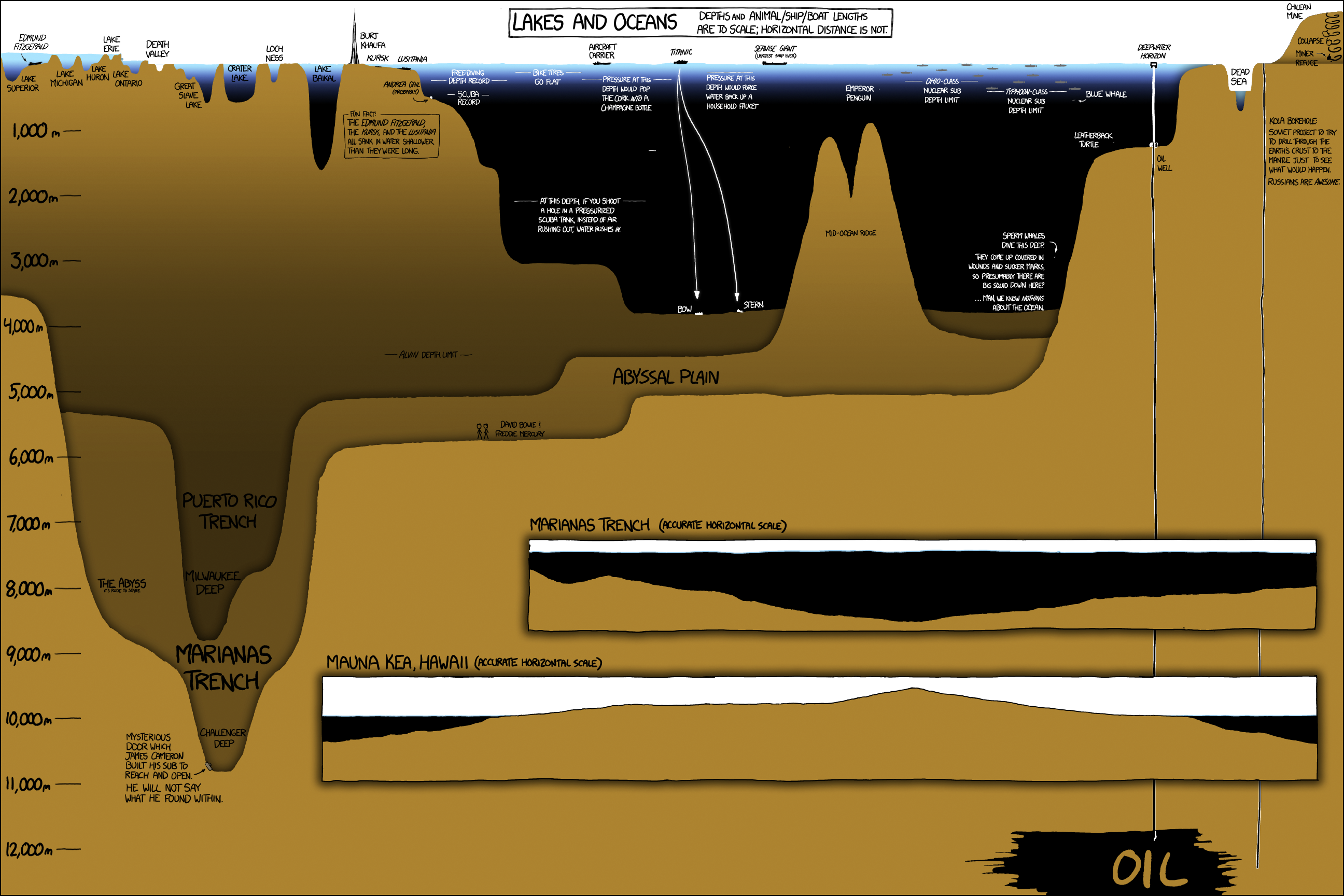 People sometimes forget that oceans contain a lot more than the water you see just beneath the surface.
The depths below the ocean’s surface comprise a staggering 95% of the earth’s living space, and much of it is unexplored by humans.
To put into perspective just how deep the oceans go, Xkcd.com created this illustration (click the image for a larger version):

From BusinessInsider by Pamela Engel

As you can see, most of the ocean doesn’t even see sunlight.
Even scientists aren’t familiar with everything that’s down there.
In fact, getting to the deepest reaches of the ocean is so expensive that some people — like Oscar-winning director James Cameron — take it upon themselves to explore underwater spaces rarely visited by humans.
Cameron visited the Mariana Trench, the deepest place on earth at seven miles below the surface of the Pacific Ocean, in a minisubmarine in 2012.
He was only the second person to visit that area of the ocean.
He didn’t see any sea monsters, but he described the experience as out of this world.
Posted by geogarage at 1:59 AM