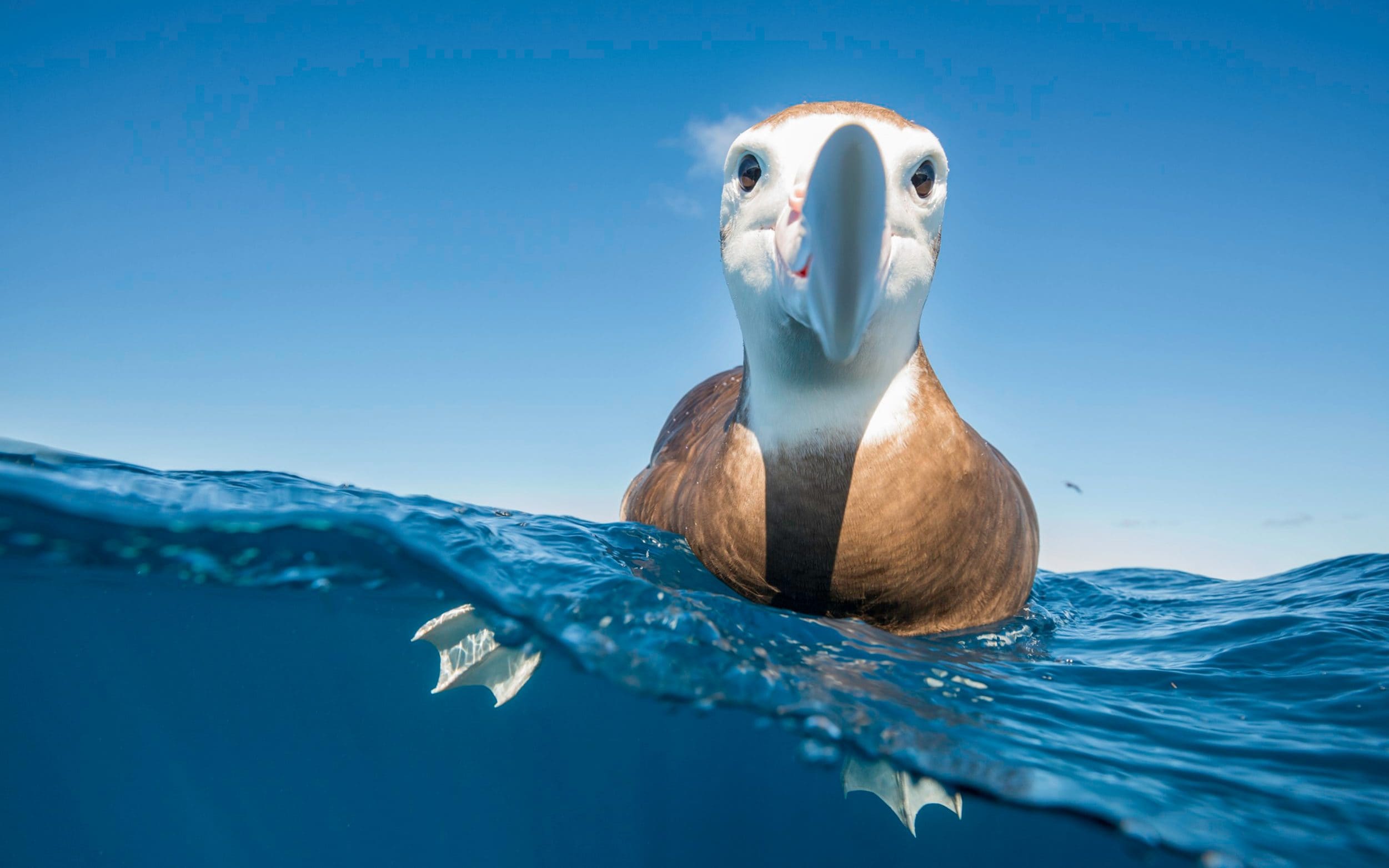 Albatrosses are to be fitted with devices that pick up radar from boats fishing illegally
credit : WildEstAnimal

From The Telegraph by David Chazan

Mariners of old believed that an albatross following their ship signified good luck, but fishermen illegally trawling the Indian Ocean now have cause to be wary of the majestic seabirds.

Some 250 albatrosses are being equipped with tiny transceivers that will automatically pick up trawlers’ radar signals.

Their locations will be transmitted to the French navy, which will use the data to identify vessels fishing in prohibited waters in the Indian Ocean, off the remote French islands of Crozet, Kerguelen and Amsterdam.
France is responsible for patrolling some 260,000 square miles of the southern sea.

Vessels fishing illegally generally switch off their automatic identification system (AIS) to avoid being tracked by satellite, but they cannot navigate safely without emitting low-level radar signals which the birds’ transceivers can detect as they fly over the ships.

Sailing without radar in the rough waters of the Indian Ocean would be extremely reckless. “Radars mean safety, especially for illegal ships that have to detect and avoid naval vessels,” said Henri Weimerskirch of the Chizé Biological Research Centre in western France.
“Half of the boats we detected [during trials] did not have their AIS switched on.” 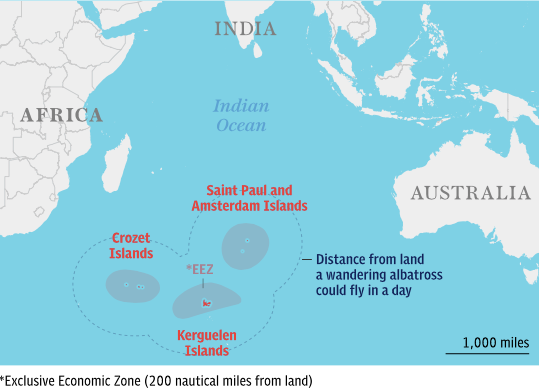 Birds are hunting illegal fishermen: those illegally fishing the Indian Ocean will soon find they have more to worry about than the proverbial albatross around their neck—real bad luck might now lurk in the form of one of the birds spying on them.
Between November 2018 and March 2019, 150 albatrosses, from the French Indian Ocean islands of Crozet, Kerguelen and Amsterdam, will be equiped with tiny beacons which will automatically detect radar signals put out by ships they meet at sea.

The transceivers, weighing less than 60 grams, will be mounted on the albatrosses’ backs.
They can pick up radar signals within a radius of more than three miles.
Scientists will also use them to track the birds and analyse their feeding habits. 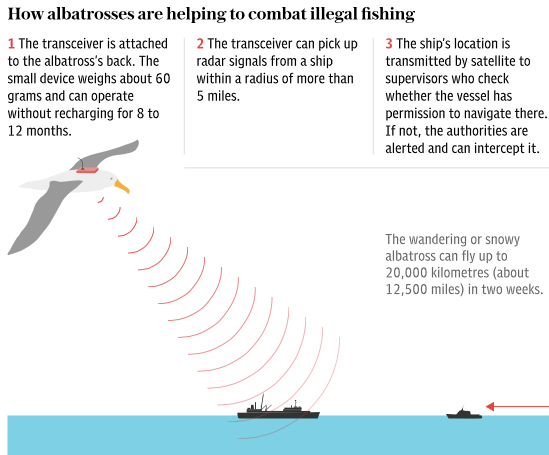 The programme known as "Ocean Sentinel" and funded by the Council of Europe was first tested In South Africa early this year, Vessels intent on illegal fishing turn off their automatic identification system (AIS) when entering off-limit fishing grounds, so cutting themselves off from automatic satellite tracking.
But they still rely on low-level radar emissions for safety reasons and it is these that the airborne equipment will be able to pick up.
Half the boats detected during the test phase did not have their AIS switched on.

Eighteen of the 22 species of albatross are threatened, some with extinction, according to the International Union for the Conservation of Nature.
Commercial longline fishing poses a major threat to seabirds.
Hundreds of thousands of birds drown each year after being ensnared in fishing lines or nets as they swoop down to catch fish. 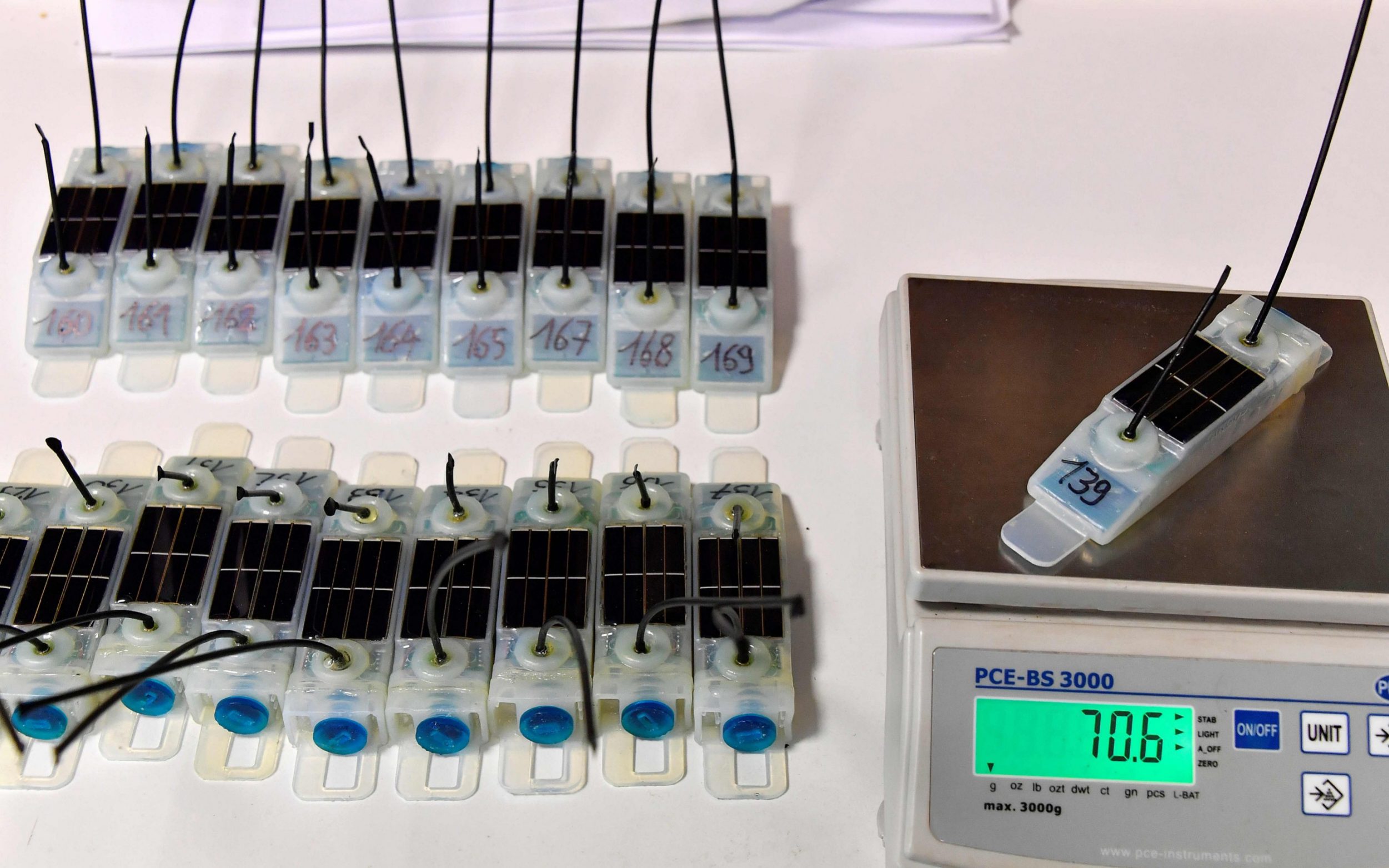 The transceivers will relay the whereabouts of illegal fishing boats to authorities
credit : Georges Gobet/AFP

More than 50 million birds live in the French Southern and Antarctic Nature Reserve, which includes the Indian Ocean waters policed by France, according to Cédric Marteau, head of the reserve.
“This is the highest concentration [of birds] in the world and the explosion of fishing after 2000 has caused lasting damage to the fragile natural balance,” he said.

The transceiver beacons, developed by scientists from France and New Zealand, will be fitted on albatrosses over the next five months in an operation known as “Ocean Sentinel”.
Further trials are also to be carried out next year off New Zealand and Hawaii.

Many vessels that fish in prohibited waters fly flags of convenience and deliberately create confusion about their identities and nationalities. 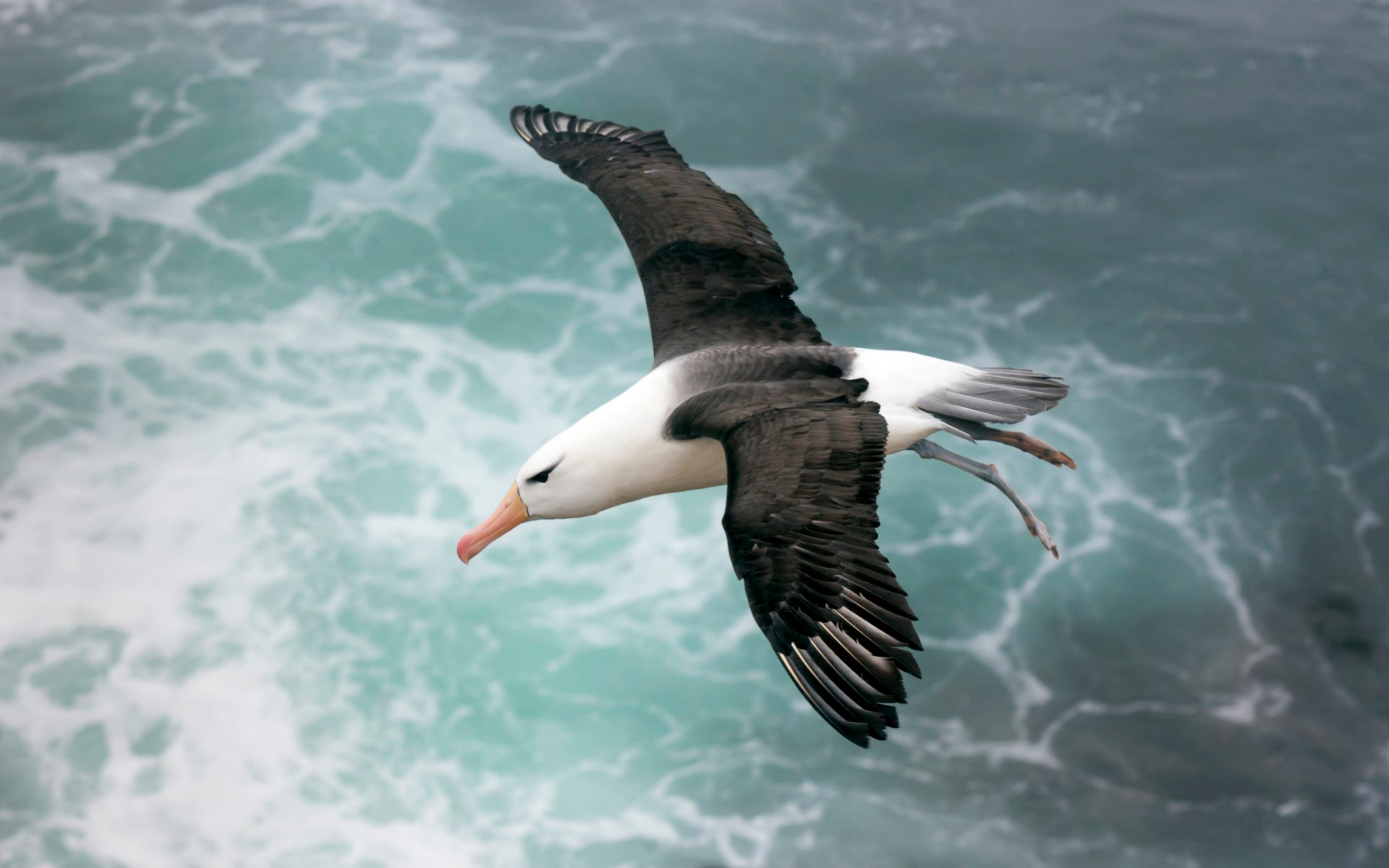 Around 250 albatrosses will be fitted with the radar-sensing beacons
credit : Dr Ferry

A report by the Environmental Justice Foundation revealed that they try to escape detection by changing vessel names and flags, concealing ownership and sometimes removing ships from registers.

Chinese-flagged vessels have often been suspected of breaching international regulations, according to campaigners.
Others have been registered in Panama, Belize or Malaysia, but even when ships are tracked with GPS and satellite systems, catching them in the act and taking their owners and operators to court can prove difficult and costly.

To avoid being apprehended by French authorities in the southern Indian Ocean, many vessels that fish illegally now prefer to operate in international waters, including Asian and South American trawlers that rarely use bird deterrent devices, officials said.