Project Eyes on the Seas: Pioneering Technology to Help End Illegal Fishing The Pew Charitable Trusts launched groundbreaking technology that will help authorities monitor,detect, and respond to illicit fishing activity across the world’s oceans.
Project Eyes on the Seas, as the system is known, furthers a long-term effort by Pew to dramatically reduce illegal or "pirate" fishing.

The Satellite Applications Catapult, an independent technology and innovation company, and The Pew Charitable Trusts, today launched their ground-breaking near real-time technology that will help authorities monitor, detect and respond to illegal fishing activity across the world’s oceans.

The live satellite monitoring system, Project Eyes on the Seas, has been developed by the Catapult for Pew and will initially be launched in the waters of Chile, Palau, and the UK Overseas Territories.
It is the latest significant stage in a long-term effort by Pew to dramatically reduce illegal or “pirate” fishing around the world, which is valued at $23.5bn annually.

Using multiple sources of live satellite tracking data, the system analyses the data and links it to information about a ship’s ownership, history and country of registration, providing a dossier of up-to-the-minute data that can alert officials to suspicious vessel movements. 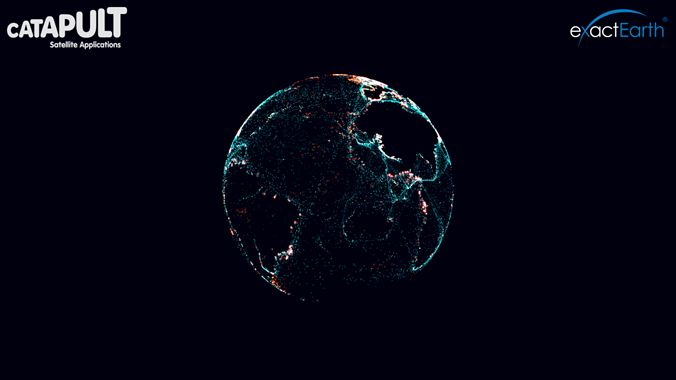 Stuart Martin, CEO of the Satellite Applications Catapult, said: “Satellite data is playing a key role in helping to put an end to illegal fishing. Through the tenacity of The Pew Charitable Trusts and the innovation and technological advancements developed by the Catapult and industry players, protecting our seas, the ecosystem and the livelihood of many villages can now become a reality, rather than an idealistic goal. The Catapult is delighted to be able to play a part in this.”

Project Eyes on the Seas will launch initially with a ‘Virtual Watch Room’ monitoring the waters surrounding Easter Island, a Chilean special territory; the Pacific island nation of Palau.
Over the next three years, the plan is to grow the system’s capability and scope as more countries, regional fisheries management organisations, and seafood retail groups commit to using it to ensure that only legally caught seafood is taken from the ocean and reaches consumers’ plates.

The Satellite Applications Catapult has partnered with the non-governmental organisation Pew Charitable Trusts and satellite data services company exactEarth Europe to capture and analyse satellite shipping data, and merge it with data from coastguards and local fishermen around the world to pinpoint the location of suspect vessels.
The result will be a powerful, nimble programme that will allow illegal fishers to be detected, tracked and prosecuted.

Joshua Reichert, Executive Vice President of The Pew Charitable Trusts, explained: “Project Eyes on the Seas is designed to transform the current very expensive and patchy system of information gathering and enforcement into a global system for identifying and tracking illegal fishing vessels that is far more cost effective. This system will enable authorities to share information on those vessels operating outside of the law, build a comprehensive case against them, track them into port or within reach of enforcement vessels, and take action against them.” 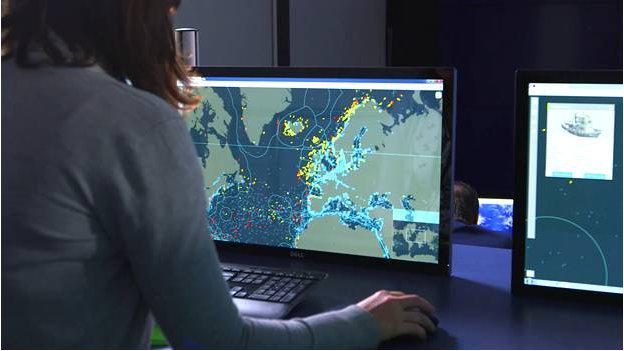 The Virtual Watch Room is intended to pay immediate dividends in remote ocean areas where Governments are considering establishing marine reserves to safeguard some of the planet’s last remaining near-pristine marine habitats.

Using the Virtual Watch Room to identify suspicious activities
courtesy of Pew Trusts
As the system develops into the next phase, new data sources will be integrated to add emerging technologies and respond to evolving needs.
Among the potential sources are additional satellite imagery, various types of optical imagery, imagery from unmanned aerial vehicles, crowd-sourced photographs and sightings, electronic signals such as radar on ships, and possibly radio broadcasts.

Over the next three years, the plan is for Project Eyes on the Seas to grow in capability and scope as more countries, regional fisheries management organizations, and seafood retail groups commit to using it to guarantee that only legally caught seafood is taken from the ocean and reaches consumers’ plates.