Seafloor topography in the Malaysia Airlines flight MH370 search area.
Dashed lines approximate the search zone for sonar pings emitted by the flight data recorder and cockpit voice recorder popularly called black boxes.
The first sonar contact (black circle) was reportedly made by a Chinese vessel on the east flank of Batavia Plateau (B), where the shallowest point in the area (S) is at an estimated depth of 1637 meters.
The next reported sonar contact (red circle) was made by an Australian vessel on the north flank of Zenith Plateau (Z).
The deepest point in the area (D) lies in the Wallaby- Zenith Fracture Zone at an estimated depth of 7883 meters.
The Wallaby Plateau (W) lies to the east of the Zenith Plateau.
The shallowest point in the entire area shown here is on Broken Ridge (BR).
Deep Sea Drilling Project (DSDP) site 256 is marked by a gray dot.
The inset in the top left shows the area’s location to the west of Australia.
Seafloor
depths are from the General Bathymetric Chart of the Oceans [2010].


Scientists have welcomed the decision to make all ocean depth data (bathymetry) gathered in the search for missing Malaysia Airlines flight MH370 publicly available.
A detailed survey of 60,000 sq km of seabed is to be undertaken to help refine the hunt for the lost jet.
The depth and shape of Earth's ocean floor is very poorly known.
Leading researchers say the MH370 example should be a spur to gather much better data elsewhere in the world.
The search has been hampered by the lack of a high-resolution view of the bed topography west of Australia.
This was apparent on the very first dive made by an autonomous sub investigating possible sonar detections of the aircraft's cockpit voice and flight data recorders.
It was forced to cut short the mission because it encountered depths that exceeded its operating limit of 4,500m. There are places thought to exceed 7,800m.

Australian Transportation Safety Board (ATSB) officials said this week that an area in the southern Indian Ocean the size of Tasmania would now be subject to a full survey using multibeam echo sounders (MBES).
A Chinese navy vessel, Zhu Kezhen, has already started on the project.
It will be joined by a commercial ship in June, with the work likely to take three months. 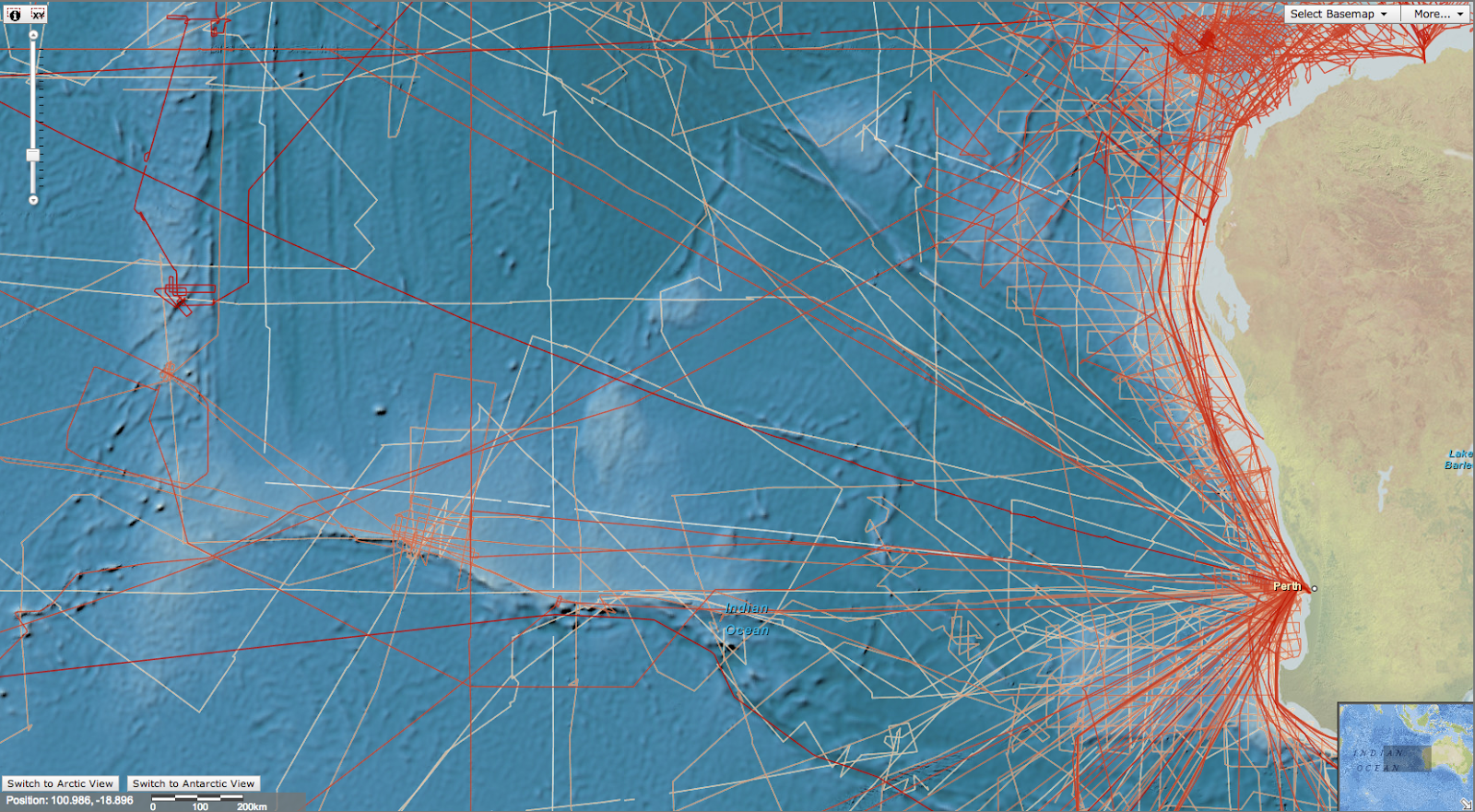 Drs Walter Smith and Karen Marks have assessed the paucity of bathymetric data in the region in an article for EOS Transactions, the weekly magazine of the American Geophysical Union.
The pair work for the US National Oceanic and Atmospheric Administration (Noaa).
They say only two publically accessible data-acquisition sorties have been conducted close to where search vessels made possible black box detections, and "both expeditions occurred prior to the use of modern multibeam echo sounders, so depth measurements were collected by single, wide-beam echo sounders that recorded on analogue paper scrolls, the digitizing of which is often in error by hundreds of metres".


Modern MBES uses GPS to precisely tie measurements to a particular location.
The equipment can not only sense depth very accurately (to an error typically of 2%), but can also return information on seafloor hardness - something that would be important in looking for wreckage in soft sediment.
Just 5% of a vast region, 2,000km by 1,400km, which includes the search locality, has any sort of direct depth measurement, Smith and Marks say.
The rest - 95% - is covered by maps that are an interpolation of satellite data.
These have a resolution no better than 20km. Maps of the arid surface of Mars are considerably better.

"The state of knowledge of the seafloor in the MH370 search area, although poor, is typical of that in most of Earth's oceans, particularly in the Southern Hemisphere," the pair write.
"In many remote ocean basins the majority of available data are celestially navigated analogue measurements because systematic exploration of the oceans seems to have ceased in the early 1970s, leaving the ocean floors about as sparsely covered as the interstate highway system covers the United States.
"When these sparse soundings are interpolated by satellite altimetry, the resulting knowledge of seafloor topography is 15 times worse in the horizontal and 250 times worse in the vertical than our knowledge of Martian topography." Smith and Marks hope that the detailed survey work now being conducted in the search for MH370 will be a catalyst to gather better data in other parts of the globe.
High-resolution bathymetry has myriad uses.
"Better knowledge of the ocean floor means better knowledge of fish habitats. This is important for marine conservation, and could help us find biological resources including new medicines," Dr Smith told BBC News.
"It means also a better ability to assess the mineral resource potential of the seabed. And it means better knowledge of the obstacles to flow that cause turbulence and mixing in the oceans.
"We need this mixing and circulation information to make good models of future climate. All of these things depend on knowing the topography of the sea floor."

The Australian Joint Agency Coordination Centre, which disseminates all information on the hunt for MH370, confirmed that the MBES survey data would be publicly available.
"The bathymetry data gathered in the course of the search for MH370 will become the property of the Australian Government. Recognising the importance of that data, it will be made available to the public via both Australian and international databases," the JACC told the BBC.

On Tuesday, all the raw satellite data from the London telecommunications company Inmarsat was also put in the public domain.
It was this information that led investigators to look for wreckage in the southern Indian Ocean.