What happens when oil spills in the Arctic?

A South Korean icebreaker sails through the Chukchi Sea in 2013.
A new report details the ways in which the United States must bolster its ability to respond to a mishap as traffic and energy development increase in the Arctic.

From National Geographic by Christina Nunez

As sea ice melts and the oil industry prepares to exploit the Arctic's vast resources, the United States faces big gaps in its preparedness for an oil spill in the region, according to a report released Wednesday by the National Research Council (NRC).

The 183-page report marks the first time in more than ten years that the NRC, an arm of the National Academy of Sciences, has taken a comprehensive look at the impact of oil and gas exploration in the Arctic.
In the intervening decade, sea ice cover hit a record low, shipping traffic increased dramatically, and the price of oil rose sharply, prompting such companies as Shell,* ExxonMobil, and ConocoPhillips to acquire new leases for oil and gas.
(Related: "Ice-Breaking: U.S. Oil Drilling Starts as Nations Mull Changed Arctic.")

The Arctic contains an estimated 13 percent of the world's undiscovered oil, and one-third of that oil lies within U.S. territory.
Shell's attempt to drill into it in 2012 illustrated the challenge of working in the Arctic: The campaign ended with the drilling rig, the Kulluk, running aground and needing to be rescued.
(See: "Coast Guard Blames Shell Risk-Taking in Kulluk Rig Accident.")
Shell and other companies have suspended Arctic drilling plans for 2014, but there is little doubt the push to develop the region's energy resources will continue.
(Read more Arctic coverage from the Great Energy Challenge.)
The NRC report invokes the Kulluk incident, as well as the BP Deepwater Horizon and Exxon Valdez disasters, as cautionary tales. It was authored by a committee that included representatives from academia, research and environmental organizations, and the energy industry.
(Related: "Summer Arctic Sea Ice Recovers From 2012, But Trend 'Decidedly' Down.")

Report
Here are five of the gaps that the panel says need to be addressed for the U.S. to be ready for an oil spill in the Arctic:

Much of the existing research on oil properties and spill response has been done for temperate regions, the report notes.
More research is needed to understand how oil behaves in an Arctic environment—and unfortunately, the best way to find out is to spill some in a controlled way.
Research facilities such as the Ohmsett test center in New Jersey have simulated spills in icy conditions.
But permits to deliberately release oil into U.S. waters for research have become harder to obtain in the United States in the past 15 years.
The NRC advocates a streamlined permit process.
(Related: "As Arctic Melts, a Race to Test Oil Spill Cleanup Technology.")

2. We need to know more about the Arctic.

The technology available for monitoring and mapping the Arctic has improved markedly over the last decade, but there are significant holes. "
A decade ago, I think there was hope we might have filled some of these data gaps," says Mark Myers of the University of Alaska, Fairbanks, who contributed to the report.
"Fundamental, high-resolution data that we need sometimes just isn't there." 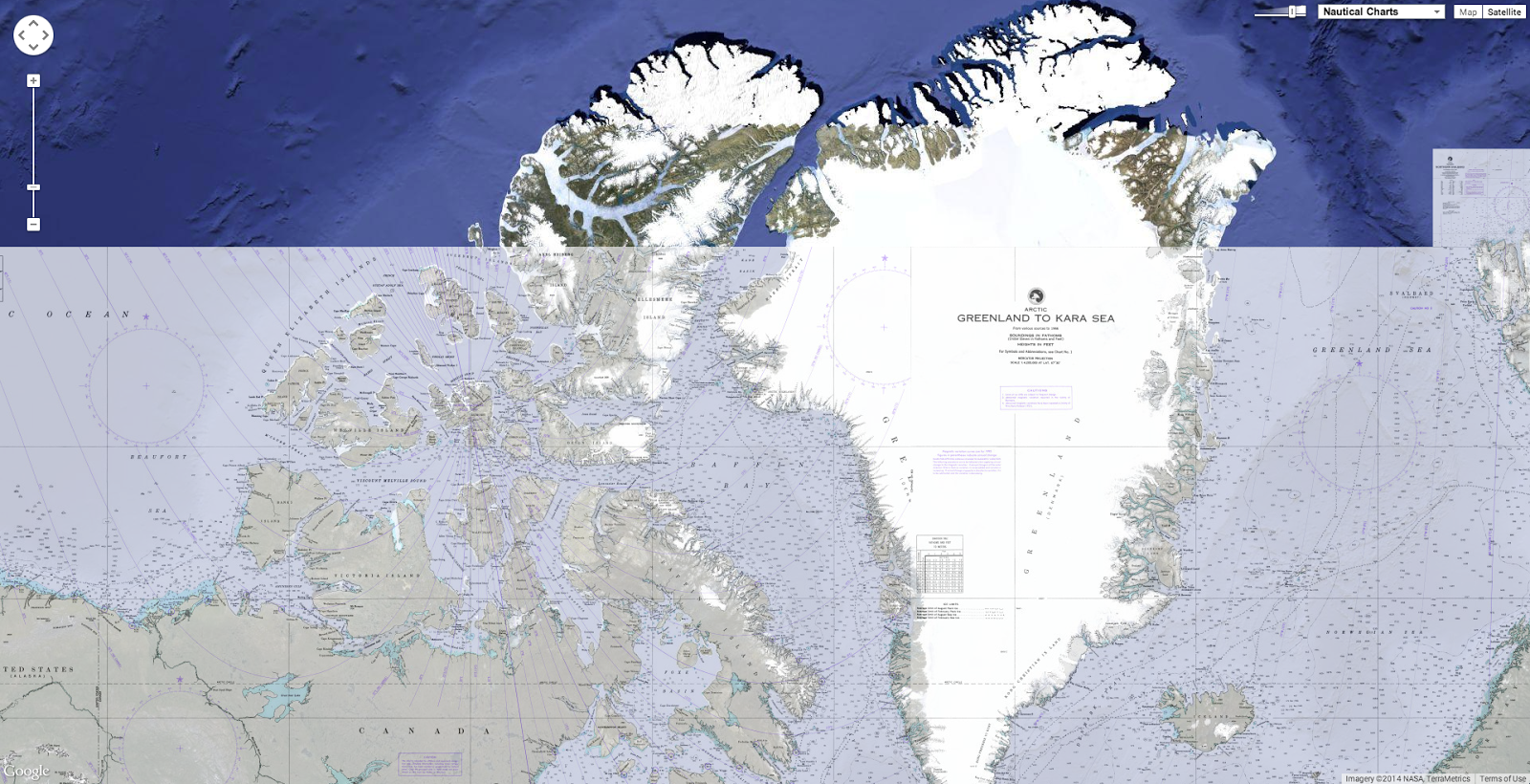 Existing nautical charts for the Arctic shoreline are "mostly obsolete," the NRC says, with many of them last updated in the 1950s.
Less than 10 percent of the coastline, some 2,200 miles (3,540 kilometers), has adequate data on seafloor topography, Myers says.
That increases the chance a vessel could run aground and spill oil, according to the report, and it could hamper a cleanup too.
So could ice and stormy seas, of course.
The report points to a need for better real-time data and forecasts of sea ice coverage and thickness. Though energy companies target late summer and early fall for exploration activity, "ice-free regions can transition to ice-covered conditions in a matter of days at the start of a fall freeze-up," the report says.
Sea ice does offer one advantage, though, according to the report: It could help contain spilled oil in a way that would make it easier to set fire to and burn off.

"The U.S. Coast Guard has a low level of presence in the Arctic, especially during the winter," the NRC warns. Its closest station to the Arctic, in Kodiak, is more than 900 air miles (1,448 kilometers) south of Alaska's North Slope, limiting its ability to respond to a spill quickly.
"A 'presence' is bodies, but it is also vessels or platforms, and aerial capability for airlift in the event of an oil spill response," says Martha Grabowski, who chaired the NRC report committee.
"The transportation infrastructure that the rest of us would presuppose to be existing as it is in the lower 48 simply doesn't exist up north."
But "the Coast Guard can't do this alone," Grabowski says; it doesn't have the budget.
The NRC report stresses the need for public-private partnerships and community engagement to address the challenges of dealing with an Arctic spill.

4. We need to work with the Russians.

Last year, the Northern Sea Route between Asia and Europe saw many firsts: the first transit for a container ship, the first voyages for Chinese and South Korean vessels—and the first tanker accident.
Russia has promoted use of the route, where its state-operated icebreaker fleet offers mandatory escort in exchange for a fee.
Among the ships traveling the Northern Sea Route last year, the NRC says, were oil tankers carrying more than 800,000 barrels of oil.
(Related: "Arctic Shipping Soars, Led by Russia and Lured by Energy.")
The expansion of the Northern Sea Route has in turn led to increased traffic through U.S. waters in the Bering Strait.
This points to the need for better traffic management—the U.S. doesn't have a system for monitoring ships in the Arctic.
But "the international demarcation line [between Russian and U.S. waters] runs right down the middle of the Bering Strait, so we can't make a unilateral determination with respect to what to do for vessel traffic monitoring," Grabowski says.
The United States should also conduct joint oil spill response exercises with Russia, the report says. Such planning has already taken place with Canada, but even though the U.S. has an oil spill response agreement with Russia, it has not conducted formal exercises or hammered out any contingency plans.

5. We need a plan for wildlife.
The Arctic is home to endangered species such as bowhead whales, polar bears, and ringed seals. Rehabilitating wildlife affected by an oil spill in the Arctic is complicated by remote locations, adverse conditions, the use of marine mammals for subsistence by indigenous people, and safety concerns (dealing with an injured walrus or polar bear is more hazardous than dealing with, say, an oiled pelican).
What's more, there's no plan for keeping animals out of harm's way in the Arctic.
"There is a general lack of scientific study, approved protocols, and consensus" on how best to deter wildlife from entering a spill zone, the report says.
(Take the quiz: "What You Don't Know About Energy in the Changing Arctic.")