Antarctica's mighty Pine Island Glacier (PIG) is now very probably in a headlong, self-sustaining retreat.
This is the conclusion of three teams that have modelled its behaviour.
Even if the region were to experience much colder conditions, the retreat would continue, the teams tell the journal Nature Climate Change.

This means PIG is set to become an even more significant contributor to global sea level rise - on the order of perhaps 3.5-10mm in the next 20 years.
"You can think of PIG like a ball. It's been kicked and it's just going to keep on rolling for the foreseeable future," said Dr Hilmar Gudmundsson from the British Antarctic Survey (BAS).
PIG is a colossal feature.
Covering more than 160,000 sq km (two-thirds the size of the UK), it drains something like 20% of all the ice flowing off the west of the White Continent. 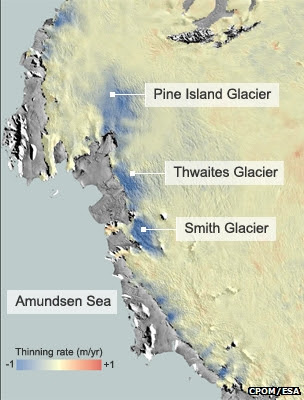 Satellite and airborne measurements have recorded a marked thinning and a surge in velocity in recent decades.
Its grounding line - the zone where the glacier enters the sea and lifts up and floats - has reversed tens of km over the same period.
Much of this behaviour is driven not by higher air temperatures in the cold south but by warm ocean bottom-waters getting under and eroding the floating ice shelf at the head of the glacier.
Key to PIG's observed behaviour is that a large section of it sits below sea level, with the rock bed sloping back towards the continent.
This can produce what scientists refer to as a "marine ice sheet instability" - an inherently unstable architecture, which, once knocked, can go into an irreversible decline. 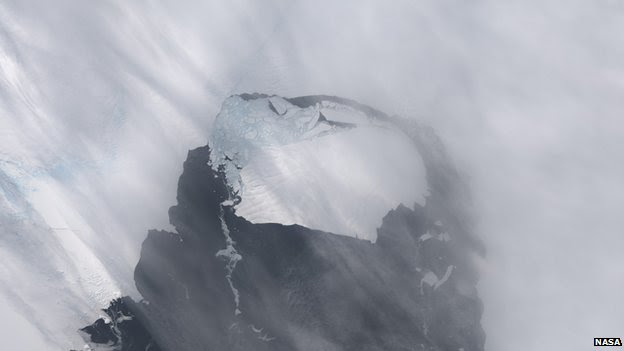 Dr Gudmundsson's group, together with colleagues in the UK, France and China, have used numerical models to describe PIG's current and future behaviour, and they argue that it has now entered just such a mode.
"Even if you were to reduce melt rates, you would not stop the retreat," Dr Gudmundsson told BBC News.
"We did a number of model runs where we allowed PIG to retreat some distance back, and then we lowered the melt rates in our models. And despite doing that, the grounding line continued to retreat.
"You can talk about external forcing factors, such climate and ocean effects, and then there are internal factors which are the flow dynamics. What we find is that the internal dynamics of flow are such that the retreat is now self-sustaining."
This has major implications for sea level rise.
The Amundsen Bay, the area of West Antarctica containing PIG and other large glaciers, is currently dumping more than 150 cu km of ice a year into the ocean.
If the forecasts of Dr Gudmundsson and colleagues are correct, PIG could now lead an accelerating trend. 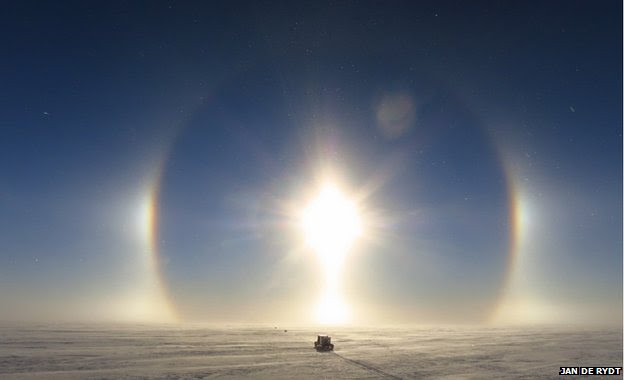 BAS has just completed a traverse across PIG, gathering data to further characterise its behaviour

The teams write in their journal paper: "The [PIG's] associated mass loss increases substantially over the course of our simulations from the average value of 20 billion tonnes a year observed for the 1992-2011 period, up to and above 100 billion tonnes a year, equivalent to 3.5-10mm eustatic sea-level rise over the following 20 years."
By way of comparison, the most recent satellite data suggested West Antarctica as a whole was contributing about one-third of one millimetre per year to sea level rise.

A recent study, from a different research group at BAS, indicated that year-to-year variability in the melting of the glacier was very sensitive to the amount of warm ocean-bottom water reaching the ice shelf's underside.
This group noted that a high ridge on the sea floor could at times block the action of the warm water, resulting in a slowdown in the rate of melting.
Dr Andy Shepherd from Leeds University is connected with neither study but follows PIG's progress closely via satellite observations.
He suspects the perspective taken in the new Nature Climate Change paper properly describes the long-term outcome.
"Although there have been reports that PIG is sensitive to short-term changes in climate, this latest simulation of the glacier response to long-term forcing matches closely with satellite observations of continued retreat, and provides compelling evidence that increased ice losses are inevitable in the future," he said.

Dr Gudmundsson cautions that computer models are simulations that carry uncertainties, and must be constrained and improved by the further infusion of real-world data.
BAS is engaged in a big project, known as iStar, which is trying to do just this.
Expeditions are currently in the Antarctic taking measurements across the glacier's surface and in the waters into which it flows.