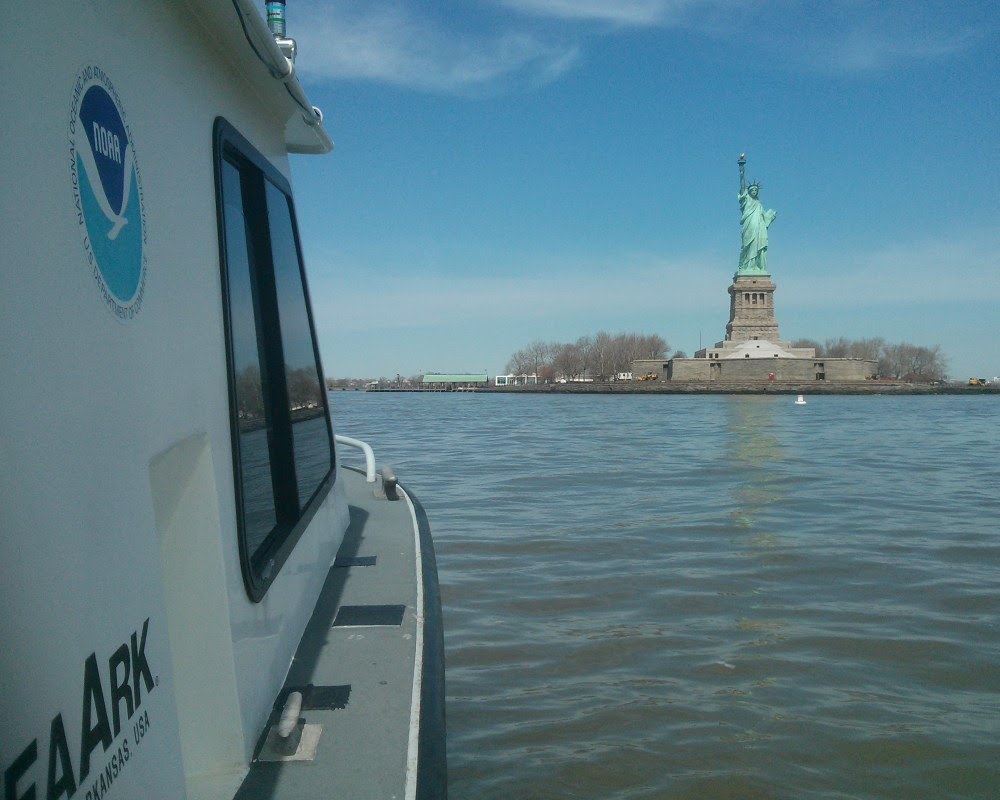 
A day after the administration released the Hurricane Sandy Rebuilding Task Force progress report, three federal agencies have announced plans for remapping parts of the East Coast, where Hurricane Sandy altered seafloors and shorelines, destroyed buildings, and disrupted millions of lives last year.
NOAA, the U.S. Geological Survey, and the U.S. Army Corps of Engineers are using emergency supplemental funds provided by Congress to survey coastal waters and shorelines, acquiring data that will update East Coast land maps and nautical charts.
Using ships, aircraft, and satellites, the agencies will measure water depths, look for submerged debris, and record altered shorelines in high priority areas from South Carolina to Maine, as stipulated by Congress in the Disaster Relief Appropriations Act of 2013.
The areas to be remapped will be based on their relative dangers to navigation, effects from the storm, and discussions with state and local officials as well as the maritime industry.

“Our approach is to map once, then use the data for many purposes,” said NOAA Rear Admiral Gerd Glang, director of NOAA’s Office of Coast Survey.
“Under the Ocean and Coastal Mapping Integration Act, NOAA and its federal partners are taking a 'whole ocean' approach to get as much useful information as possible from every dollar invested to help states build more resilient coastlines.” 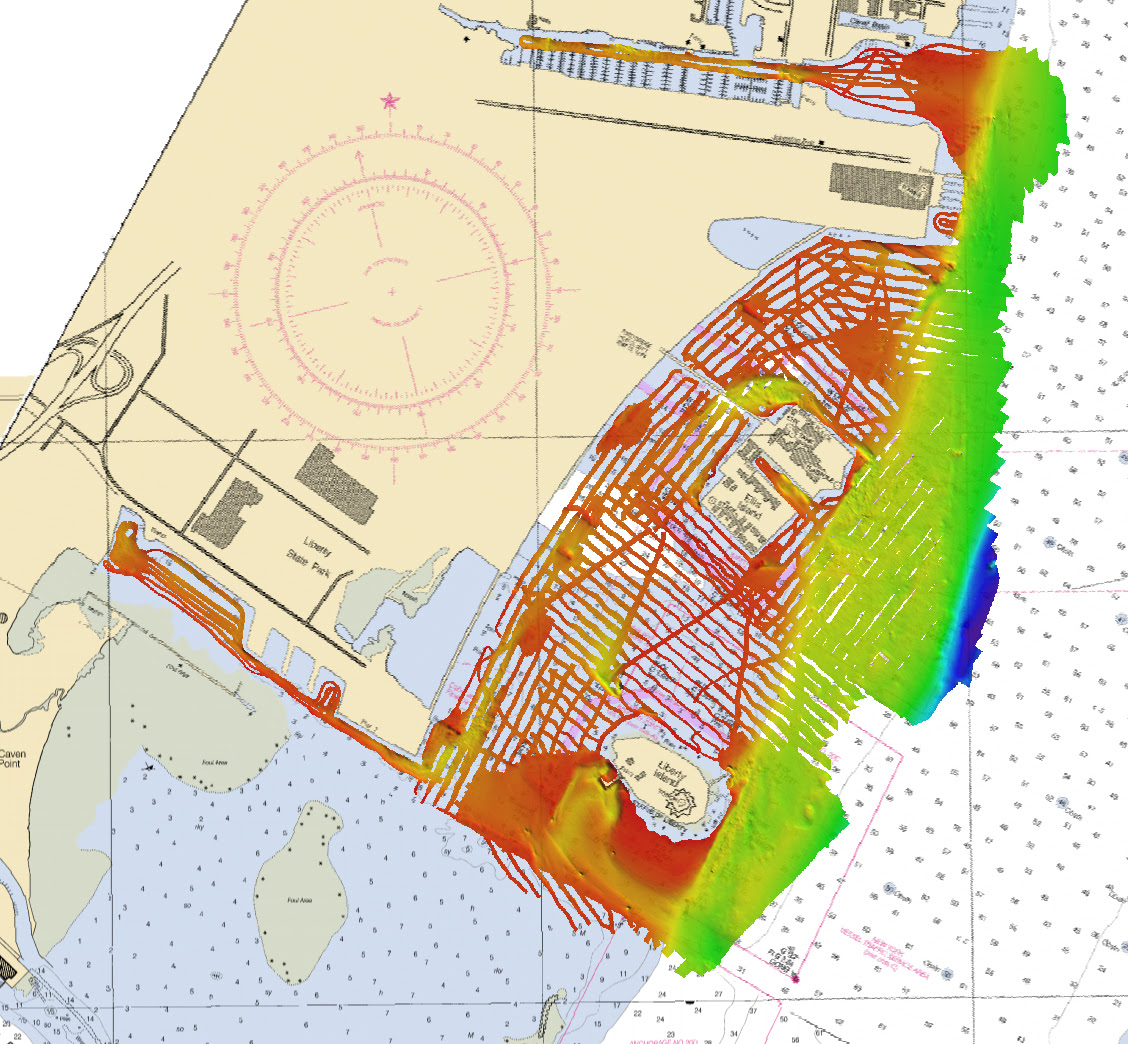 Navigation Response Team 5 prepared this graphic depiction of their surveys of Liberty Island and adjacent areas.

The data, much of which will be stored at NOAA’s National Geophysical Data Center, and through NOAA’s Digital Coast, will be open to local, state, and federal agencies as well as academia and the general public.
The information can be applied to updating nautical charts, removing marine debris, replenishing beaches, making repairs, and planning for future storms and coastal resilience.


The three federal agencies are collaborating for greater topographic and hydrographic coverage and to promote efficiency.
Earlier this year, a NOAA navigation response team surveyed the waters around Liberty Island and Ellis Island in New York harbor, measuring water depths and searching for debris that could cause a danger to navigation.
Also, NOAA Ship Thomas Jefferson began surveying the approaches to the Delaware Bay in June.
NOAA plans to contract with commercial firms for additional hydrographic survey projects and high resolution topographic and bathymetric elevation data and imagery in the region.
The U.S. Geological Survey will collect very high-resolution elevation data to support scientific studies related to the hurricane recovery and rebuilding activities, watershed planning and resource management.
USGS will collect data in coastal and inland areas depending on their hurricane damages and the age and quality of existing data.
The elevation data will become part of a new initiative, called the 3D Elevation Program, to systematically acquire improved, high-resolution elevation data across the United States.

“The human deaths and the powerful landscape-altering destruction caused by Hurricane Sandy are a stark reminder that our nation must become more resilient to coastal hazards,” said Kevin Gallagher, associate director for Core Science Systems at USGS. "Sandy's most fundamental lesson is that storm vulnerability is a direct consequence of the elevation of coastal communities in relation to storm waves. Communities will benefit greatly from the higher resolution and accuracy of new elevation information to better prepare for storm impacts, develop response strategies, and design resilient and cost-efficient post-storm redevelopment."
The Army Corps of Engineers and its Joint Airborne Lidar Bathymetry Technical Center of Expertise are covering particular project areas in Massachusetts, Virginia, and New Jersey.
They will coordinate operations, research, and development in airborne lidar bathymetry and complementary technologies for USACE, NOAA, and the U.S. Navy.
Preliminary U.S. damage estimates are near $50 billion, making Sandy the second-costliest cyclone to hit the United States since 1900.
There were at least 147 direct deaths recorded across the Atlantic basin due to Sandy, with 72 of these fatalities occurring in the mid-Atlantic and northeastern United States.
This is the greatest number of U.S. direct fatalities related to a tropical cyclone outside of the southern states since Hurricane Agnes in 1972.
Posted by Peio at 1:23 AM