The proposal, backed by the European Union, covers seven coastal zones in East Antarctica.
From BBC

Negotiators meeting in Germany are set to decide on the establishment of the world's biggest marine reserves in Antarctica.

Scientists are hoping the plans for protected areas in the Ross Sea and in Eastern Antarctica will be supported.
But a previous attempt failed to get the necessary backing of all 25 members involved.
And there are worries that countries including Russia could again scupper the proposal. The plan is aimed to strike a balance between conservation and sustainable fishing.
Picture: John B. Weller

The Commission for the Conservation of Antarctic Marine Living Resources (CCAMLR) is made up of countries with an interest in the Southern Ocean, and includes Australia, the US, the UK, China and Russia among its members.
Any decisions taken require consensus among all parties.

This meeting in Bremerhaven has been called to deal specifically with proposals for the establishment of reserves that would ban fishing and protect species including seals and penguins.
If successful the plans would more than double the area of the world's oceans that are protected.

The idea of creating marine protected areas has been around for several years - but when it came to a decision late last October, several countries including Russia, the Ukraine and China had reservations and the meeting ran out of time.

The US and New Zealand are again backing a proposal to create a marine protected zone in the Ross Sea with a total area of 2.3m sq km, making it the biggest in the world.

According to Andrea Kavanagh, director of the Pew Charitable Trusts' Southern Ocean campaign, this would have a major benefits for a range of species.
"While it is called the Ross Sea, a portion of it is frozen solid 365 a year and provides a critical habitat for hundreds of species of birds, mammals, fish and invertebrates including 38% of the world's Adelie penguins and 26% of the world's Emperor penguins," she said.
Another proposal from Australia, France and the European Union would create protected areas in East Antarctica covering around 1.63m sq km Australia and France have developed a plan to protect 1.9 million square kilometres of East Antarctica as new marine parks.
Picture: John B. Weller

Australia's minister for environment, Mark Butler MP, said the East Antarctic proposal would be a significant undertaking but would be about more than just protecting species.
"The MPA also includes scientific reference areas where we can measure long term changes and natural variability - essential pieces of information to ensure the conservation of key features and the sustainability of fishing in the region," he said.

Fishing is a big sticking point with species like krill and patagonian toothfish proving highly lucrative for boats from a range of countries, including South Korea, Norway and Japan.


The Commission for the Conservation of Antarctic Marine Living Resources (CCAMLR) was established by international convention in 1982 with the objective of conserving Antarctic marine life.
This was in response to increasing commercial interest in Antarctic krill resources, a keystone component of the Antarctic ecosystem. CCAMLR is an international commission with 25 Members, and a further 10 countries have acceded to the Convention.
Based on the best available scientific information, the Commission agrees a set of conservation measures that determine the use of marine living resources in the Antarctic.

In for the krill

The tiny shrimp like Antarctic krill are a key element of the ecosystem, as they are part of the diet of whales, penguins, seals and sea birds.
However demand for krill has risen sharply in recent years thanks to growing interest in Omega-3 dietary supplements.

In the months since the last meeting in Tasmania, diplomats have been working hard to stress the scientific case for ending fishing in these regions of Antarctica.
"There were a number of issues raised by countries including China, Russia and the Ukraine, they related to issues such as access to fishing and there were questions about the science," Bob Zuur, from campaigners WWF.
"The proponents have heard those concerns and have prepared detailed responses - we expect that those issues have now been addressed."
Environmentalists are worried that there may be attempts at a compromise, with a proposal from Norway for what's termed a "sunset clause". 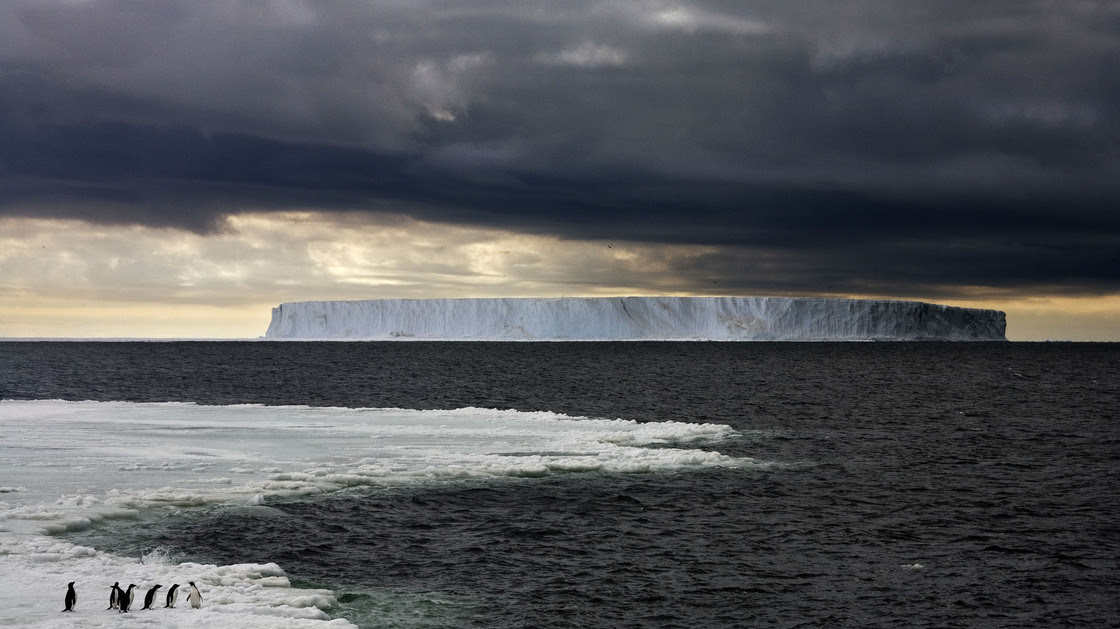 Supported by Russia and Japan it would mean the protected areas in the East Antarctic would be reviewed in 2064 and the Ross Sea in 2043.
Campaigners say that this is an unusual idea, given that protected areas on land or in the seas are usually designated in perpetuity.

If the meeting doesn't come to a decision or it is likely that unanimity can't be achieved, it is possible that the meeting will refer the issue forward to CCAMLR's annual gathering towards the end of this year.