Beidou (Compasss) Satellite Navigation System is a global satellite navigation system consisting of 35 satellites.
It became operational with coverage of China in December 2011.
Services to customers in Asia-Pacific region will be offered by 2012 and the global system should be finished by 2020.


China's satellite navigation system has become operational, according to an official.
Beidou now offered location, timing and navigation data to China and surrounding areas, announced the project's spokesman Ran Cheng.
China has been working on the system since 2000 to provide an alternative to the US government-run Global Positioning System (GPS).
The move should make China's military less dependent on foreign technology.
A launch earlier this month delivered the 10th of Beidou's satellites into orbit.

Beijing plans to send a further six satellites into space by 2012 to extend the system to most parts of Asia, and then expand the network to a total of 35 satellites offering global coverage by 2020.
Interested parties are invited to study a test version of the project's Interface Control Document, which has been placed online 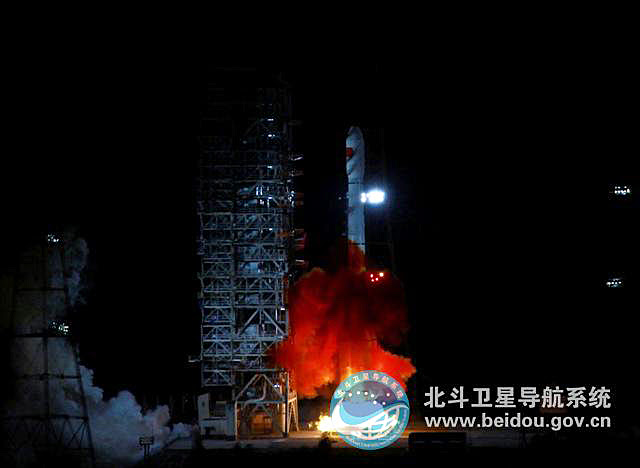 Beidou - which translates as the Plough, or Big Dipper - promises to offer civilian users positioning information correct to the nearest 10m, measure speeds within 0.2m per second, and provide clock synchronisation signals accurate to 0.02 millionths of a second.
The Chinese military will be able to obtain more accurate data.

A 2004 study by Geoffrey Forden, a researcher at the Massachusetts Institute of Technology, US, suggested that Beidou could be used to target cruise missiles against Taiwan if a war broke out over the territory.
Having its own system would protect China against the risk that the US could turn GPS off.
A 2011 report for the website defensepolicy.org suggested the network could also be used to guide drones to destroy foreign naval forces were China to come under attack.
However, Beidou's developers also stress day-to-day benefits for the public.
They told China Daily that the system could create a 400 billion yuan ($63.2bn, £40.4bn) market in related applications for the automotive, telecommunications, fishing and other industries by 2020.

Mr Ran also noted that the system is compatible and interoperable with the world's other navigation systems.
Beyond GPS, Russia operates the Glonass network.
It recently launched a series of satellites to cover gaps in its system and reported earlier this month that it once again covered 100% of the Earth's surface.
The EU is also developing its own system - Galileo.
The first of its operational satellites entered orbit in October.
The European Space Agency said the network should be completed in 2019.
Meanwhile, American defence developer Lockheed Martin is working to upgrade the US's system to GPS III.
The firm has begun constructing a prototype next-generation satellite in a facility near Denver.
The US Air Force said the new system would have more power, making it harder for enemies to jam it, and allowing the signals to penetrate deeper into built up cities and dense foliage.
The Congressional Budget Office has estimated that the project will cost $25bn by 2025.