Image of the week : Swirls of color in the Yellow Sea Water covers 71 percent of Earth’s surface, giving rise to the nickname “the Blue Marble” or “the Blue Planet.”
Satellites that observe ocean color, however, show that it’s not that simple.
Materials in the water—living or otherwise—are often stirred and mixed until the surface swirls with hints of blue, green, tan, white, and brown.

One area where this is extremely apparent is the Yellow Sea, pictured here in an image acquired on February 24, 2015, by the Moderate Resolution Imaging Spectroradiometer (MODIS) on NASA’s Aqua satellite.
“The region of Bohai Sea, Yellow Sea, and East China is one of the most turbid and dynamic ocean areas in the world,” said ocean color expert Menghua Wang of the National Oceanic and Atmospheric Administration.

In the image, the brown area along China’s Subei Shoal is turbid water commonly seen in coastal regions.
According to Wang, shallow water depths, tidal currents, and strong winter winds likely contributed to the mixing of sediment through the water. 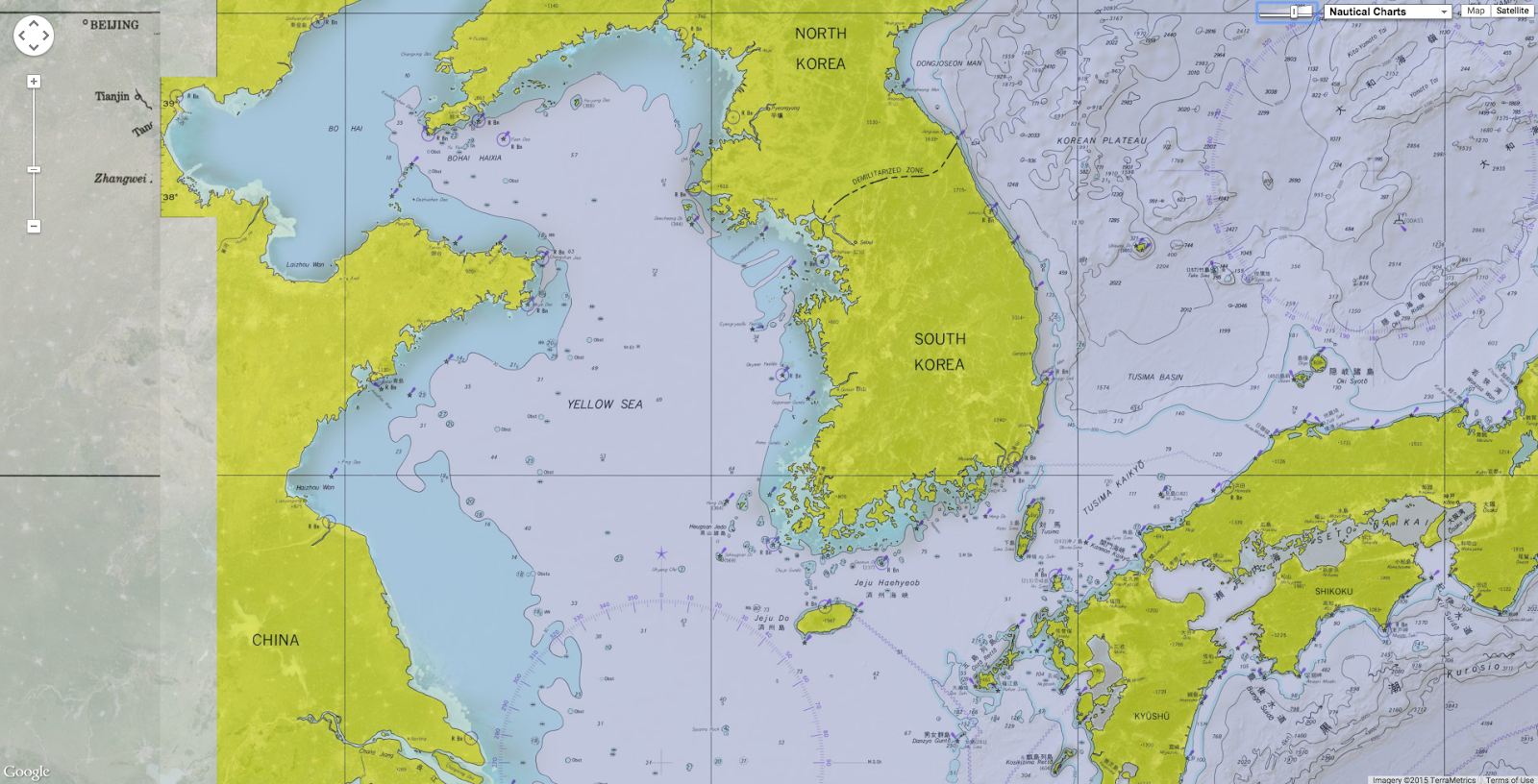 Interpreting satellite images of ocean color can be a challenge, especially in complex regions like the Yellow Sea.
Upcoming missions such as the Pre-Aerosol, Clouds, and ocean Ecosystem (PACE) should help scientists to better distinguish the particles and materials in the atmosphere and ocean.
Posted by geogarage at 1:04 AM