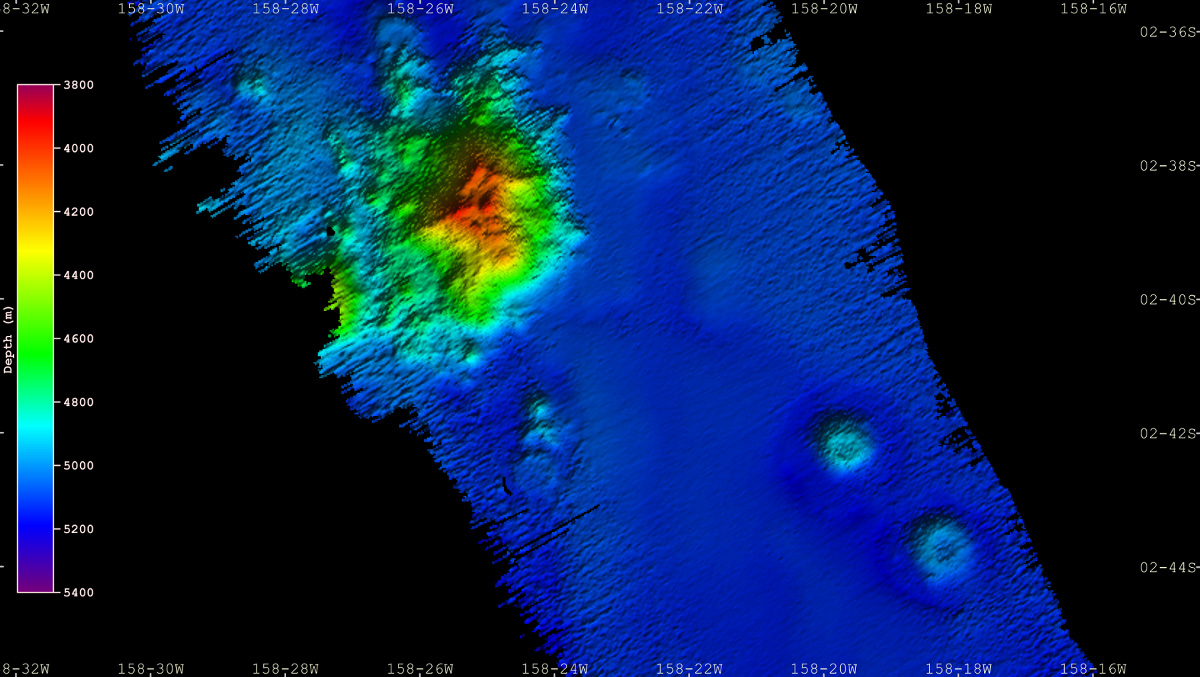 Plain view of a CUBE 40-m resolution grid (2x vertical exaggeration) of the seafloor area surrounding the discovered seamount.
The seamount, estimated to be more than 1,100 meters high, was discovered in the midst of a feature-rich stretch of seafloor approximately 5,100 meters deep.

A notable discovery has come out of the U.S. Extended Continental Shelf (ECS) Task Force mapping efforts in an area of the Pacific Ocean that is one of the least explored of the Earth's oceans.

While enroute to map seafloor features targeted for investigation, the ship discovered a new unmapped seamount that was surveyed in its entirety (Figure 1).
The Kilo Moana’s advanced mapping system uncovered the seamount, estimated to be more than 1100 m high, in the midst of a feature-rich stretch of seafloor approximately 5100 m deep. Underwater features are generally considered seamounts if they reach a height of at least 1000 m above the seafloor. Seamounts are typically formed from extinct, submerged volcanoes, and can be found in the ocean around the world.
The as-yet-unnamed seamount is located about 300 kilometers southeast of Jarvis Island, in the South Pacific Ocean and has a conical shape with a 7-km diameter base and a maximum estimated slope of 23 degrees. 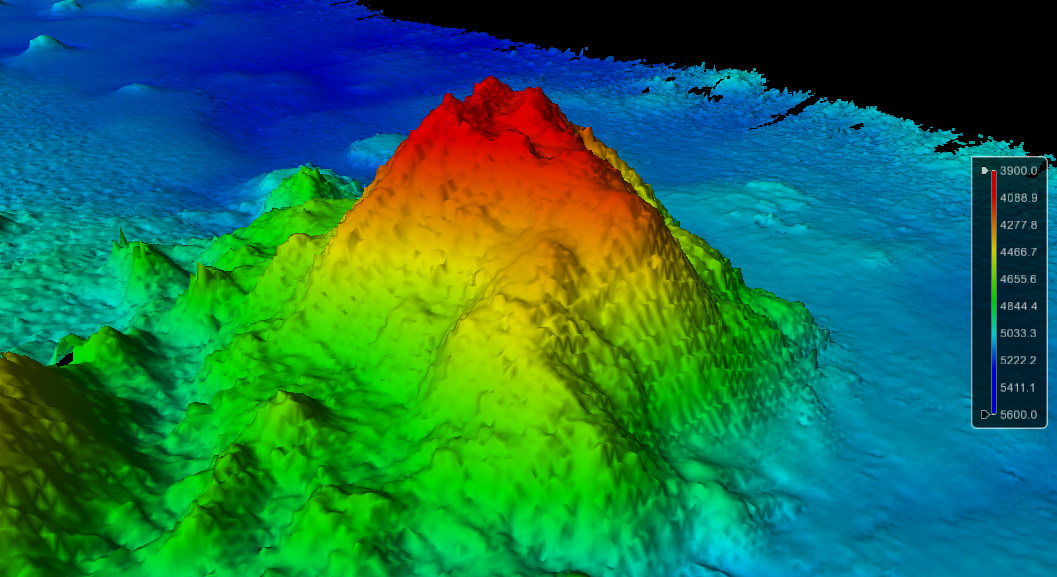 In its neighborhood there are several smaller topographical features with different shapes and scales. 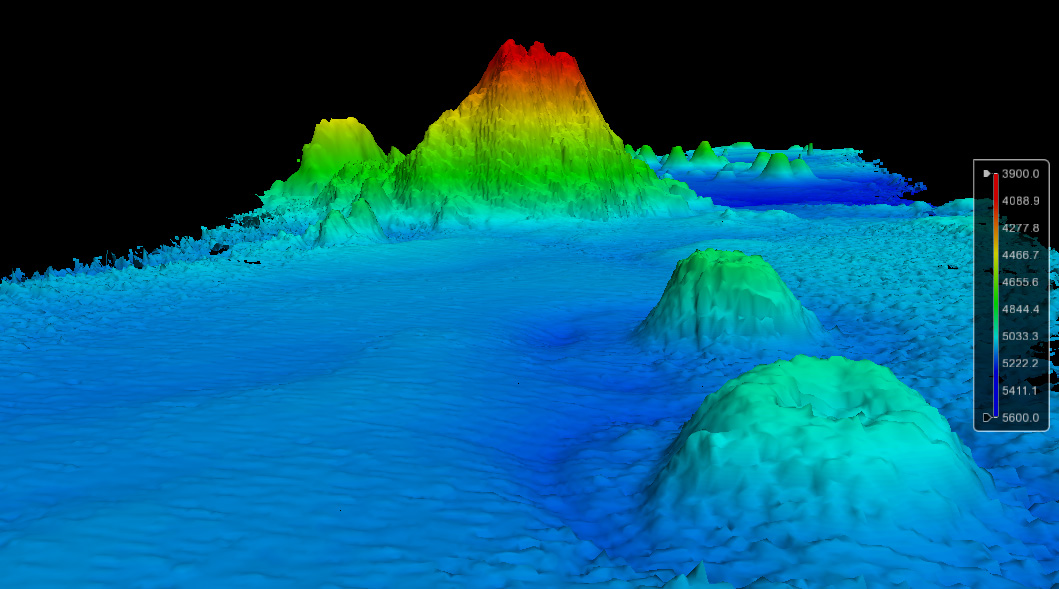 3D view of the seamount area (SE point of view and 3.5x vertical exaggeration) showing two volcanoes, in the foreground, with the discovered seamount in the background.

Seamounts often support diverse communities of marine organisms, including commercially and ecologically important fish species, due to their high relief and their effect on localized ocean currents.

The Kilo Moana is participating in the work of the U.S. Extended Continental Shelf Task Force, a multi-agency project to delineate the outer limits of the U.S. continental shelf beyond 200 nautical miles, mapping an area of the Pacific Ocean that is one of the least explored of the Earth's oceans
NOAA is one of the co-vice chairs of the task force.
In the course of the ECS effort, discoveries like this seamount are surprisingly common.

When this project was added to the President’s budget in 2008, NOAA’s Office of Ocean Exploration and Research (OER) assumed the agency’s annual funding and project coordination responsibilities. OER routinely works in conjuction with NOAA’s Office of Coast Survey and UNH/JHC to carry out the bathymetric mapping for this project.

The UNH JHC is a formal cooperative partnership between the University of New Hampshire and NOAA.
Its aim is to create a national center for expertise in ocean mapping and hydrographic sciences.