Costa Concordia salvage begins: Will it stay in one piece during righting?

Delayed by three hours because of strong thunderstorms, the unprecedented operation of salvaging the massive Costa Concordia cruise began Monday morning off the coast of Italy, near the island of Giglio.

The giant vessel ran aground and tipped over in January 2012, killing 32 of the 4,200 people on board.
Righting the ship could take up to two days, but engineer Sergio Girotto said he's an optimist, expecting the operation to take about 12 hours.
"I don't think we will continue into the night," he said. "After we start pulling, we should see something." 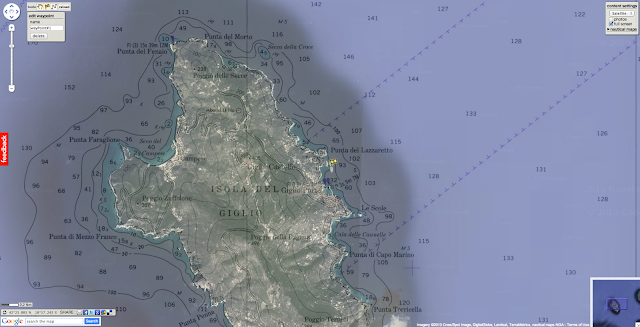 It sounds counterintuitive, but in order to salvage the Costa Concordia, crews will sink portions of it deeper underwater.
The ship will then be pulled off the seabed and rotated onto giant platforms 30 meters below the water level.
Areas of the ship that have been dry for months will be submerged and filled with water.
It's a process known as "parbuckling," and it's become a household term in Giglio, the tiny island that was transformed when the Costa Concordia ran aground off its coast in January 2012.
A ship this large and this heavy -- weighing 114,000 tons -- has never been parbuckled before.
Normally, crews would blow up the ship or take it apart on site.
But officials say that's not an option with the Costa Concordia, because the ship is filled with toxins, and because there are two bodies still believed to be either trapped between the ship and its rocky resting place or somewhere deep in the ship's hollow hull.
What's inside of wrecked cruise ship?

The two missing victims from the cruise ship disaster are Russel Rebello of India, and Maria Grazia Trecarichi of Sicily, Italy.
Rebello, 33, was a cruise waiter who was last seen helping passengers off the ship.
Trecarichi was on the cruise to celebrate her 50th birthday with her 17-year-old daughter, one of thousands of people who survived the deadly shipwreck.


On Monday, her daughter and husband will watch crews try to rotate the ship and, hopefully, find Trecarichi's remains.
Technicians and salvage managers from all over the world will be watching closely to see what goes wrong and what works.
"It will set the new standard for maritime salvage," Giovanni Ceccarelli, the project's engineering manager, told CNN.
Hundreds of people and dozens of companies have collaborated on the preparations, but the parbuckling will come down to 12 people, including the salvage master and specialized technicians, who will be guiding the operation from inside a prefabricated control room set up on a tower on a barge in front of the ship.

Parbuckling, or righting, the ship could be done in a day or so -- provided the weather conditions agree.
So far, they seem to be, officials said on a website tracking the operation.
It's a major turning point in a salvage operation that has cost the Costa Crociere company, owned by American firm Carnival Cruises, more than $600 million -- so far.
Tall towers anchored onto the rocky shoreline between the ship and the island have been fitted with computer-operated pulley-like wheels.
As the rotation begins, the wheels will guide thick cables and chains pulling the middle third of the ship from under its belly toward Giglio island.
At the same time, more chains and cables attached to hollow boxes that have been welded onto the ship's port side will pull the ship from the top toward the open sea.
After about four to six hours, the pulleys and cables will be rendered useless as gravity takes over and the ship essentially finishes the process, relying on the buoyant boxes alone to control the speed at which it rights itself.
Technicians will pump compressed air into the boxes to control the water levels, which will create buoyancy to slow the ship's rotation until it eventually comes to rest on makeshift "mattresses" put in place on the steel platforms.
If all goes well, the ship will lift off the rocks in one piece and not separate or break apart.
If things go wrong, it could be disastrous.
Has master mariner in charge of salvage met his match?

Toxins, other items onboard

The ship contains a mix of toxins that would be devastating for the environment if leaked into the water, which would happen if the ship breaks apart or sinks.
According to the Costa Concordia's inventory list published in the Italian press and confirmed by Costa, thousands of liters of thick lubricants, paints, insecticides, glue and paint thinners were on board before it set sail three hours before it crashed.
There are also 10 large tanks of oxygen and 3,929 liters of carbon dioxide.
That's not all.
Refrigerators filled with milk, cheese, eggs and vegetables have been closed tight since the disaster.
And the freezers that have not burst under the water pressure are still locked with their rotting thawed contents sealed inside, including 1,268 kilograms of chicken breasts, 8,200 kilograms of beef, 2,460 kilograms of cheese and 6,850 liters of ice cream.

As the ship rotates, much more water will enter the ship than will spill out, salvage operators say. That fresh seawater will dilute some of the toxic mix, but it will all eventually have to be purified and pumped out before the ship is towed across the sea for dismantling at its final port -- a location that remains to be determined.
In the meantime, the salvage operators have set up two rings of oil booms with absorbent sponges and skirts that extend into the water to catch any debris that may escape.
Once the ship is upright, it will be months before the contents are removed, likely not until it reaches its final port.
At that time, Costa officials say they intend to remove personal effects from the state rooms and return those to each passenger, no matter how soggy the contents might be.
None of that is expected to happen before next summer.
Meanwhile, captain Francesco Schettino, who misguided the ship off course, faces charges of manslaughter, causing a maritime disaster and abandoning ship with passengers still on board.
His trial resumes in Grosseto on September 23.
A guarantee for the nervous cruiser

Once the ship is upright, the salvage operation changes dramatically.
A tiny robotic submarine with surveillance cameras will survey the damaged side of the ship and create the models they need to plan for the next phase of operations.
"It will look like a high-impact car accident when it is lifted," Nick Sloane, the salvage master, told CNN. "It won't be pretty."
For days, salvage workers have been running simulations and testing their equipment.
A steady hum of machinery out on the wreckage site could be heard night and day in Giglio harbor.
The ship looks nothing like it did months ago, when it seemed gigantic against the tiny island.
Now giant cranes, barges and generator towers dwarf the wreckage.
Success or failure, no matter what happens on Monday, the Concordia will never again look the same.
5 convicted over deadly shipwreck in Italy