A grainy sonar image captured off an uninhabited tropical island in the southwestern Pacific republic of Kiribati might represent the remains of the Electra, the two-engine aircraft legendary aviator Amelia Earhart was piloting when she vanished on July 2, 1937 in a record attempt to fly around the world at the equator.

Released by The International Group for Historic Aircraft Recovery (TIGHAR), which has long been investigating Earhart's last, fateful flight, the images show an "anomaly" resting at the depth of about 600 feet in the waters off Nikumaroro island, some 350 miles southeast of Earhart's target destination, Howland Island.

A sonar map created by TIGHAR shows the location of an anomaly (pointed to with a small red arrow, center) that could be the wreckage from Amelia Earhart's plane.
Photos : Clues Pointing to Amelia Earhart's Plane

According to TIGHAR researchers, the sonar image shows a strong return from a narrow object roughly 22 feet long oriented southwest/northeast on the slope near the base of an underwater cliff. Shadows indicate that the object is higher on the southwest (downhill side).
A lesser return extends northeastward for about 131 feet.
"What initially got our attention is that there is no other sonar return like it in the entire body of data collected," Ric Gillespie, executive director of TIGHAR, told Discovery News.
"It is truly an anomaly, and when you're looking for man-made objects against a natural background, anomalies are good," he added.

A number of artifacts recovered by TIGHAR during 10 expeditions have suggested that Earhart and her navigator, Fred Noonan, made a forced landing on the island's smooth, flat coral reef.
Gillespie and his team believe the two became castaways and eventually died there.

In July 2012, Gillespie and his crew returned to Nikumaroro to carry out an underwater search for the plane with a torpedo-shaped Autonomous Underwater Vehicle (AUV) and a Remote Operated Vehicle (ROV).

Multi-beam sonar mounted on the ship mapped the underwater terrain and the AUV collected a volume of side-scan data along roughly 1.3 nautical miles of shoreline off the west end of Nikumaroro, while the ROV, capable of reaching depths of 3,000 feet, produced hours upon hours of high-definition video.

Plagued by a number of technical issues and a difficult environment, the hunt did not result in the immediate identification of pieces from Earhart's Lockheed Electra aircraft.

As they returned from the data collection trip, TIGHAR researchers began reviewing and analyzing all of new material recovered from the underwater search.
They identified a small debris field of objects at the depth of 200 feet, which TIGHAR forensic imaging specialist Jeff Glickman described as consisting of man-made objects.

Located distinctly apart from the debris field of the SS Norwich City, a British steamer which went aground on the island's reef in 1929, the site features objects which appear consistent with the interpretation made by Glickmann of a grainy photograph of Nikumaroro's western shoreline. 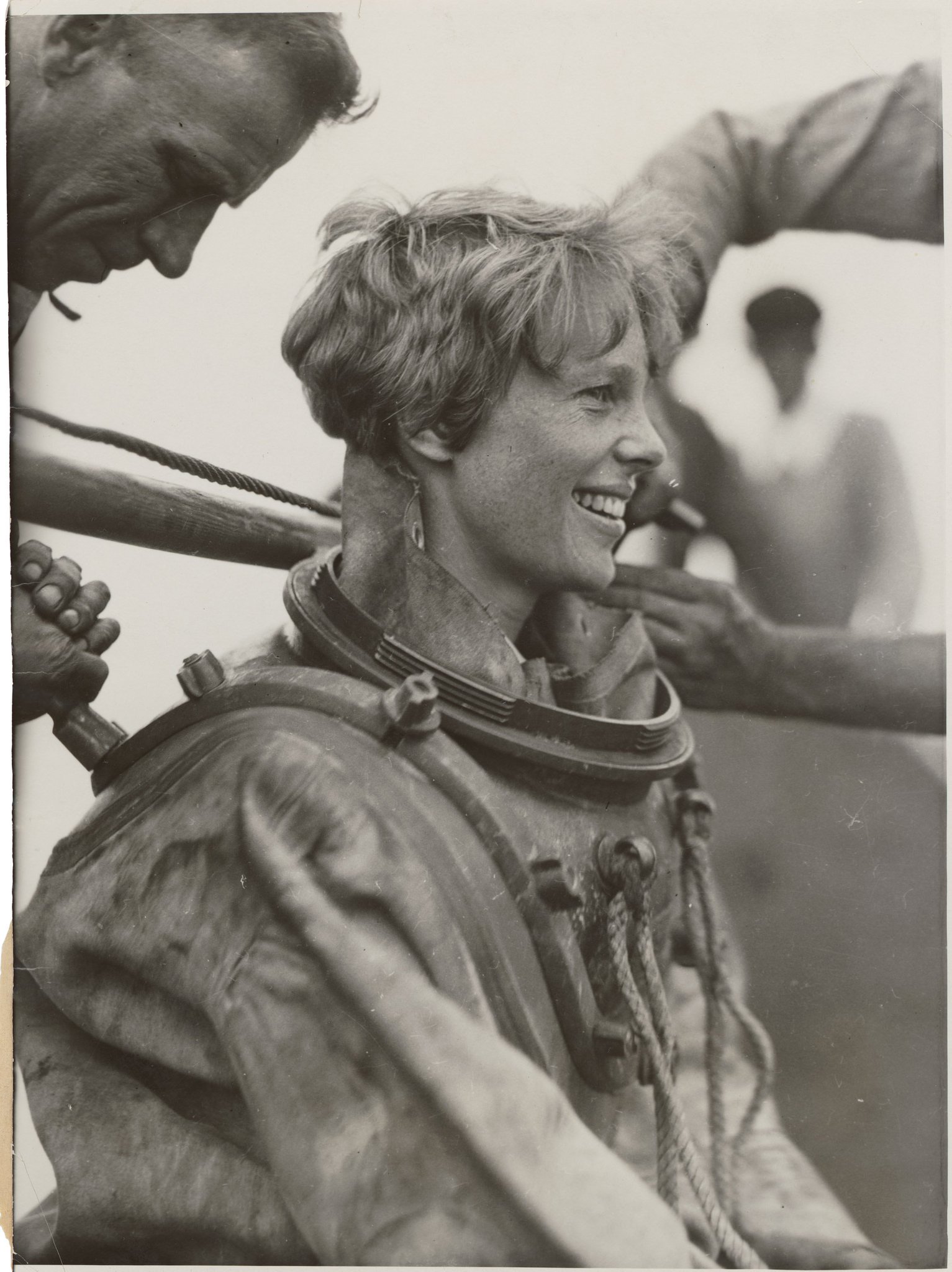 The grainy photo was shot by British Colonial Service officer Eric R. Bevington in October 1937, just three months after Amelia's disappearance on July 2, 1937.
It revealed an apparent man-made protruding object on the left side of the frame.
Forensic imaging analyses of the picture found the mysterious object consistent with the shape and dimensions of the wreckage of landing gear from Earhart's plane.
"The Bevington photo shows what appears to be four components of the plane: a strut, a wheel, a worm gear and a fender. In the debris field there appears to be the fender, possibly the wheel and possibly some portions of the strut," Glickman told Discovery News.

A new twist in the search occurred last March when Richard Conroy, a member of TIGHAR’s on-line Amelia Earhart Search Forum, spotted an anomaly in a sonar map posted online.