The ocean faces many challenges, but has the extraordinary power to replenish when it is protected.
Marine protected areas facilitate resilience and recovery for degraded areas of the ocean, and offer opportunities to rebuild stocks of commercially important species.
Additionally, protected marine ecosystems can offer long term economic and recreational benefits which can be enjoyed for generations to come, provided that proper enforcement and oversight is practiced within these areas.

The central African nation of Gabon announced Monday the creation of Africa’s largest network of marine protected areas, home to a diverse array of threatened marine life, including the largest breeding populations of leatherback and olive ridley sea turtles and 20 species of dolphins and whales. 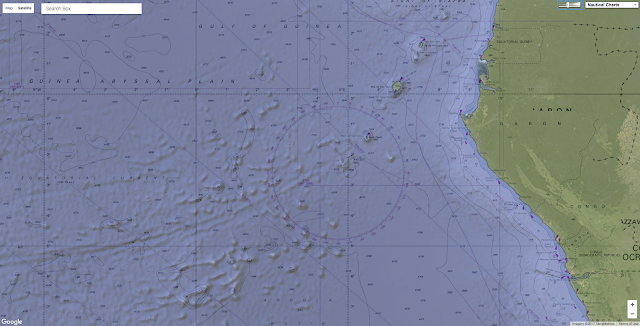 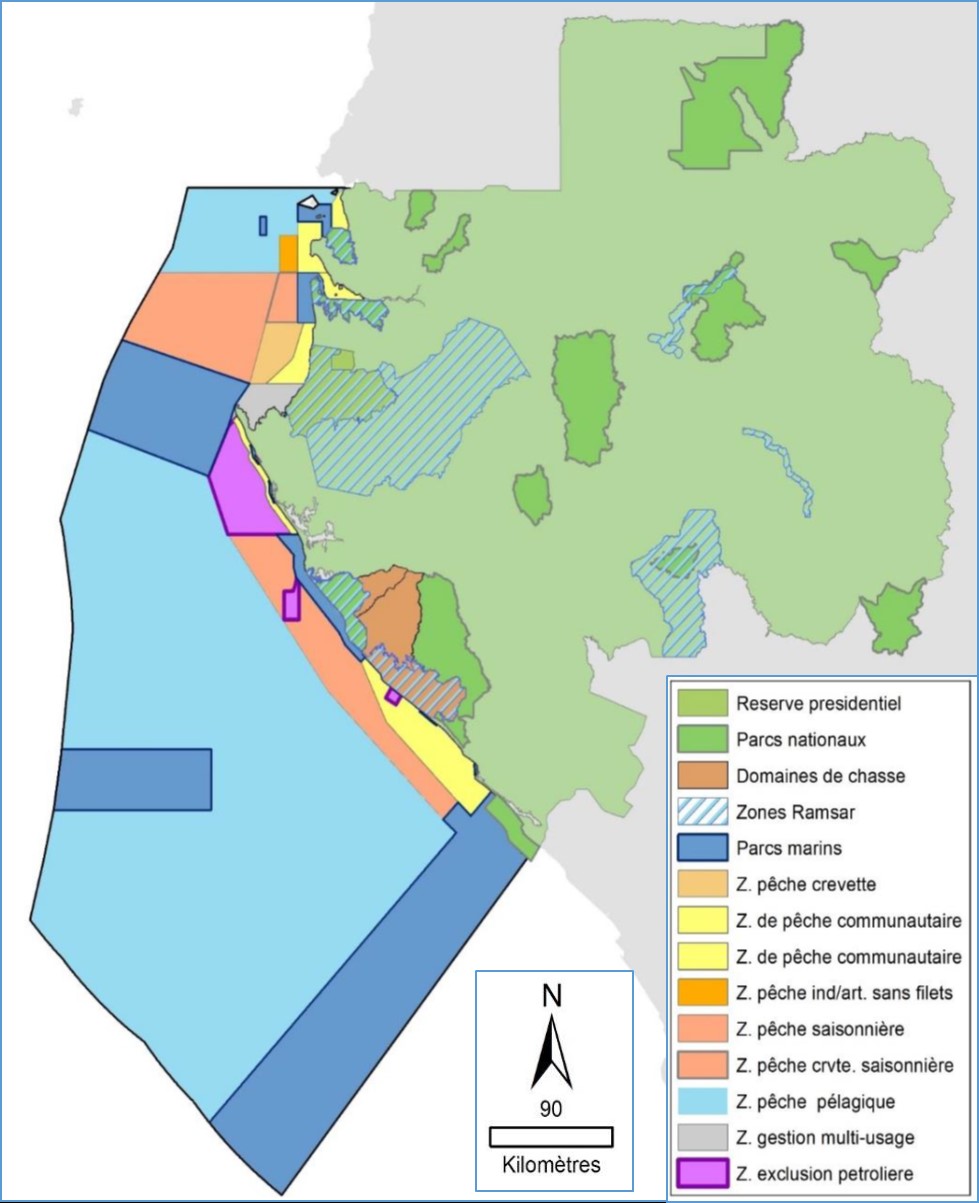 The network of 20 marine parks and aquatic reserves will protect 26 percent of Gabon’s territorial seas and extend across 20,500 square miles (53,000 square kilometers).
In creating the protected areas, the Gabon government also set up what scientists call the most sustainable fisheries management plan for West Africa—an area long known for rampant overfishing and abuses by foreign fleets.
Separate zones have been established for commercial and artisanal fishing fleets, in an effort to restore sustainable fishing.

“West Africa is an area which has incredibly rich oceans, but it is being bled dry by international fishing fleets,” says Callum Roberts, a marine conservation biologist at the University of York in Great Britain.
“In the space of a few decades, the waters of West Africa have moved from being a cornucopia of marine life to something that is far reduced from that. Protection is urgently needed to rebalance fish resources.”

Mediterranean Marine Protected Areas (MPAs) have an important role in providing ecosystem services, mitigating the impacts of climate change and increasing ecological and socioeconomic resilience of biodiversity and surrounding coastal communities. Increasing the number of MPAs and developing appropriate management actions within them are essential to maintain the natural resilience of marine habitats against climate change impacts in the Mediterranean.


Roberts, who has spent more than three decades studying ocean health, argues in a new paper, published Monday in the Proceedings of the National Academy of Sciences, that marine protected areas, which already help restore fish populations, also help marine ecosystems adapt to the impacts of climate change.
Large, fully intact ecosystems are healthier and better armed to adapt to what Roberts calls the “killer cocktail” of ocean acidification, intense storms, sea-level rise, shifts in species distribution, and decreased oxygen availability in the deep ocean.
Reduced oxygen is already visible in the Pacific and Atlantic, Roberts says, where nutrient-poor “ocean deserts” increased by 15 percent between 1998 and 2006.
“Fishing has had the greatest impact on the ocean ecosystems,” Roberts says.
“But climate change is rapidly catching up, and in some ecosystems, has taken the lead.”

Roberts doesn’t claim marine protected areas help marine habitats resist climate change.
Rather, he says that healthier habitats makes them more resilient.
Coral reefs, for example, can’t be protected from rising ocean temperatures.
But protecting reefs from overfishing, dredging, and runoff pollution can decrease the sensitivity of corals to ocean warming and help them recover from floods or bleaching events.
The Chagos Marine Protected Area in the remote Indian Ocean now has a reef free from human-caused stresses that, in turn, contributed to a remarkable capacity to recover. More than 90 percent of the reef died in a 1998 bleaching event.
But by 2010, the reef had recovered.

Networks of marine protected areas can also provide stepping stones, or safe “landing zones” for colonizing species as they move northward to cooler waters, he says.
The Papahanaumokuakea Marine National Monument in the northwest Hawaiian Islands provided a “strategic refuge” for coral reef ecosystems that may be forced poleward by climate change.

“When we introduce protection, the only way to go is up,” he says.
“We see it in recoveries of big species that grow to very old ages. The bigger and older things get in the sea, the more productive they begin to be in terms of offspring. They are like fountains, pouring offspring, like larvae, into the water, which then gets transported by ocean currents and reseeds other areas. This is a positive way to counter climate change.”

The world has 11,212 marine protected areas.
But combined, they protect just 2.98 percent of the oceans, according to the Marine Conservation Institute, a marine science nonprofit based in Seattle.

Two other measures fill in the picture.
If the high seas is discounted, the remaining marine reserves protect 7.29 percent of marine habitats that lie within the 200-nautical mile exclusive economic zones of all countries.
And if only no-take protected areas are counted, where fishing and all other extraction, such as mining, is prohibited, only 1.63 percent of the world’s oceans are covered.

The no-take reserves are the strongest, but not well distributed across the globe, says Russell Moffitt, the institute’s conservation analyst.
There are only about a dozen very large protected areas, including those in offshore territories of the Pacific Remote Islands Marine National Monuments, and Great Britain’s Pitcairn, and Chagos marine reserves.

The United Nations, which this week convened its first-ever ocean conference in New York to address declining ocean health, has been pushing the world’s nations to protect 10 percent of the oceans by 2020.
Some 500 new marine protected areas have been proposed, but many of those proposals have stalled or are languishing in committee and face long odds.

Chile’s plans to create the Americas’ largest marine protected area to protect Easter Island fish stocks has bogged down in negotiations with the Rapa Nui, the island’s indigenous people.
Likewise, proposed large marine parks in the Cook Islands and New Zealand’s Kermadec Islands have yet to materialize.

Roberts and other marine scientists argue that the UN’s goals are not ambitious enough.
What’s really needed to restore the oceans to health, they say, is to protect 30 percent of the oceans in reserves.

“Ten percent is a good step toward the goal, but we need to follow the science,” says Matt Rand, director of the Pew Charitable Trusts Bertarelli Ocean Legacy.
“We need bold decision-makers, all pushing to reach the target that scientists have set. It is the next generation that faces the consequences of our efforts, or lack thereof.”

Gabon is among a handful of nations that has already met the UN’s goal; it doubled it and did it three years early.
But it wasn’t easy.
It took a decisive president who saw up close what was at stake.

The project also involved years of effort by conservation groups and government agencies, including the Wildlife Conservation Society, the Waitt Foundation, the Gabonese National Parks Agency, and National Geographic’s Pristine Seas project, which surveyed Gabon’s 550-mile (885-kilometer) coastline during a one-month expedition in 2012.
Both examples of the treasures that lay hidden beneath the surface and the threats posed by illegal fisheries were presented to Gabon President Ali Bongo Ondimba on board Waitt’s research vessel, Plan B.
Then and there, Ondimba decided to act and the plan to create the marine network was born.

“The richness that we saw underwater in Gabon during our Pristine Seas expedition in 2012 blew our minds, but also (showed) the threats, mostly from industrial fishing,” says Enric Sala, National Geographic Explorer in Residence and marine scientist who helped Gabon develop their marine protected network.

The plan was announced in 2014 and refined over the next three years into the new network of 20 parks and reserves.
The largest protected area is the “La Reserve Aquatique du Grand Sud du Gabon,” which extends protection of the existing Mayumba National Park to the 200-mile nautical mile limit of Gabon’s exclusive economic zone.
It protects 27,000 square kilometers (10,425 square miles) of marine habitats from the beach to ocean depths of four kilometers (2.5 miles).

“This is a big deal and an example for other countries,” Sala says. “If Gabon can do it, why can’t European countries, for example?”