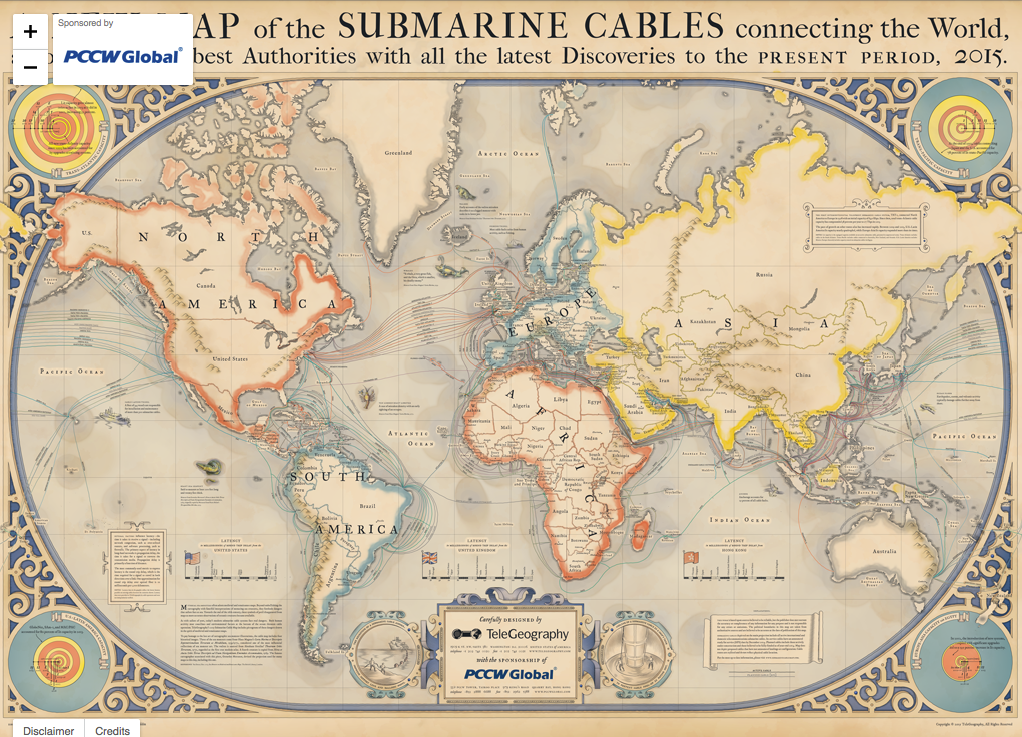 Every year Telegeography create an undersea cable map of the world and every year the map gets better.

The 2015 Submarine Cable map is inspired by medieval and renaissance cartography and features not only a vintage map style but sea monsters, map border illustrations and images showing some of the common causes of cable faults. 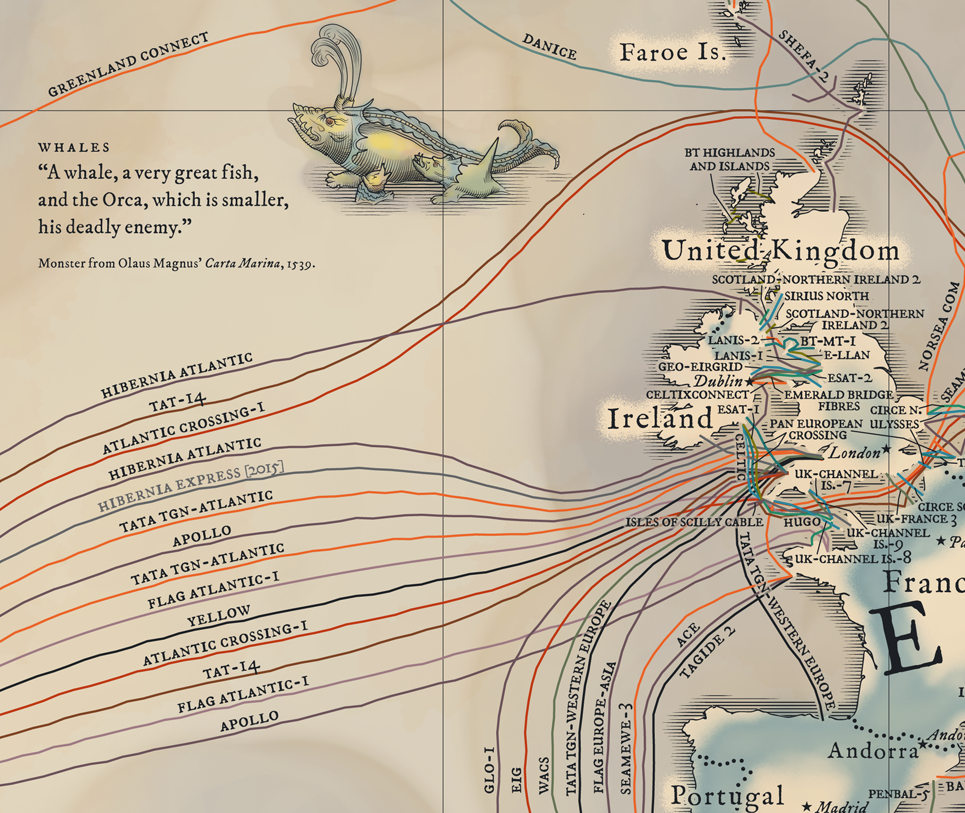