Matteo Miceli is attempting to sail the Eco40 around the world
using only renewable energy in a project called ‘Roma Ocean World’.
He is the first one-man, non-stop sailing trip around the world without any additional fuel or food stops throughout the entire journey of more than 27,000 nautical miles (roughly 50,000 km), which begins Sunday, October 19, 2014.
Matteo Miceli, the renown Italian sailor, will make this self- sustaining journey lasting approximately five months,  providing entirely for his own needs to demonstrate that it is possible to undergo such a trip, entirely self-sustaining, with only resources that have been provided by nature.
see Live tracking

While sailing south of Africa on an around-the-world voyage, Matteo Miceli was suddenly alerted to a massive iceberg in his path.
Almost 4 km long, the iceberg drifting near the Prince Edward Islands was detected and tracked by European satellites.
"According to our experience, at these latitudes the big icebergs undergo strong fragmentation. The presence of a big iceberg could be an indicator for a field of smaller fragments which could be very dangerous for the boat," said Luca Pietranera from e-GEOS, a satellite data processing company that provides information to the team planning Matteo's route.

A team of professors from the University of Rom and the Polytechnic Turin would also like to record the ECO40 boat’s movements by using three Leica Geosystems GR25 GNSS reference receivers which will enable:


Radar imagery from ESA's Sentinel-1A satellite and the Italian space agency's Cosmo-SkyMed were used to track the movement of the iceberg – and guide Matteo away from the treacherous waters.
The benefit of radar is that it can see through clouds and in the dark, and can therefore provide regular updates on the positions of the icebergs.
It may seem like an awfully cold place for a sailing trip, but Matteo is attempting to sail the Eco40 non-stop around the world using only renewable energy in a project called 'Roma Ocean World', technically lead by the 'La Sapienza' University of Rome.
Even his food supply is self-sufficient.
The aim is to demonstrate how modern technology, together with a responsible attitude, allows us to enjoy maritime sports while respecting the environment.
During the voyage, information on the changes taking place on land and at sea are being collected, underlining the importance of monitoring the effects of climate change on our planet. 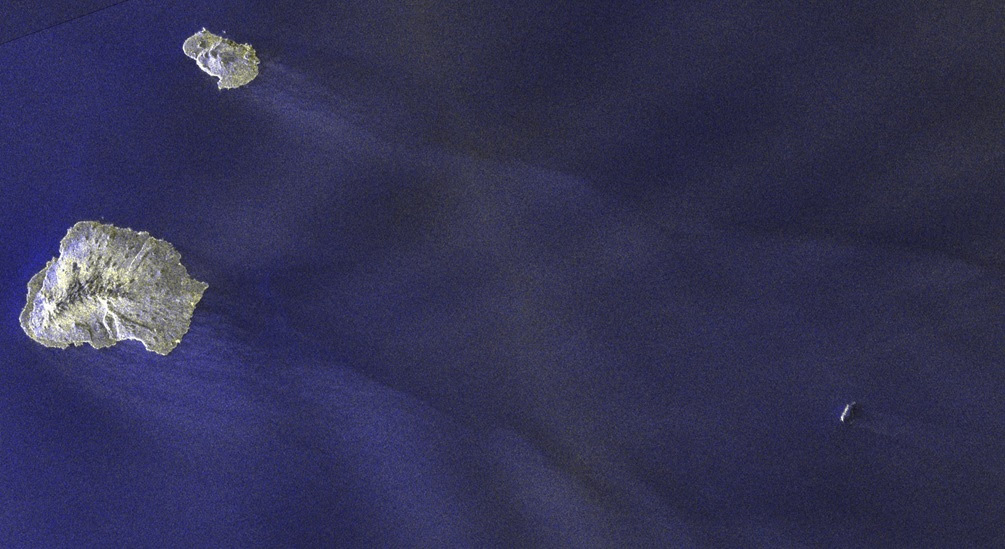 In addition, measurements on wind and waves are being used to check satellite data.
Today, Matteo is in the Indian Ocean.
"In terms of iceberg hazards, the most dangerous part of the Eco40 route will be the passage south of Cape Horn, foreseen in February. For this reason, tracking of the big iceberg there has already started," said Mr Pietranera.
The 32 km-long iceberg drifting along the boat's projected route near the South Georgia and the South Sandwich Islands in the South Atlantic has already been picked up on the satellite radars. 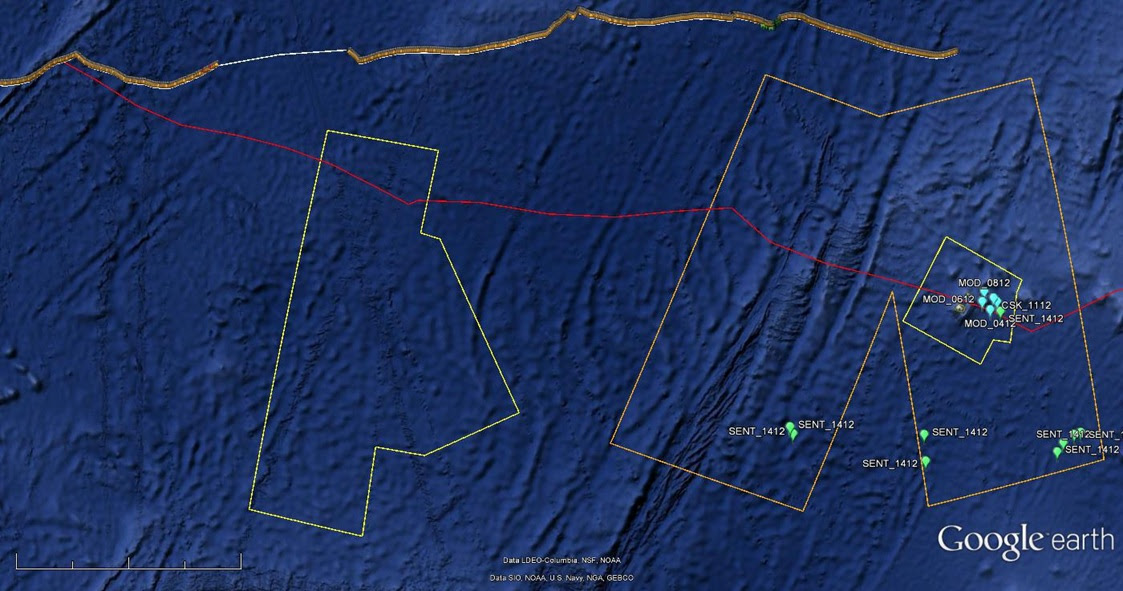 ESA’s Sentinel-1A, ASI’s Cosmo-SkyMed and NASA’s MODIS missions tracked the movement of an iceberg as it drifted in a clockwise circle near the Prince Edward Islands (right) in December 2014.
The iceberg was near sailor Matteo Miceli’s planned route (red) while on his ‘Roma Ocean World’ voyage.
Instead, Matteo steered his vessel north of the islands (orange).
Credit: ESA/ASI/NASA/e-GEOS/Google Earth


In the coming months, Sentinel-1A will continue to cover this and other obstacles during Matteo's endeavour.
The Sentinel-1 mission was developed for Europe's Copernicus environment monitoring programme and provides an all-weather, day-and-night supply of imagery of Earth's land, oceans and ice.
Launched in April, Sentinel-1A passes over the same spot on Earth every 12 days.
Once its identical twin, Sentinel-1B, is launched in 2016, this will be cut to just six days, so that changes such as the movements of icebergs can be mapped even faster. 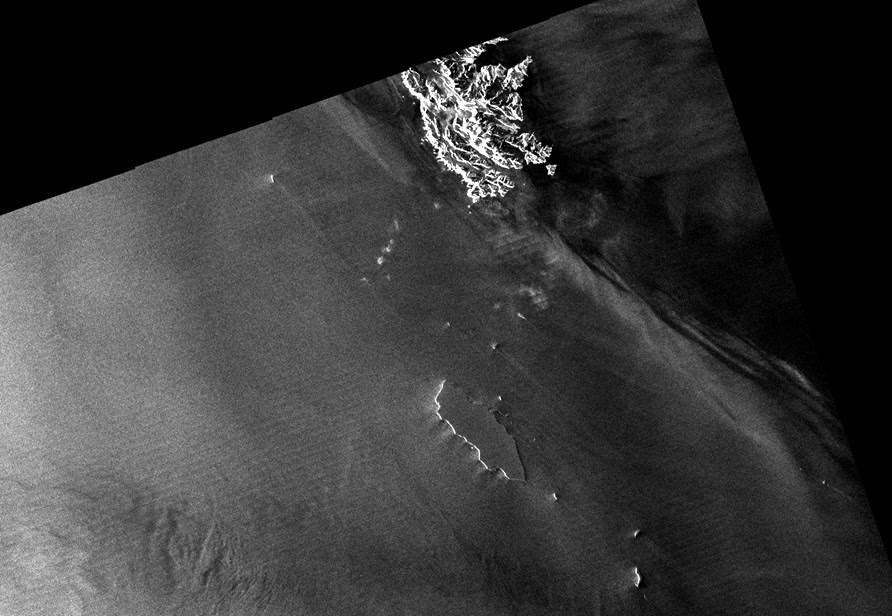 The B17-A iceberg, 32 km long, and its fragments south of the South Georgia and South Sandwhich Islands (top) are captured in this radar scan by Cosmo-SkyMed in December 2014.
Credit: ASI/Cosmo-SkyMed 2014, processed by e-GEOS