Two Japanese islands merge together under the watchful gaze of Pléiades

Pléiades, the twin satellites operated by Airbus Defence and Space, captured the birth of a new volcanic island in the waters offshore Japan.
In just two months, it had merged with a neighbouring island.


The new island emerged from the Pacific Ocean on 21st November 2013, south of the island of Nishino, in the Ogasawara archipelago, more than 1,000 km south of Tokyo. 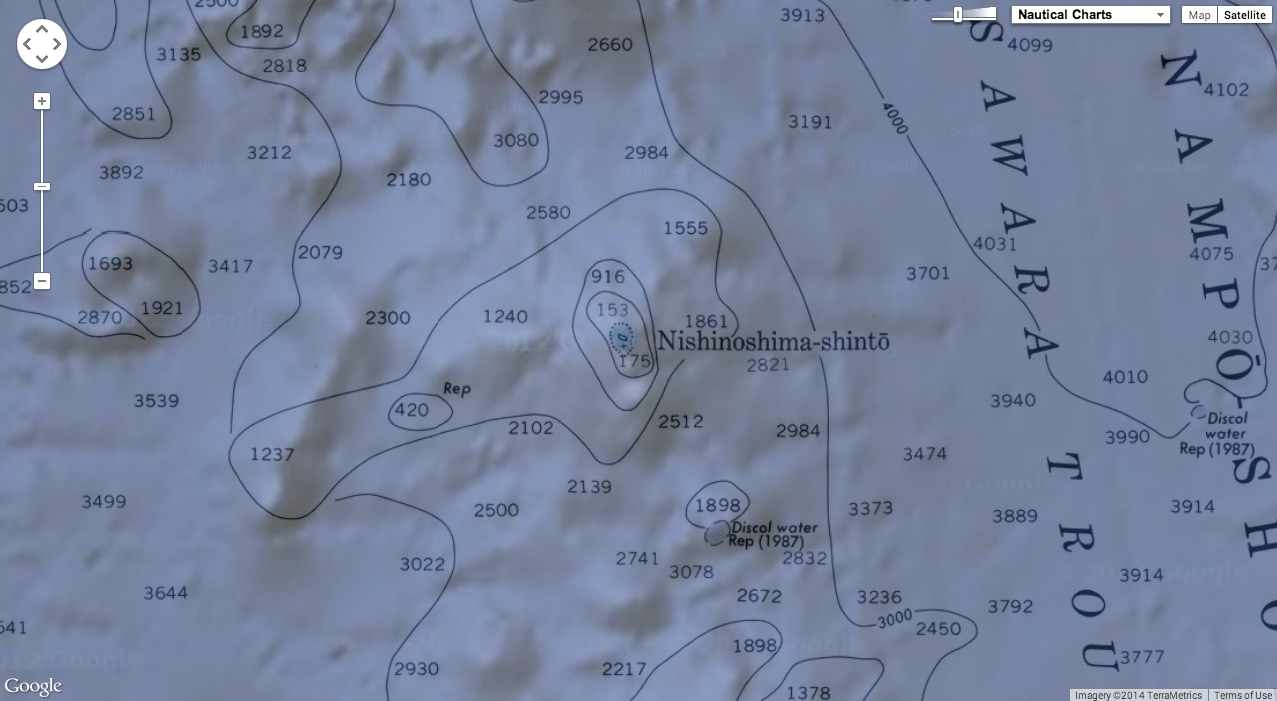 The volcanic activity and expansion of this new territory were regularly monitored by the Pléiades satellites.
The Geo-Intelligence experts at Airbus Defence and Space measured the growth of the island on three images taken over a  two month period.
On the first image, taken on 30th November 2013, the island measured 35,200 m² just 9 days after it first appeared on the ocean’s surface.
The crater is clearly visible, as is the turbidity in the surrounding waters.

The second image taken on 24th December 2013, shows the island had quadrupled in size in less than a month.
With a surface area of now 155,652m², Niijima island was approaching Nishino-shima the neighbouring island’s size of 223,402 m².
The lava was only tens of metres from the southern beaches of the first island.
(see video of the evolution)

The image captured on 29th January 2014, shows only a single island, measuring 622,978 m².
The lava from the volcano had swamped the southern beaches.
The merging of the islands took place in the shadow of the smoking crater.

Airbus Defence and Space provides up-to-date and regular information thanks to the revisit capacity of its Pléiades and SPOT satellite constellations.
Volcanic eruptions are generally monitored for risk prevention and management.
This time, the satellites were mobilised to witness the birth of an island.