Fleets of sailing robots to help research & protect the oceans 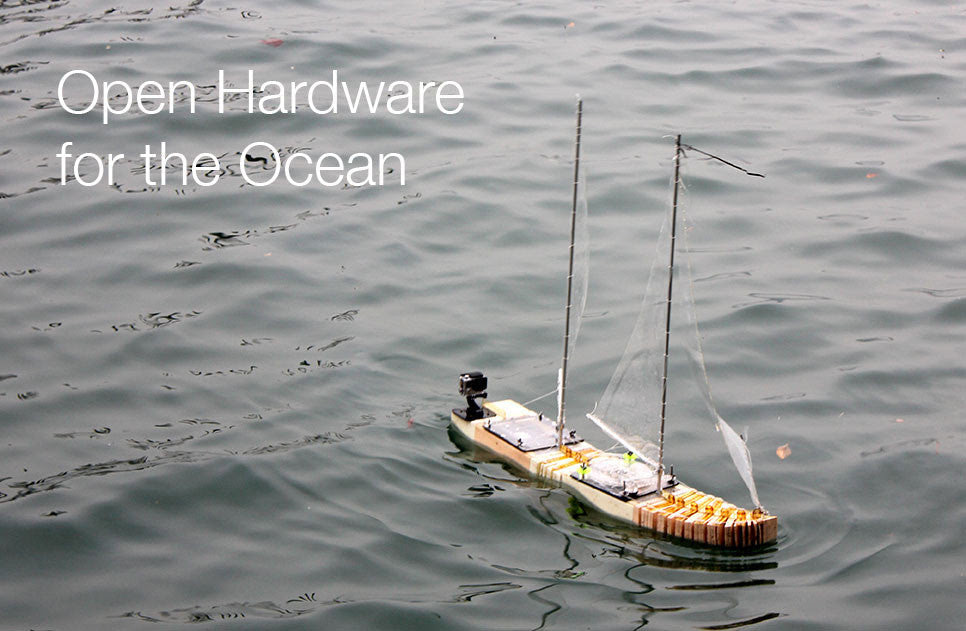 From TechPresident by Jessica McKensie

Imagine fleets of small boats cruising around the ocean, monitoring levels of plastic, oil and radioactivity, and eventually helping to clean up the ocean, and all completely unmanned.
That may not be as far from reality as one might think.

Scoutbots, a company that develops and builds open hardware technologies for environmental stewardship, recently began selling the first commercial prototype of its radio-controlled sailing robot, the Protei 011 “Optimist.”
It is kind of like a seafaring drone.

Oil spilled moves downwind : we are sailing upwind to capture it.
Protei is an ocean cleaning and research open hardware drone.

For USD$700.00 you can build it yourself from a kit, or you can purchase a limited edition, fully assembled boat robot for $1,280.00.
The one meter boat is built on a modular platform and can carry multiple modules behind it—so, theoretically, multiple censors or tools at once.
Cesar Harada, the coordinator of Scoutbots, was inspired by the Deepwater Horizon oil spill in 2010 to move to New Orleans and begin working on better technologies to clean up oil spills (the current ones are inefficient and probably harmful in their own way).

When TED Senior Fellow Cesar Harada heard about the devastating effects of the BP Oil spill in the Gulf of Mexico in 2010, he quit his dream job and moved to New Orleans to develop a more efficient way to soak up the oil.
He designed a highly maneuverable, flexible boat capable of cleaning large tracts quickly.
But rather than turn a profit, he has opted to open-source the design.

Gabriella Levine, who has been a part of the Scoutbots community since she traveled to Rotterdam in the summer of 2011 to work on earlier iterations of Protei, tells techPresident that cleaning up oil spills is still a little ways off.
Currently they are focused on monitoring the ocean, measuring levels of things like oil, plastics and radioactivity.
There is an advantage to “being able to collect massive data sets by the power of swarms of robots rather than just from one big boat,” Levine explains.

Scoutbots has already begun collaborating with two nonprofits: the Algalita Marine Research Institute, which focuses on the the impact of plastic pollution, and Safecast, which crowdsources radiation readings and mappings.

Scaling up will be a challenge, says Levine, because the Scoutbots community is basically trying to do it alone.
The question is, “how to raise enough funds to have the impact we envision.”

A long term goal is to get corporations interested in Scoutbots.
Levine says they envision a model in which they don't necessarily sell the boats.
Companies could adopt them and have a say on what they do without having to own or operate the boats.

Levine says she is most excited to see the boats “proliferate around the world,” and also looks forward to seeing what comes of the crowdsourced development.
(Levine herself built a snake robot that began as an earlier iteration of Protei and is now its own thing entirely. This is the kind of project that can be uploaded and shared on the Scoutbots Wiki with others in the community.) 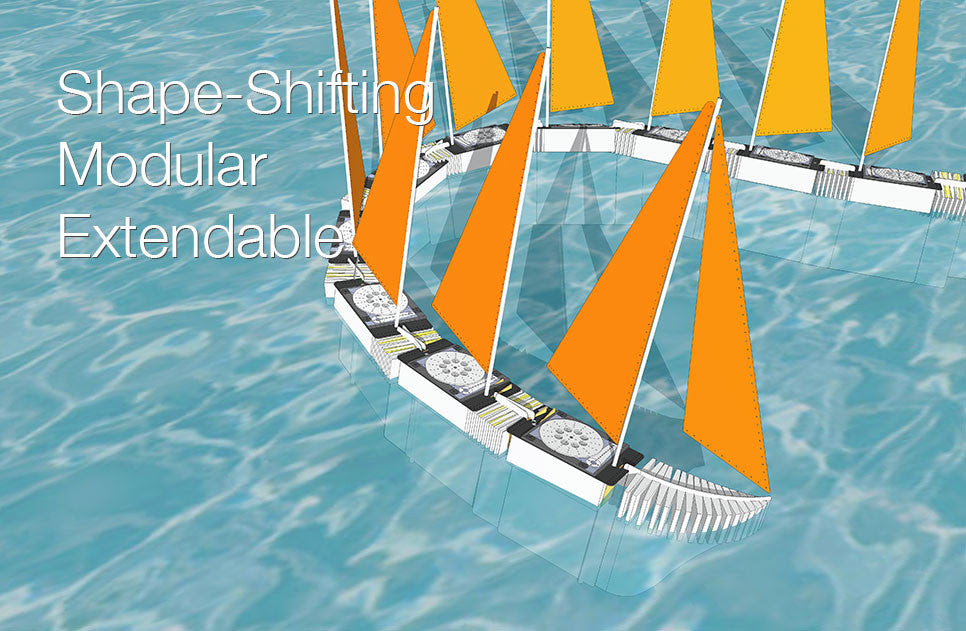 In many ways Scoutbots reminds me of the open source drones designed for disaster relief, which I wrote about last June.
Much of that work was shared on the website DIY Drones, which Levine says they seek to emulate.
“We want to be the DIY Drones of the ocean,” she says.
“Water drones could become the 10 year follow up to flying drones.”