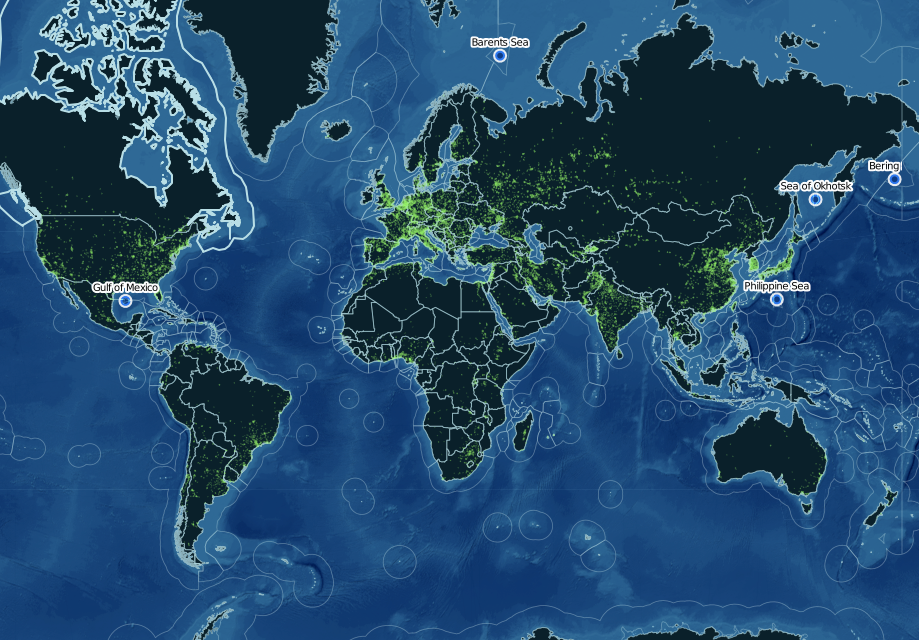 The "Donut holes in International Waters" map
shows "no man's water," the water that no country owns
http://donutholes.ch

From Gizmodo by Leslie Horn

Cool map alert: Donut Holes in International Waters is an interactive map that shows which countries have sovereignty over the high seas.
It shows how we've diced up the waters with international law-and what all the left-over bits and pieces look like. 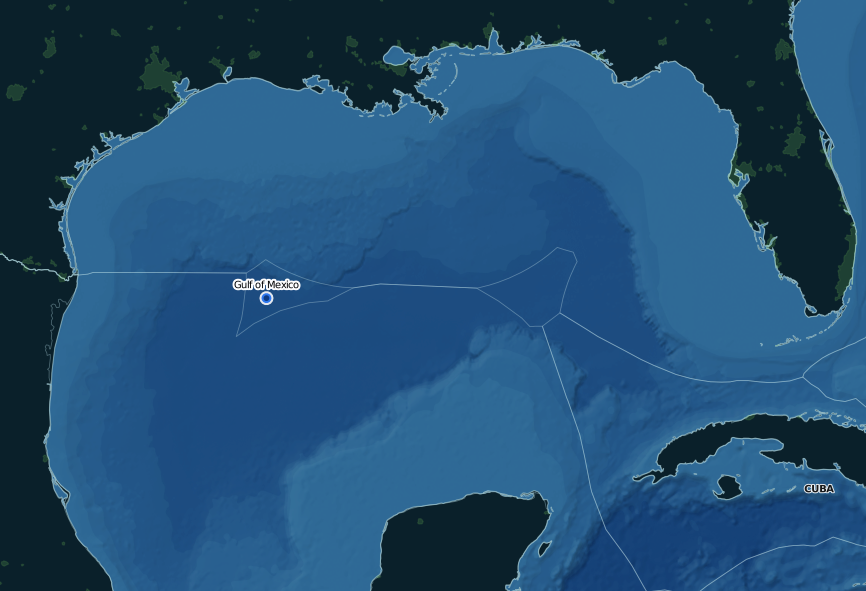 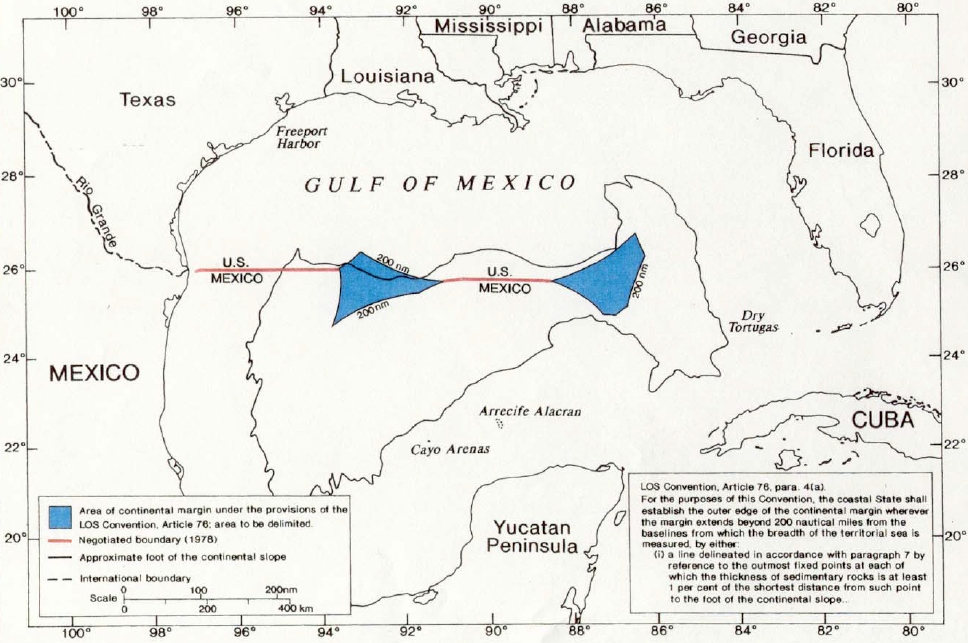 Simply put, the 1982 U.N. Convention on the Law of the Sea established that an area stretching 200 nautical miles from a seashore is an Exclusive Economic Zone (EEZ) of the respective state.
In practical terms, this convention is important as it grants the state an exclusive right to exploitation of marine life (think fishery) and natural resources (oil and gas).
But what if (a) littoral states are closer than 200 miles (how would they divide the sea?); (b) coastal shelf extends 200 n.m. from the coastline (when would the EEZ end?).
An exciting legal loophole emerges when you combine these questions.
The figure above shows two states with such seabed profile that area beyond 200 n.m. belongs to neither of them.
Who owns this area then?
International Law is unequivocal: this is international waters.

For the most part, you know what the borders of different countries look like. 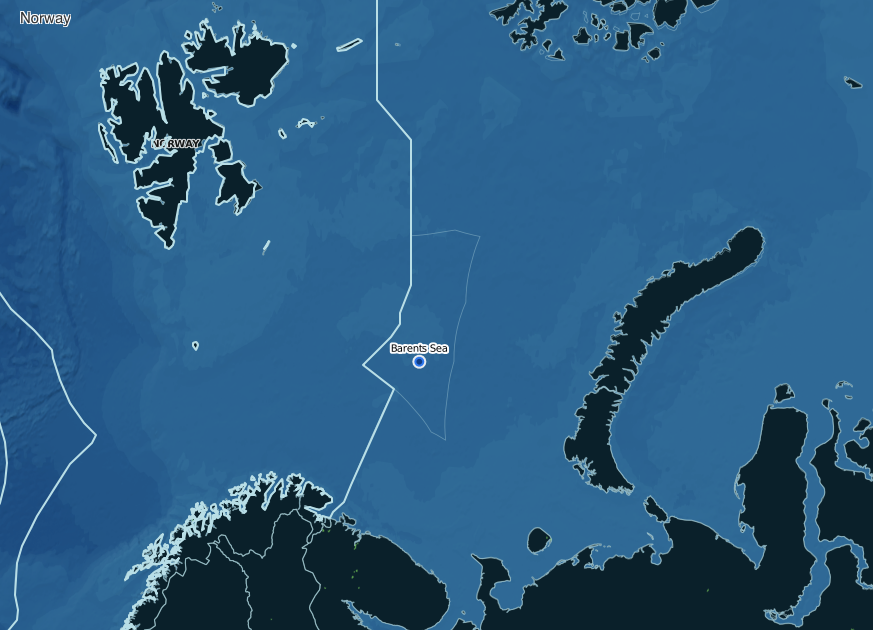 But you're probably a lot less familiar with nautical sovereignty, the rights of which were formalized as recently as 1982.
A nation can claim rights to the area 200 nautical miles from its coast.
As the site points out, this is called an Exclusive Economic Zone. 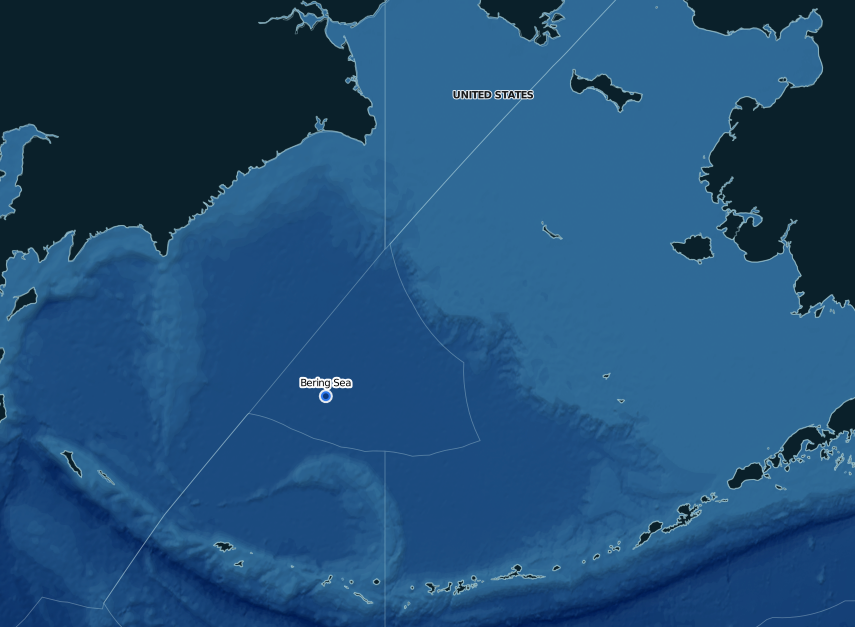 But where it gets interesting is in the no man's land-the areas that are too far out for any one nation to claim. 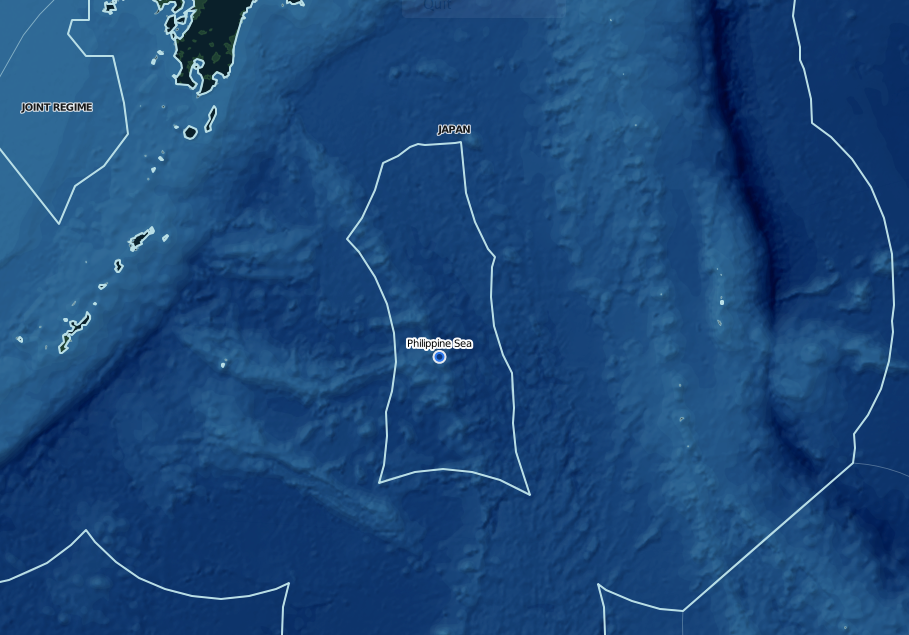 These are the so-called donut holes-aka international waters. 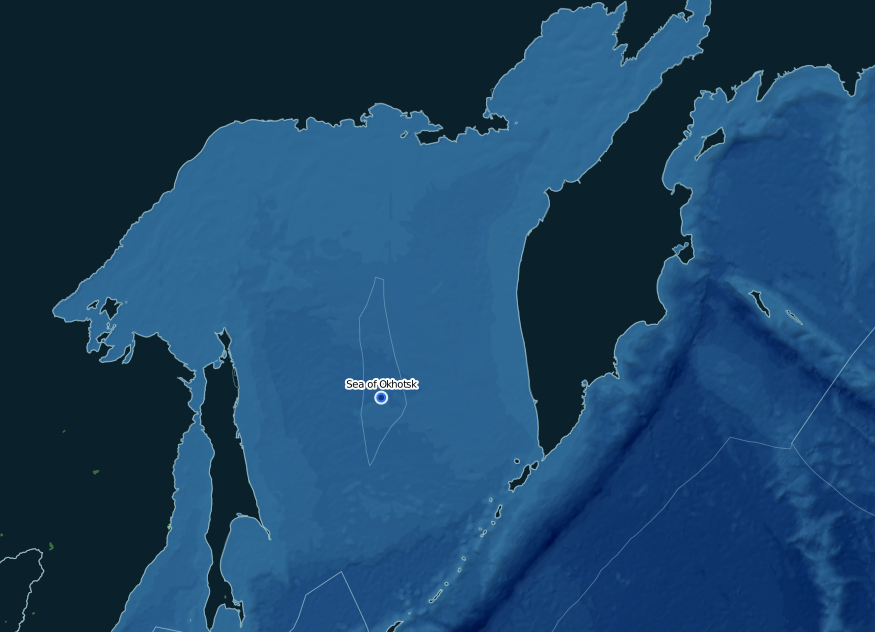 Thanks to the 200 mile rule that dictates EEZ zones, these little bits of leftover sea take on bizarre and arbitrary shapes-that you can bet pirates know like the back of their hands.