Sifting data from 11 satellites, experts have determined that nearly a 1/2 inch (11mm) of sea level rise can be attributed to melting of ice sheets in Greenland and Antarctica since 1992 .
This accounts for 20% of sea level rise during that period.

Water from melting glaciers and ice sheets, along with thermal expansion of ocean water due to rising temperatures, are causing global sea-level rise.
Scientists are exploiting satellite data to understand better just how much each component contributes to this devastating consequence of climate change.

Latest estimates show that global sea level is rising by about 3 mm a year, and this is one of the major threats of global warming, especially for low-lying coastal areas. 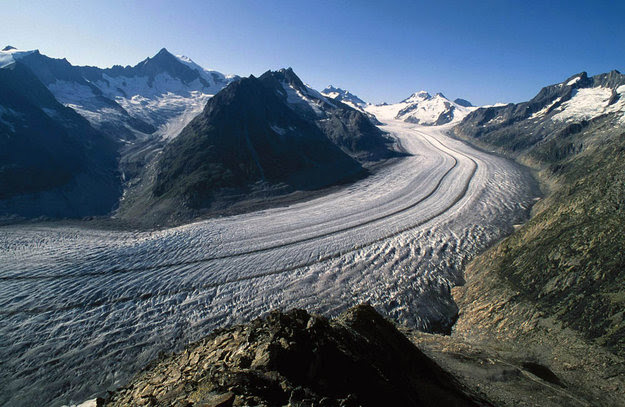 Identifying the individual contributors to sea-level rise is one of the most complicated challenges in climate science.
This involves tracking water as it moves in all its forms – solid, liquid or gas – around Earth.
While Earth-observing satellites continuously map global and regional sea-level change, they can also be used to quantify the amount of water coming from various sources.
Under ESA’s Climate Change Initiative (CCI), experts in the domains of oceans, land, atmosphere and the cryosphere are working together to quantify the various sources of sea-level change – known as balancing the sea-level budget.
“We have been reprocessing altimetry data from seven satellites to improve estimates of the global mean sea level and its regional variability,” said Anny Cazenave, Senior Scientist at the Laboratoire d’Etudes en Géophysique et Océanographie Spatiales (LEGOS) of France’s CNES space agency and leader of the CCI Sea Level project.
“Bringing results together from other CCI projects, such as the Ice Sheets and Glaciers projects, is helping us to better understand the sea-level budget." 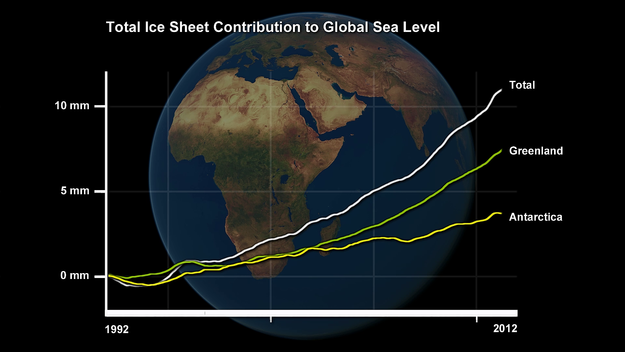 Changes in the mass of ice sheets and glaciers can be mapped using satellite radar altimeters, like the one flying on ESA’s CryoSat that was specially designed to survey ice.
By monitoring these changes, scientists can gauge how much water they contribute to the ocean.
“Within the Ice Sheets CCI project, our aim is to monitor the polar ice sheets as they respond to changes in climate, measurements that will help us to better understand the origins of global sea-level rise and to improve the certainty of future sea-level projections,” said Andrew Shepherd from the University of Leeds, UK.

The ice sheets that blanket Greenland and Antarctica have contributed about 0.6 mm a year to global sea levels since 1993, making them responsible for about 20% of all sea-level rise.
Although this may seem small, their annual contribution has increased almost threefold during that period.
While glaciers have been responsible for a larger fraction – 27% – their losses have been relatively stable over the past two decades.
“We just recently compiled a new assessment of the glacier contribution to sea-level rise using the first globally complete glacier inventory and a wide range of input data either from satellite or field-based and other measurements,” said Frank Paul, senior scientist at the Department of Geography at the University of Zurich and leader of the Glaciers CCI project.
“More than 90% of the contribution comes from only five regions: Alaska, the Canadian Arctic and glaciers on Greenland as well as high-mountain Asia and Patagonia.”