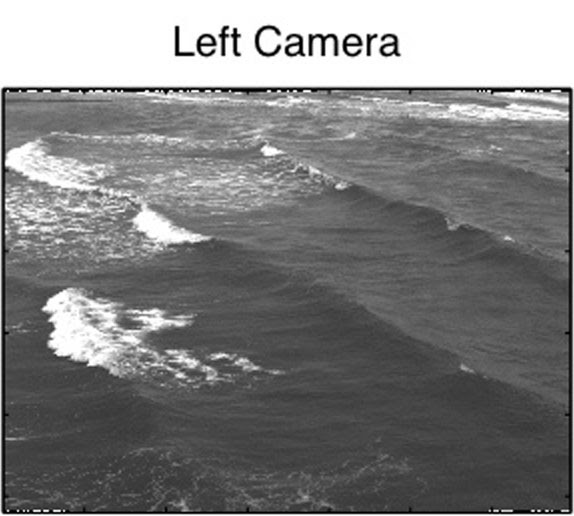 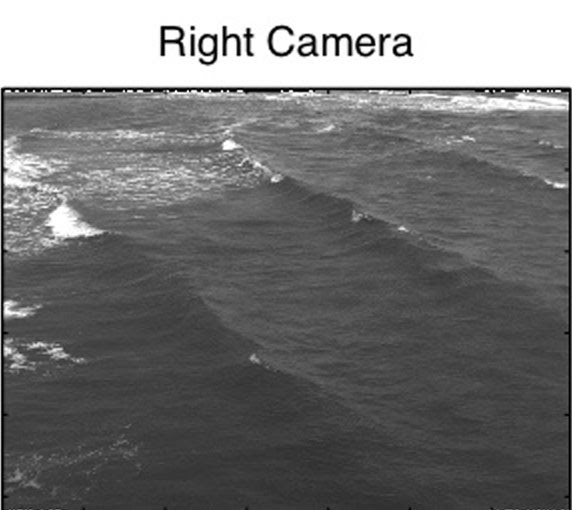 OregonStateUniversity
Video of ocean waves from two different cameras are being used in new technology
to create a "stereo vision" analysis of the surf zone.


Engineers have created a new type of “stereo vision” to use in studying ocean waves as they pound against the shore, providing a better way to understand and monitor this violent, ever-changing environment.

The approach, which uses two video cameras to feed data into an advanced computer system, can observe large areas of ocean waves in real time and help explain what they are doing and why, scientists say.

The system may be of particular value as climate change and rising sea levels pose additional challenges to vulnerable shorelines around the world, threatened by coastal erosion.
The technology should be comparatively simple and inexpensive to implement.

“An ocean wave crashing on shore is actually the end of a long story that usually begins thousands of miles away, formed by wind and storms,” said David Hill, an associate professor of coastal and ocean engineering at Oregon State University.
“We’re trying to achieve with cameras and a computer what human eyes and the brain do automatically – see the way that near-shore waves grow, change direction and collapse as they move over a seafloor that changes depth constantly.”

This is the first attempt to use stereo optical imaging in a marine field setting on such a large scale, Hill said, and offers the potential to provide a constant and scientifically accurate understanding of what is going on in the surf zone.
It’s also a form of remote sensing that doesn’t require placement of instruments in the pounding surf environment.

Only in recent years, Hill said, have extraordinary advances in computer science made it possible to incorporate and make sense out of what a dynamic marine environment is doing at the moment it happens.

“A wave is actually a pretty difficult thing for a computer to see and understand,” Hill said. “Some things like speed are fairly easy to measure, but subtle changes in height, shape and motion as the waves interact with a changing ocean bottom, wind and sediments are much more difficult.”

Researchers at OSU and the Technical University of Delft in The Netherlands made important recent advances toward this goal, which were reported in Coastal Engineering, a professional journal.

Other studies at OSU have documented that ocean wave heights and coastal erosion in the Pacific Northwest are increasing in recent decades, adding to the need for a better understanding of those waves when they hit shore.

One study just last year concluded that the highest offshore waves may be as much as 46 feet, up from estimates of only 33 feet that were made as recently as 1996, and a 40 percent increase.
Posted by Peio at 1:01 AM