It will be the clearest declaration yet on how an overheating world is hammering our oceans and frozen regions.

Scientists have been meeting in Monaco to finalise a report on the seas and the cryosphere.
Released on Wednesday, it will show how the oceans have been a friend, helping us cope with rising temperatures.

But it will warn that warming is turning the seas into a huge potential threat to humanity.

Researchers from the Intergovernmental Panel on Climate Change (IPCC) were encouraged by Prince Albert II and the Monaco government in 2015 to produce a special report on the oceans and cryosphere - the Earth's surface where water is frozen solid.

For the past three years, the scientists have been reviewing hundreds of published papers on how climate change affects the seas, the poles and glaciers.
Their report will track the flow of water from the frozen tops of mountains to the bottom of the seas, and how this is changing in a warmer world.

Over the past few days, they have been trying to agree a short summary of their findings with government representatives that will be published on Wednesday.

It will likely detail the growing threat from rising sea levels that could imperil hundreds of millions of people before the end of this century.

It will also warn of the threat posed by the growing acidification of the seas, the threats to coral and fisheries and the possibility that warming might melt permafrost, releasing huge amounts of the CO2 gas that's the key to rising temperatures.

"At current emissions rates, we are effectively dumping one million tonnes of CO2 into the oceans every hour," said Melissa Wang, a scientist with Greenpeace.
"Unless we accelerate efforts to curb carbon emissions and take greater steps to protect our oceans, there will be devastating human, environmental and economic consequences."


First things first, how are the oceans connected to the climate system?

The oceans are like the big sister that constantly has to bail out her careless younger sibling.
Every year, the ocean waters soak up about a quarter of the carbon dioxide emissions that arise from human activities.

Since 1970, the oceans have absorbed more than 90% of the extra heat that's come about through global warming.
If they hadn't taken in that warming, the surface of the planet would have been devastated by excess heating.

All this absorption has come at a price, though.
Our seas are now warmer, less salty and more acidic as a result.
"The reality is that we have been quietly reliant on the ocean to do these things, but there comes a point where the ocean changes because of the scale of what we are doing," Prof Dan Laffoley, from the International Union to Conserve Nature, told BBC News.

How is warming changing our relationship with the oceans and ice?

The heating of the world is having a profound impact on all things frozen.
So the IPCC report will look at the loss of ice from the Greenland and Antarctic ice sheets as well as from glaciers on mountains around the planet.

It will chart the rise of CO2 that is making the waters more acidic and more difficult for sea life.
It will also link the warming to the rise of "superstorms".

One of the big changes has been in the impact of warming on the Greenland and Antarctic ice sheets, which has grown substantially in recent decades.
These frozen regions are critically important for global sea levels, which impact flooding around the world.

As documented by my colleague David Shukman, this year has been one of record melting on the gigantic frozen island of Greenland.
In one day alone it lost 12.5 billion tonnes of ice.

Antarctica has also enormous capacity to raise the waters around the world. 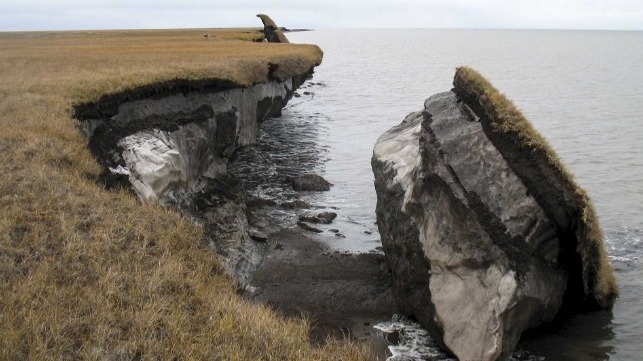 Will this report be all about sea level rise?

It is likely that much of the report will focus on the growing threat posed by rising sea waters.
There is an expectation that some of the existing predictions for sea level will be revised upwards, with the threat posed to small island states and large cities increasing substantially by the middle of this century.

"By the end of this century, and if current adaptation efforts are not substantially scaled up, we must expect high levels of risk on low coasts such as atoll islands like the Maldives, and some Arctic communities even in a low-emission scenario," said Alexandre Magnan, a research fellow at the policy research institute IDDRI in Paris, and a co-author of the IPCC Ocean Report.

"In a higher-emission scenario, even wealthy megacities such as New York or Shanghai and large tropical agricultural deltas such as the Mekong will face high or very high risks."

The estimations for the centuries beyond 2100 will be even more stark, with suggestions that sea level rise could be 100 times higher than today.

"What happens with sea level rise is not disconnected with what happens with warming," said Jane Lubchenco, former administrator of the US National Oceanic and Atmospheric Administration and a co-chair of the expert group of a High Level Panel for a Sustainable Ocean Economy.

It will also look at the increase in marine heatwaves - these could increase by a factor of 50 by 2100.
This will have big implications for ecosystems and will increase coral bleaching.

"Extreme sea level events, such as surges from tropical cyclones, that are currently historically rare, for example today's 100-year event, will become common by 2100 under all emissions scenarios," said Jean-Pierre Gattuso, an IPCC author and a CNRS research scientist at Sorbonne University.
"This will have major consequences for many low-lying megacities and small islands."

However, the report will also look at ocean acidification and will show how climate change is changing the balance.

What about glaciers and frozen regions?

For people living in the Himalayas and the Hindu Kush, a warmer future means that at first they will get too much water from glaciers as they melt.
Then there will be too little.

A report last year stated that two-thirds of these giant ice fields could disappear by the end of the century without rapid emissions cuts.
This could have huge implications for the millions of people living in the region.

The IPCC report will also document the threat posed by warming to permafrost.

Some 30-99% of the Northern Hemisphere's permanently frozen soils could melt by the end of the century, freeing up billions of tonnes of CO2 which could in turn accelerate warming to a new, ever more dangerous level.

Surely there are some positives in this report?

Yes - the report will also show that the oceans could hold some important solutions to the threats posed by climate change.

There is great scope for renewable energy systems based on the oceans, while cutting carbon from shipping would be a major step forward.
Planting more mangroves and sea grass could remove huge amounts of CO2 from the atmosphere.

Even the potential to switch diets to get more of our protein from the oceans would likely help cut carbon.