Sea of troubles : Covid-19 has led to a pandemic of plastic pollution

The Thames has always been a reflector of the times, says Lara Maiklem, a London “mudlark”.
Ms Maiklem spends her days on the river’s foreshore foraging for history’s detritus, from Roman pottery to Victorian clay pipes.
She can tell the time of year, she says, just by the type of rubbish she has to sift through: champagne bottles during the first week of January; footballs in summer.
The year 2020 has left its own mark.
Since the coronavirus reached Britain the mud has sprouted a crop of latex gloves.

In February, half a world away, Gary Stokes docked his boat on Hong Kong’s isolated Soko Island.
Soko’s beaches are where OceansAsia, the conservation organisation he runs, sporadically records levels of plastic pollution.
Mr Stokes says he is all too accustomed to finding the jetsam the modern world throws up, such as plastic drinks bottles and supermarket carrier-bags.
But what he documented that day made news across Hong Kong: 70 surgical facemasks on a 100-metre stretch of beach.
Having cleaned it up, he went back four days later.
Like a stubborn weed, the masks had returned. 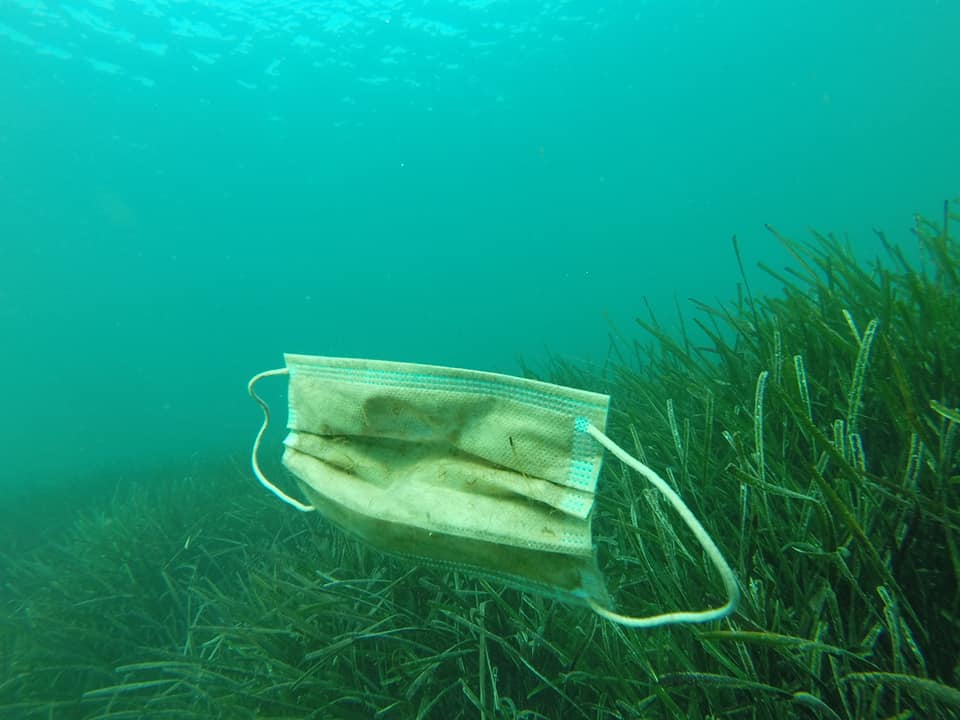 Whether on the foreshore of the Thames or the deserted beaches of Soko, the planet is awash with pandemic plastic.
Data are hard to come by but, for example, consumption of single-use plastic may have grown by 250-300% in America since the coronavirus took hold, says Antonis Mavropoulos of the International Solid Waste Association (ISWA), which represents recycling bodies in 102 countries.
Much of that increase is down to demand for products designed to keep covid-19 at bay, including masks, visors and gloves.
According to a forecast from Grand View Research, the global disposable-mask market will grow from an estimated $800m in 2019 to $166bn in 2020.

Staggering though such figures are, personal protection is only part of the story.
Lockdowns have also led to a boom in e-commerce.
In March, as parts of America and Europe shut up shop, some 2.5bn customers are reckoned to have visited Amazon’s website, a 65% increase on last year.
In China, more than 25% of physical goods were bought online during the first quarter of the year, according to the Peterson Institute for International Economics, a think-tank in Washington, DC.

Much of what is bought online comes wrapped in plastic—and the bad kind at that.
Goods are often packaged in plastic comprising several layers.
That keeps the contents safe in aeroplane holds and on delivery lorries.
It also makes it nearly impossible to recycle the plastic.
At the same time, the locked-down masses have been consuming home deliveries from restaurants in record numbers.
First-quarter sales at Uber Eats, one of America’s biggest restaurant-delivery apps, for example, rose by 54% year on year.
Every extra portion of curry, or pot of garlic dip, means more plastic waste.

If the public’s increasing appetite for single-use plastic worries environmentalists, then so too does its diminishing inclination to recycle materials that can be reused.
In Athens, for example, there has been a 150% increase in the amount of plastic found in the general-waste stream, says Mr Mavropoulos.
Anecdotal evidence from ISWA members suggests this is a worldwide trend.
An unwillingness to recycle might be explained by people’s nervousness about venturing out to put waste in recycling bins.
Or it might just be that lockdowns have put more pressing matters into their minds, prompting a slip in their diligence. 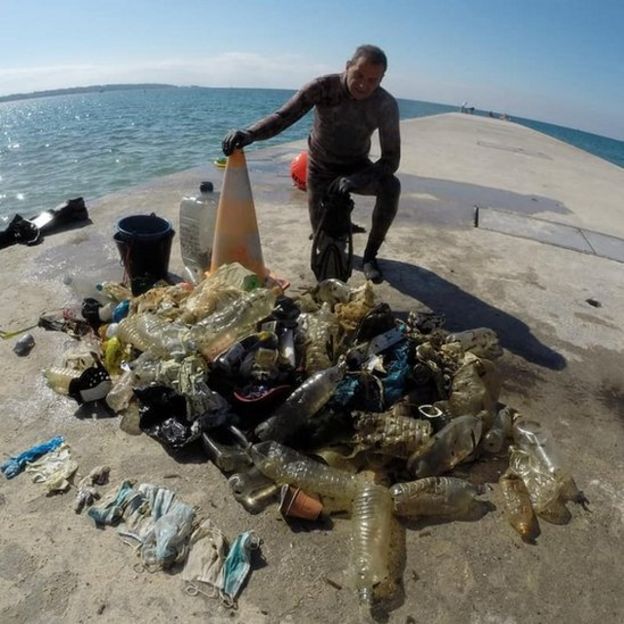 Covid-19 has led to a glut in plastic waste in other ways.
For one, the pandemic caused a crash in the oil price.
Because petroleum is a major constituent of most plastics, they became cheaper to produce, says David Xi of the University of Warwick.
That in turn gave firms less incentive to use the recycled stuff.
But the growth of plastic rubbish is mainly caused by the fact that municipalities around the world have curtailed their recycling schemes.
Collections have been cut back and plants have been shut over fears about spreading the contagion.
Worries about contaminated rubbish have also made some refuse collectors and sorters nervous about going into work (the virus can survive for about 72 hours on plastic).

All of which means that much of the plastic produced this year is ending up either in landfill sites or being incinerated.
Both could store up future problems.
Landfills, especially in poor countries, are often little more than open dumps.
They are responsible for some of the biggest leakages of plastics into oceans, says Mr Mavropoulos.
Because the material is light, it is easily swept by rain or wind into waterways.

Incineration is not much better.
Again, particularly in the developing world where facilities can be shoddy, not only can burning plastics create toxins, but it also often fails to obliterate the plastic, leaving considerable levels of nano- and micro-particles.
These can both be emitted into the atmosphere, where they can cause cancers, or leach into groundwater and eventually into oceans.

There is no academic consensus on whether plastics in the oceans, once they are broken down by salt and sun into micro-particles, are particularly dangerous to animals.
Polymers, on which plastics are based, are chemically inert, although some additives can be toxic.
But given the huge natural experiment now under way, researchers may soon have a clearer idea.
“We are only just starting to understand the potential impacts of nanoparticles and the way in which they can penetrate into living cells in marine organisms as well,” says Dan Parsons, director of the Energy and Environment Institute at the University of Hull.
“Plastic nanomaterials released into the environment could be the asbestos of the seas.” 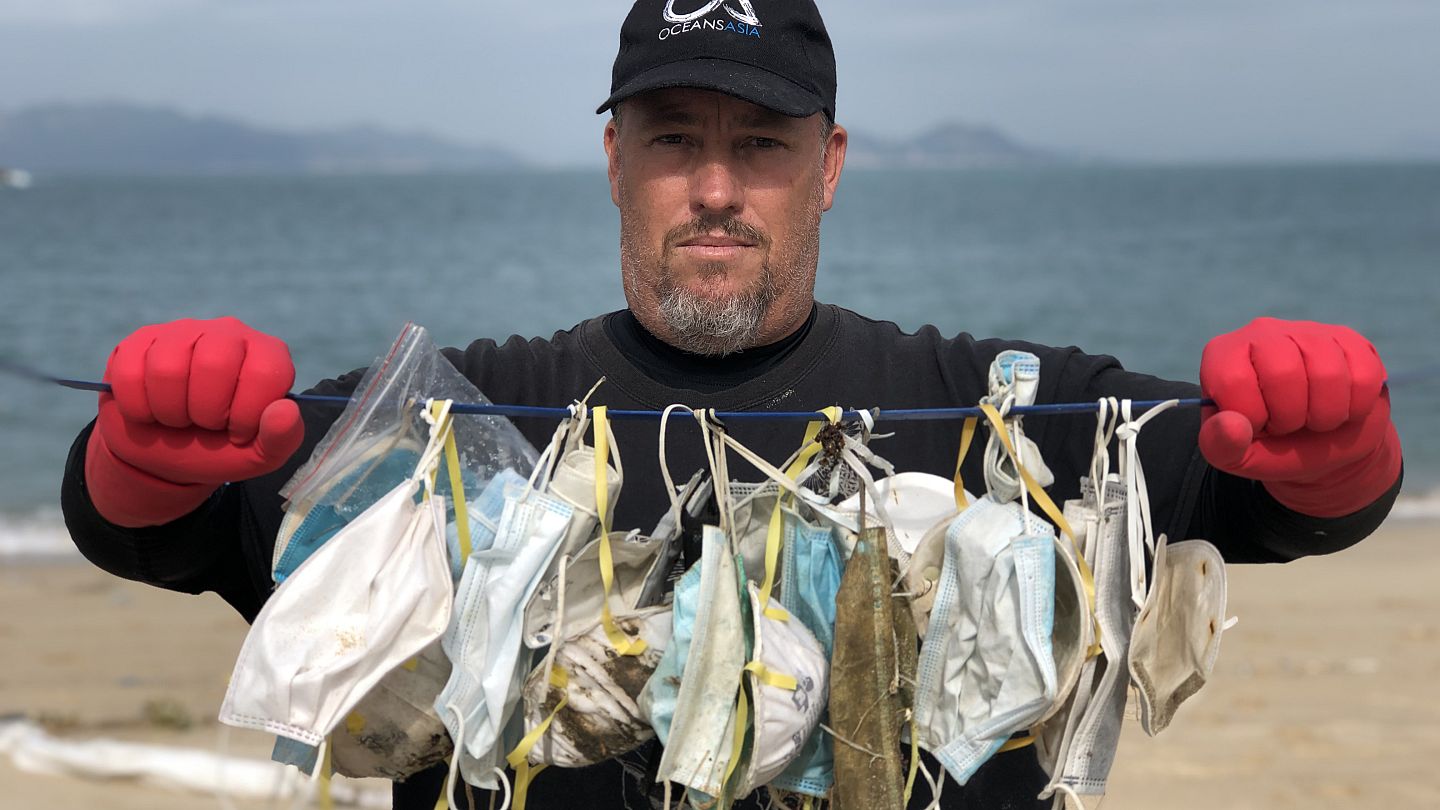 Indeed, like the virus itself, pandemic-era plastic pollution is hitting the poor hardest, says Inger Andersen, executive director of the United Nations Environment Programme.
In low-income countries, 93% of waste goes into open dumps, she says.
And where there are incinerators, they tend to be of low quality.
Even in rich countries, the poor are more likely to live closer to facilities that deal with rubbish, says Ms Andersen.

There are good reasons why the public has turned to plastics, says Mr Parsons: “People know that it protects them” from the coronavirus.
Not only that, points out Ms Andersen, it is hardly fair to blame manufacturers for producing environmentally unfriendly protective equipment—or consumers for buying it—given the global scramble to obtain the materials needed to make the masks and visors that keep health workers and others safe.
And a world in which less plastic is produced would not necessarily be a greener one.
Because the material is light, it often causes lower emissions when it is transported than alternatives do.

But what worries Mr Parsons is that years spent trying to change the public’s attitude towards single-use plastic might now be lost.
Preliminary findings from research his team has conducted suggest that the public has reverted to its earlier insouciance about plastic waste.
The pandemic has already encouraged the rolling back of anti-plastic legislation, such as taxes on single-use grocery bags in some American states, or a ban on plastic straws in Britain.
Ironically, that may even help the climate.
But just as covid-19 has scarred families and harmed livelihoods across the world, its effect on the planet will linger, too, in the world’s landfills and oceans.