Will ships without sailors be the future of trade?

From BBC by Stav Dimitripoulos

On 7 May, customs officers in Ostend, Belgium, received a box of oysters from the UK.
The molluscs had been caught in Essex and transported to Belgium on a 12m (39ft) aluminium-hulled vessel, which traversed the English Channel with no humans on board.
It was the world's first unmanned commercial shipping operation. 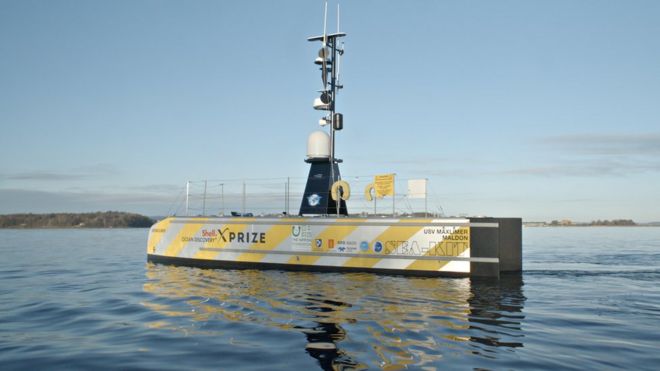 The Sea-Kit's achievement was impressive but is there really a market for unmanned shipping?

The crewless boat was carefully watched by four people in a control centre in Tollersbury, Essex, headquarters of Hushcraft, the company behind the design and development of the craft. 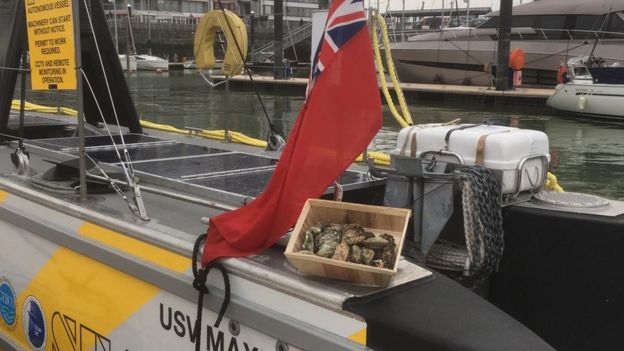 The boat's minimalist payload was a box of local oysters 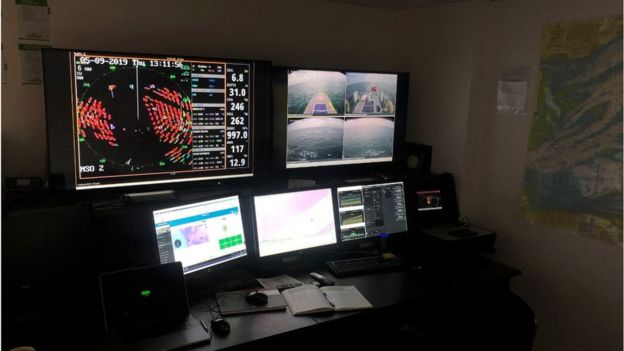 Onboard cameras and microphones feed information to the control centre

The boat was made by Sea-Kit, and the same vessel helped an international team of hydrographers, funded by the Japanese non-profit Nippon Foundation, win the $4m (£3.2m) Shell Ocean Discovery Xprize for advances in autonomously mapping the oceans.

Now Hushcraft wants Sea-Kit to be used for transporting cargo, hence mounting the 5kg box of oysters - a local delicacy - on to the vessel and sending it to Ostend.
But is there a market for it?
"The benefits are many," says Mr Simpson.
"You can send them around the world to do different jobs at a significantly reduced cost. Then, you don't have to have a galley, you don't have to have toilets. You can utilise space."

They are better for the environment as they can be electrically propelled, and since they can use smaller ports they can replace road transport and cut even more fumes, he says. 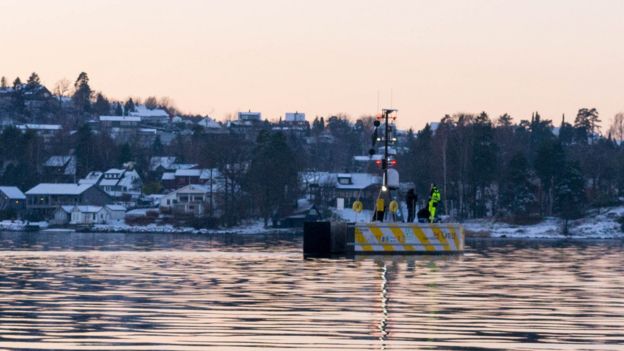 For Lawrence Brennan, a retired US navy captain and adjunct professor of admiralty and maritime law at Fordham University School of Law, all these virtues of uncrewed cargo ships come with certain caveats.

Ships with no sailors mean no risk to human life from fires or other hazards at sea.
No-one needs to recruit staff, pay them, keep them trained or guard against unlicensed crew.
The boats can go anywhere.

But, in Prof Brennan's view, the first Achilles heel of unmanned shipping might be the very technology that created it.
A failure in communications between vessel and base will render it a ghost ship, hopelessly drifting without a soul on board, a hazard to its owners, the owners of its cargo, and the environment, he argues.

"Unmanned ships may be stopped by pirates by disabling shots or damaging the ship's propeller and rudder," Prof Brennan continues.
Karolina Zwolak, head of the Navigation Section at the Institute of Navigation and Marine Hydrography of the Polish Naval Academy, contributed to the success of the oysters' voyage.
Part of her job was collision avoidance.
Dr Zwolak is already working on the Sea-Kit international team's next ambitious endeavour, which will be to sail across the Atlantic next year, but is aware of the technology's limitations
"When unexpected situations occur on board, human creativity, experience, and non-schematic thinking can solve the problem," she says.

So she does not see a revolution in the shipping industry in the near future.
"I just believe more and more tasks will be delegated on shore, using communication technology," she says.

From crew to office

For his part, Mr Simpson, who believes crewless short-sea transportation might not be a rarity in five years from now, says that problems such as the risk of piracy plague both manned and unmanned vessels.
He also thinks it is not economically sound to lay people off.
"Unmanned ships need to be built, maintained, and controlled. The people that would have been on the bridge of a manned vessel are now in the office," he maintains, adding that a lot of training will be involved in the transition.

The other obstacle is the law.
"The legal regime is decades, if not a century-and-a-half out of date," says Prof Brennan.
"As unmanned ships were never contemplated until recently, legislation says manning is essential for having a ship that is seaworthy, classified, and authorised to operate in national waters and on the high seas," he explains.

For self-navigating ships to crisscross the oceans free from legal constraints, an entirely new maritime legislation will have to be drawn up and embedded in national laws and international regimes, otherwise financiers will be frightened off.

Still, the international maritime community is going through such a frenzy of technological creativity, that for Dr Zwolak there will be a solution soon.
"Technology has always preceded law," she says.