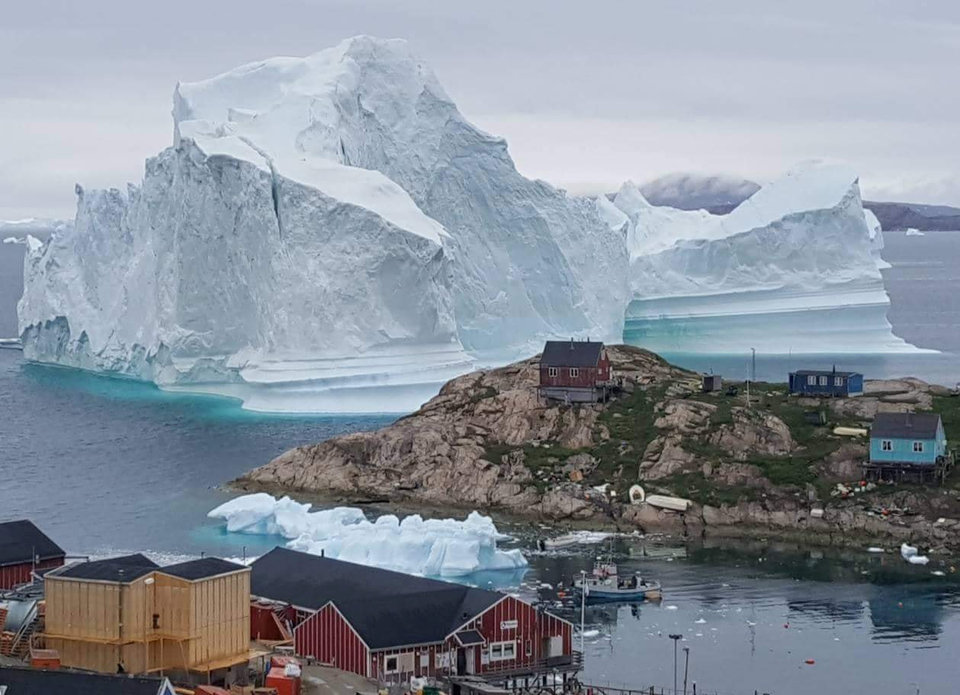 From The Washington Post by Cleve R. Wootson Jr.

An 11-million-ton iceberg is parked precariously close to the tiny village of Innaarsuit — a glacial faceoff that pits 169 residents of Greenland against the biggest iceberg many have ever seen.

Their fate could be entirely dependent on the weather forecast.

If a strong enough wind blows at the right time, the berg could be dislodged from the spot where it has grounded, and float harmlessly into Baffin Bay.
Crisis over. But if Mother Nature brings enough rain, the relatively warm precipitation could further destabilize the iceberg, potentially sending a chunk of it into the ocean and creating a tsunami that could wash away part of the town.
“We are very concerned and are afraid,” Karl Petersen, chair for the local council in Innaarsuit, told the Canadian Broadcasting Corp.
So far, 33 people have been moved to safer places inland.
Others have been encouraged to move their boats away from the iceberg. 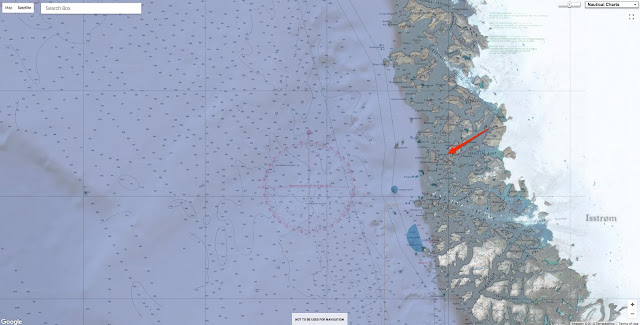 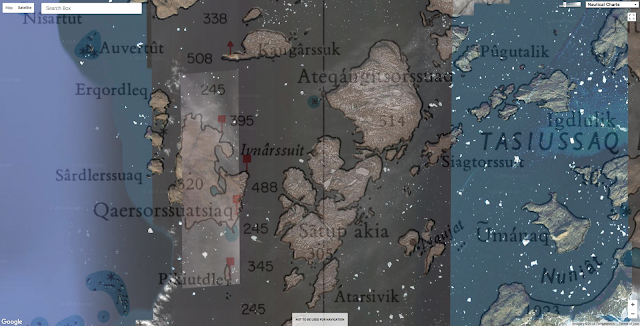 Innaarsuit is about 600 miles north of Nuuk, the country's capital.
The village's residents are mostly hunters and fishermen in an isolated area most easily reached by boat or helicopter.

The iceberg is 650 feet wide — nearly the length of two football fields — and rises 300 feet above sea level, according to the New York Times.
In terrifying pictures, it literally casts a shadow on a hilly outcropping of Innaarsuit, dwarfing boats, homes and businesses. 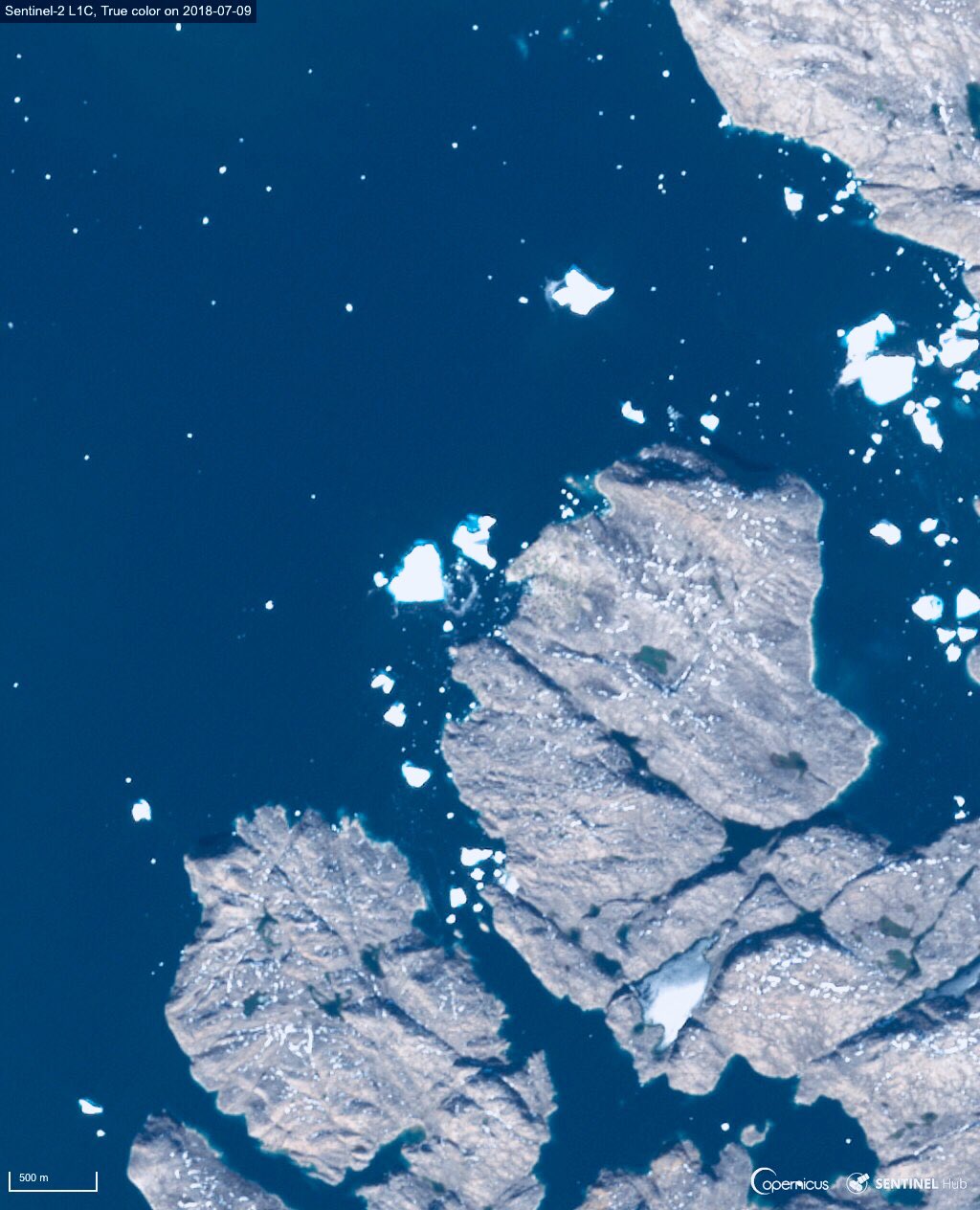 Residents don't need lengthy memories to know the effect even a small tsunami could have on the country that doubles as the world's biggest island.

Last June, according to Quartz, a landslide caused by a 4.1-magnitude earthquake that struck 17 miles north of the village of Nuugaatsiaq partly triggered a tsunami that washed away 11 homes and killed four people.
Video posted online showed villagers sprinting away from approaching waves washing over seaside homes.

Tsunamis caused by landslides in bays can rise to incredible heights, travel at devastating speeds, and cause massive destruction, according to Quartz.
A similar giant wave was thought to have destroyed the city of Geneva in 563 AD, the Economist wrote.

Of course, even if there isn't some giant city-destroying Hollywood-style tsunami, there are other dangers from rising water.
Nearby rivers could overflow their banks, for example, threatening homes and other buildings that don't face the sea.
And Innaarsuit's power plant is also on the coast, meaning flooding in a very specific place could send Innaarsuit into the Dark Ages.

A Danish Royal Navy ship is standing by, according to the CBC, in case the situation sours.
“We can feel the concern among the residents,” Susanna Eliasson, a member of the village council, told CBC.
“We are used to big icebergs, but we haven’t seen such a big one before.”

For now, the residents of Innaarsuit are watching the weather.
The area will see relatively sedate winds for the next week.
And on Sunday, July 22, it's supposed to rain.