Isle of Wight Red Funnel ferry ran over a yacht when the master got stressed during fog, investigation concludes 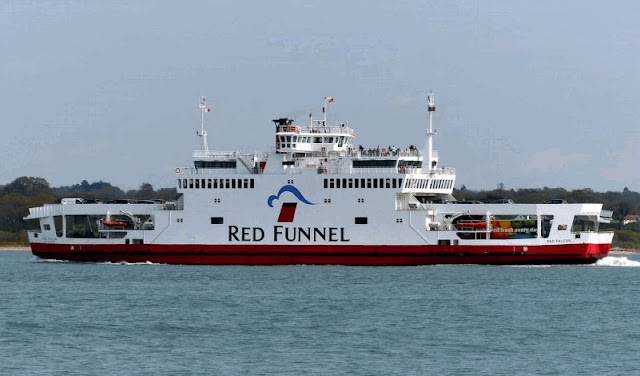 At 0811, when navigating in severely reduced visibility in Cowes Harbour, the master of the Red Falcon lost orientation when his vessel swung out of control, departed the navigable channel and was spun around through 220°.
In his confusion the master drove the ferry in the wrong direction resulting in a collision with the moored yacht Greylag which was sunk on its mooring as a result. Visibility varied between 0.2 and 0.5 nautical miles, but dropped to about 50 meters at the time of the collision. 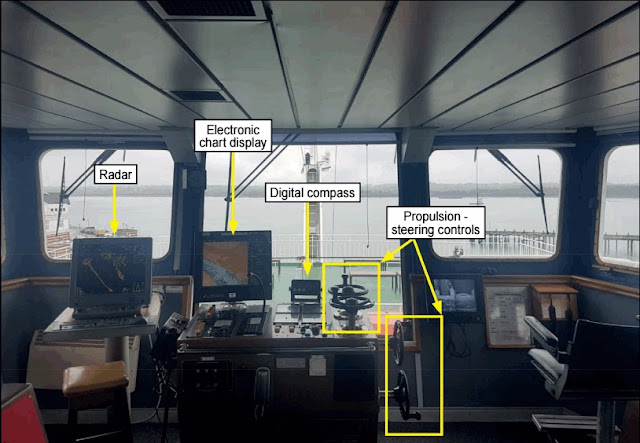 view toward Cowes end of ferry 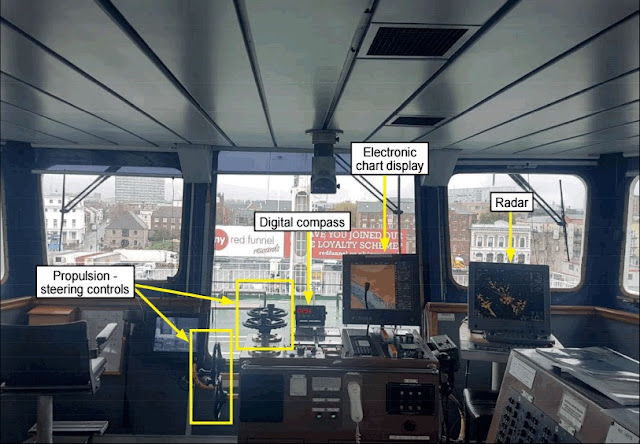 The MAIB report states that the master became fixated upon the information displayed on his electronic chart and operating engine controls, ignored information displayed on other electronic equipment and became cognitively overloaded due to high stress.
The bridge team became disengaged from the operation due to a lack of clear communications and emergency scenario training. 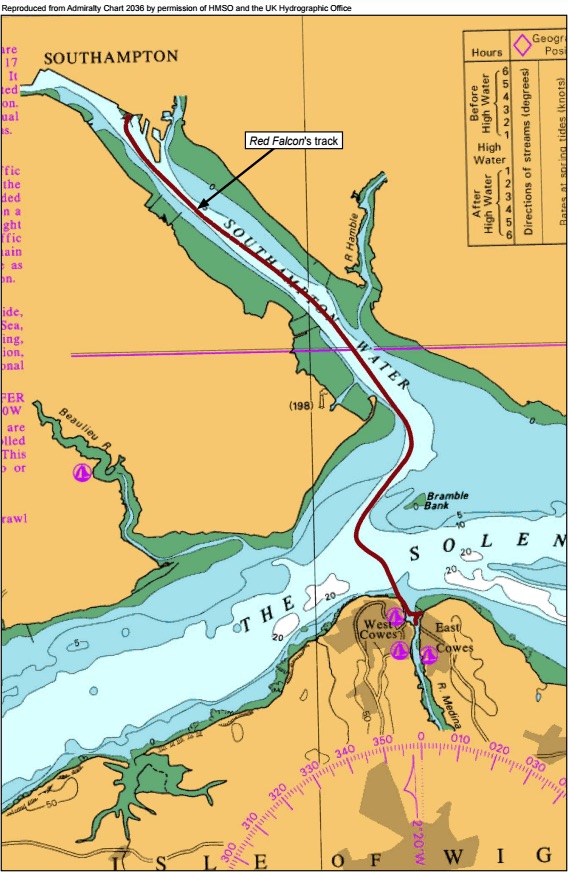 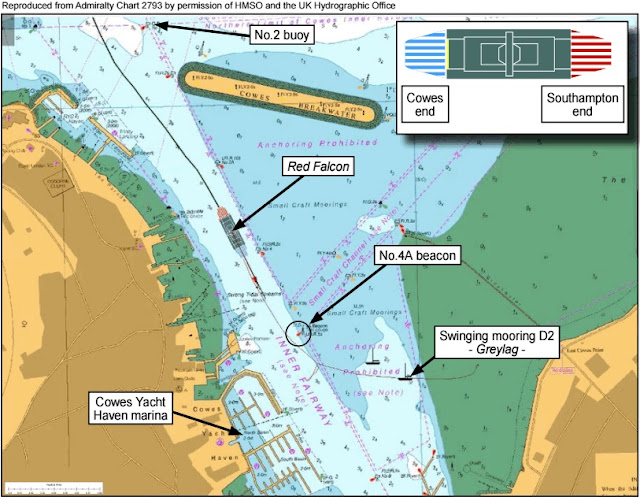 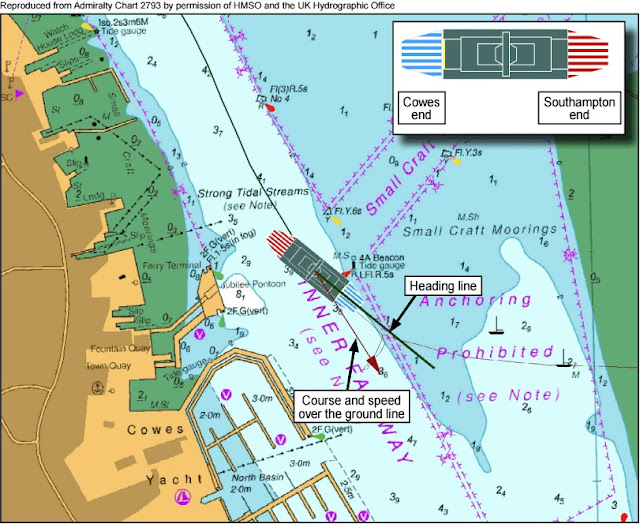 Red Flacon starting to swing out of the Channel 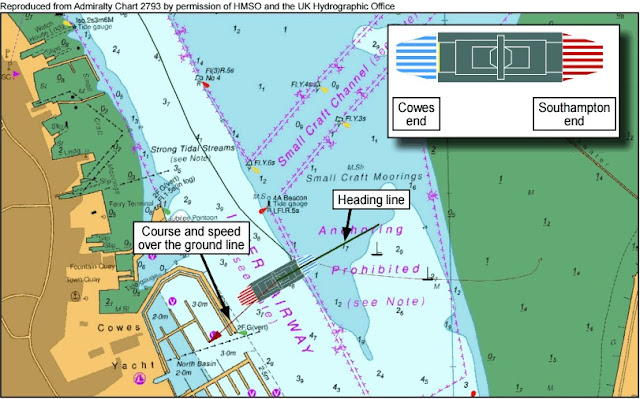 Red Falcon turned around before proceeding through moorings

The MAIB Chief Inspector of Marine Accidents Andrew Moll said: “Our investigation highlighted how quickly restricted visibility can negatively affect individuals’ awareness and orientation, which increases their stress and impacts on decision making.
Crews on vessels of any size can be affected, but the consequences can be mitigated by prior preparation and training, effective teamwork and a full understanding of the capabilities and limitations of the available instrumentation.” 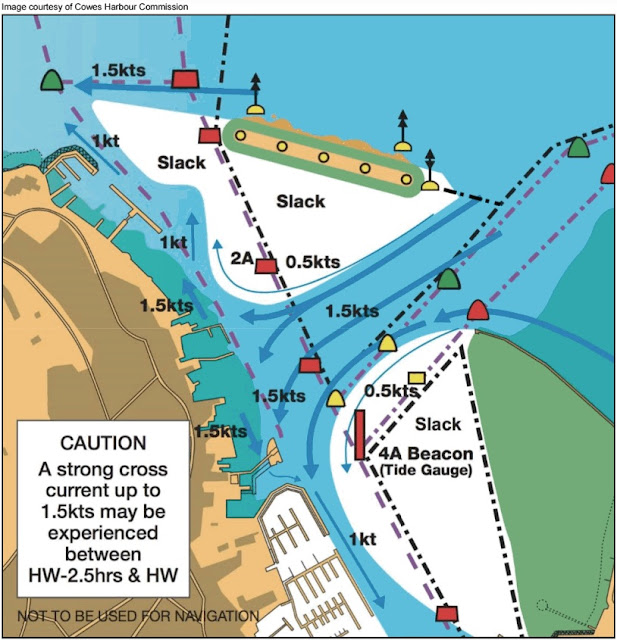 Nobody was on board yacht Greylag when it was struck and overrun by Red Falcon.
In this respect, the family on a yacht on a nearby swinging mooring had a lucky escape, said Moll.
“When Red Falcon swung around it narrowly missed Cowes Yacht Haven marina wall, and had yachts been rafted there the consequences of this accident could also have been much more severe.” 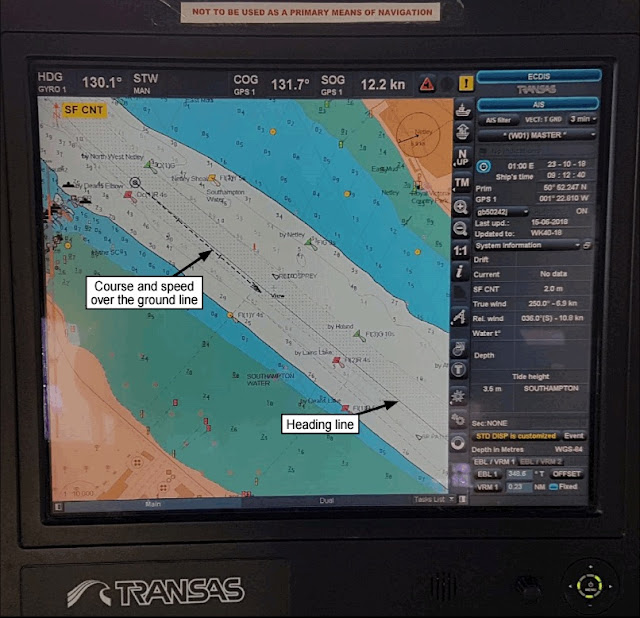 Red Funnel’s operating procedures for navigation stated that: “All Masters and Officers must practice blind pilotage in clear weather as a Bridge team in order to establish confidence and familiarity with the Radar pictures of the district and the techniques required to maneuver the vessels without visual references.
Such blind pilotage exercises must be carried out and recorded at intervals not exceeding one month.”

Any blind pilotage training carried out was recorded within the company’s computer-based training record system.
The records showed that the crew of Red Falcon had last undertaken blind pilotage training departing Cowes on the day before the accident.
The training records did not show who undertook the role of helmsman, and therefore who had practiced steering by compass or steering within Cowes Harbour.
Further investigation of the records revealed that the helmsman on the day of the accident had not steered a Raptor class ferry into Cowes for over 10 months.

The report is available here.  (Gov.uk)