The next five years will shape sea level rise for the next 300, study says

Residents look at an exposed erosion along the boardwalk of Macumba beach after waves washed away the sand in the weekend storm, in Rio de Janeiro on Oct 17
photo Reuters

The world is far off course from its goals in cutting greenhouse gas emissions — and research published Tuesday illustrates one of the most striking implications of this.

Namely, it finds that for every five years in the present that we continue to put off strong action on climate change, the ocean could rise an additional eight inches by the year 2300 — a dramatic illustration of just how much decisions in the present will affect distant future generations.

“One important point was to reveal that sea level [rise] is not in the far future, it’s now, and because the system is so slow, we just can’t see it at the moment,” said Matthias Mengel of Germany’s Potsdam Institute for Climate Impact Research, the lead author of the study, which was published in Nature Communications.
“But we cause it now.”

The study, which also included scientists at institutions in Australia and Austria, takes as its premise that the world will work to achieve the Paris climate agreement’s sharp cuts in greenhouse gas emissions.
The goal is to limit warming below 2 degrees Celsius (3.6 degrees Fahrenheit), which requires that the world essentially cease adding any more greenhouse gases to the atmosphere by 2050 or so.

This, in turn, means that global greenhouse gas emissions must reach a peak by either 2020, 2025 or 2030 (or possibly 2035) and then begin to decline rapidly.
The longer the wait, the faster the necessary decline after the peak.
If we delay longer still, it simply becomes too difficult to bring emissions down fast enough to avoid dangerous levels of global warming.

All of this has major implications for the global sea-level-rise commitment, the study finds.
Because emissions today impel rising seas over centuries, the researchers were able to calculate a surprisingly large impact of present choices on sea levels in the distant future.

For every five-year delay in the peaking of emissions, the middle-range sea level projection for 2300 increased by 20 centimeters, or about eight inches, the study found. 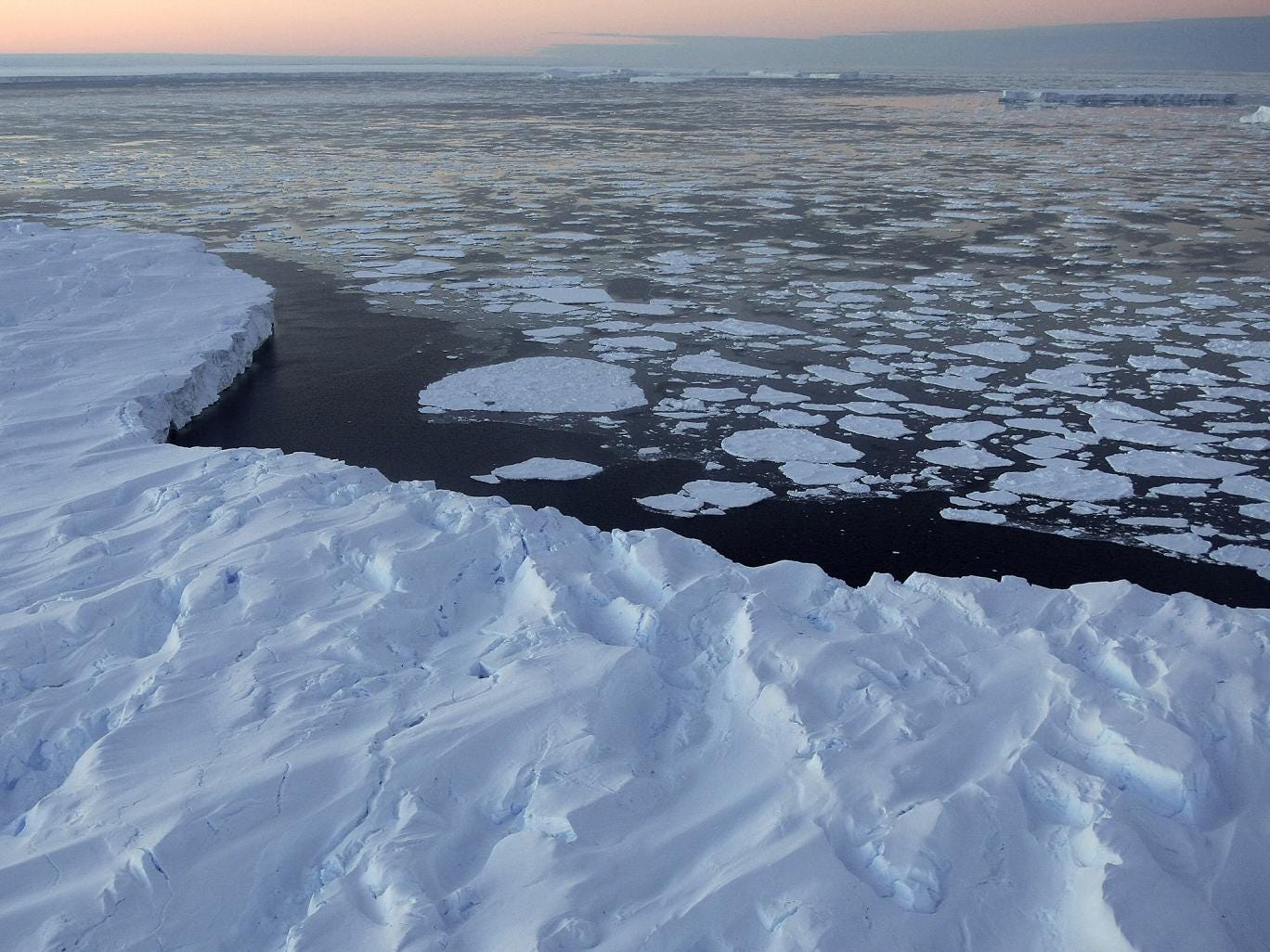 And that’s just the central estimate in the study.
At the extreme end of what’s relatively unlikely but still certainly possible, the research found that each five-year delay could mean as much as an additional meter, or over three feet, of sea level rise.
That is because of the ever-growing chance of major destabilization of the Antarctic ice sheet.
In some small number of scenarios, even with the sharp emissions reductions contemplated by the Paris agreement, the Antarctic ice sheet still gives up meters worth of sea level rise.

“It tells us that we are really uncertain, we don’t know enough about the ice sheets,” Mengel said.
Eight inches of sea level rise is about what the planet experienced during the entirety of the 20th century, Mengel said.
That itself highlights how much worse sea level rise could get in the future, as global warming increasingly warms the oceans (causing them to expand) and melts glaciers, the Greenland ice sheet and Antarctica.

It is important to note that Mengel’s study considers only sea level rise scenarios that are consistent with the very ambitious goals of the Paris agreement.
The world is not at all on a pathway to achieve those goals.
And even in these rosy scenarios, the study finds that seas could rise by between 2.3 and 4 feet by 2300, or about .75 to 1.33 feet per century.

If we miss the Paris targets, sea level rise could be far worse.

Last week, for instance, a different team of scientists confirmed that the pace of sea level rise is accelerating.
Extrapolating forward, their study in the Proceedings of the National Academy of Sciences found that if the current rate of increase continues, seas would rises by 2.13 feet by 2100 alone. 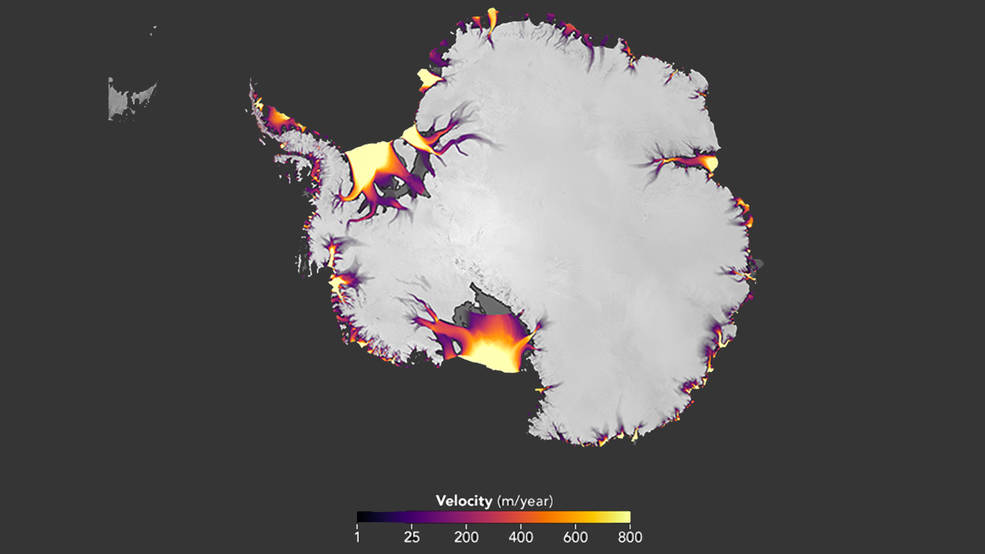 Meanwhile, a state-of-the-art study released last week in the open-access Cryosphere journal suggested that the loss of ice in Antarctica is also speeding up, which probably accounts for part of that acceleration.

In that work, a team of scientists with NASA and several institutions in the United States, Norway and the Netherlands found that the southern continent is losing about 183 billion tons of ice per year — thanks in part to an annual increase of 36 billion tons in the amount of total ice released from the continent into the ocean between 2008 and 2015.

The change is modest, given the total size of Antarctica — where about 2,000 billion tons of ice are added each year through snowfall, and even more are lost as ice breaks away, melts or gets blown back into the sea.
But, worryingly, most of the loss and the loss acceleration is concentrated in West Antarctica, long believed to be the weak underbelly of the Antarctic ice sheet.

The West Antarctic ice loss is 214 billion tons per year on average, Scambos said.
An additional 31 billion tons are lost from the Antarctic peninsula, and 61 billion are gained in East Antarctica because of snowfall, according to the scientists’ estimates.

It all points to the same conclusion — just where the ocean laps at shorelines experienced by a child in the year 2300 will very much depend on the present, and which pathway we choose to take, at a time when critical decisions about climate change are being made.

“The Paris agreement, it’s strict on what can happen,” Mengel said.
“It bounds our future.
… It shifts the focus to the next decades.”