A naval ship was forced to change course in order to avoid the cluster of buoyant rocks, located 1,000 miles off the New Zealand coast.

The unusual phenomenon was probably the result of pumice being released from an underwater volcano, experts said. 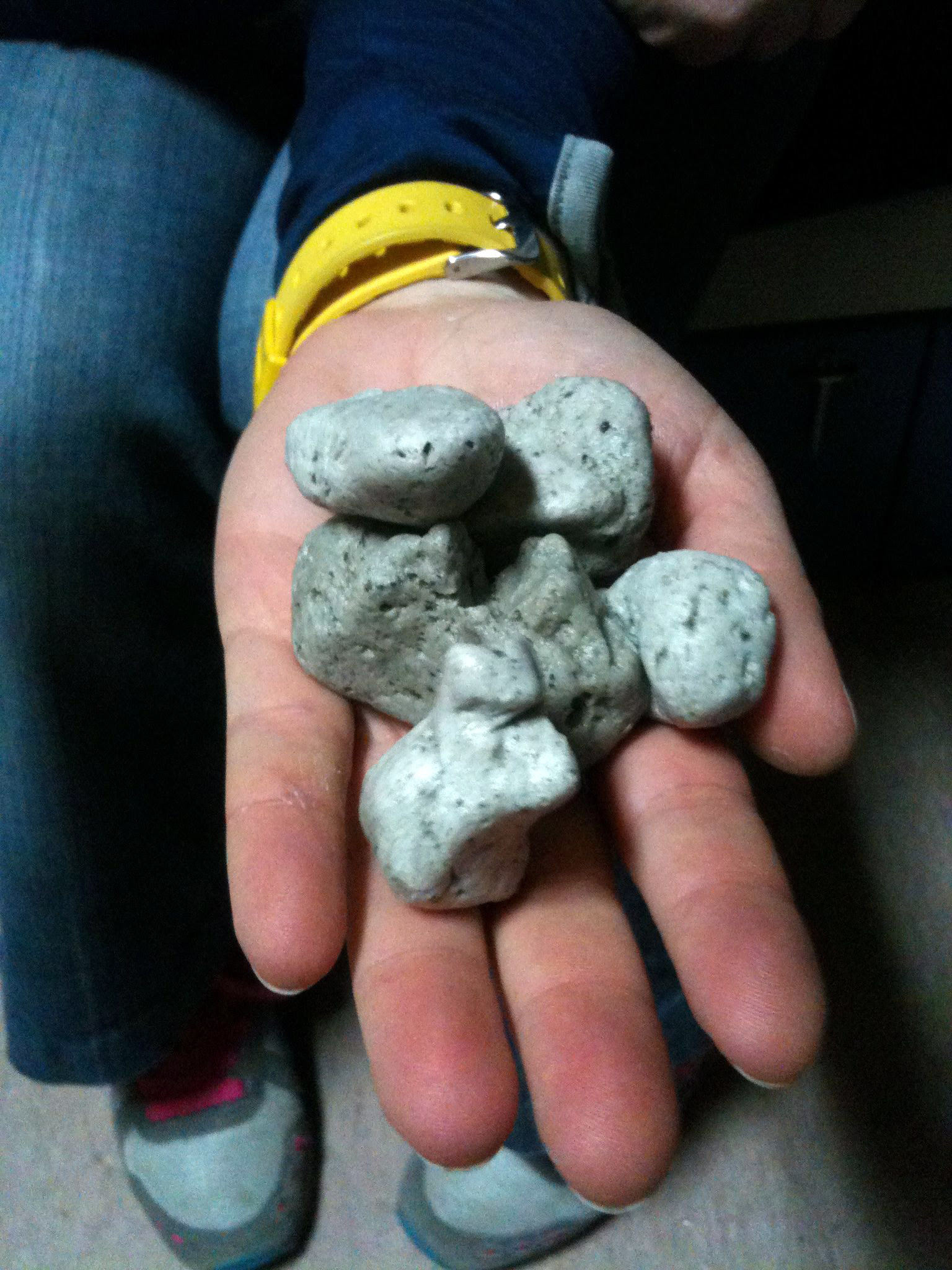 This photo from the New Zealand Defense Force
shows a handful of the rocks found floating in the South Pacific.

One navy officer described it as the "weirdest thing" he had seen at sea.
Lieutenant Tim Oscar told the AFP news agency:
"As far ahead as I could observe was a raft of pumice moving up and down with the swell.
"The [top of the] rock looked to be sitting two feet above the surface of the waves and lit up a brilliant white colour. It looked exactly like the edge of an ice shelf," the officer said.

Researchers aboard the ship, HMNZS Canterbury, suggest that the source of the pumice was an underwater volcano (seamount) known as Monowai, located to the north of New Zealand.
The pumice is likely to have been formed when lava from the seamount came into contact with seawater, and as it is less dense than water it quickly rises to the surface of the ocean.
Peio at 1:09 AM