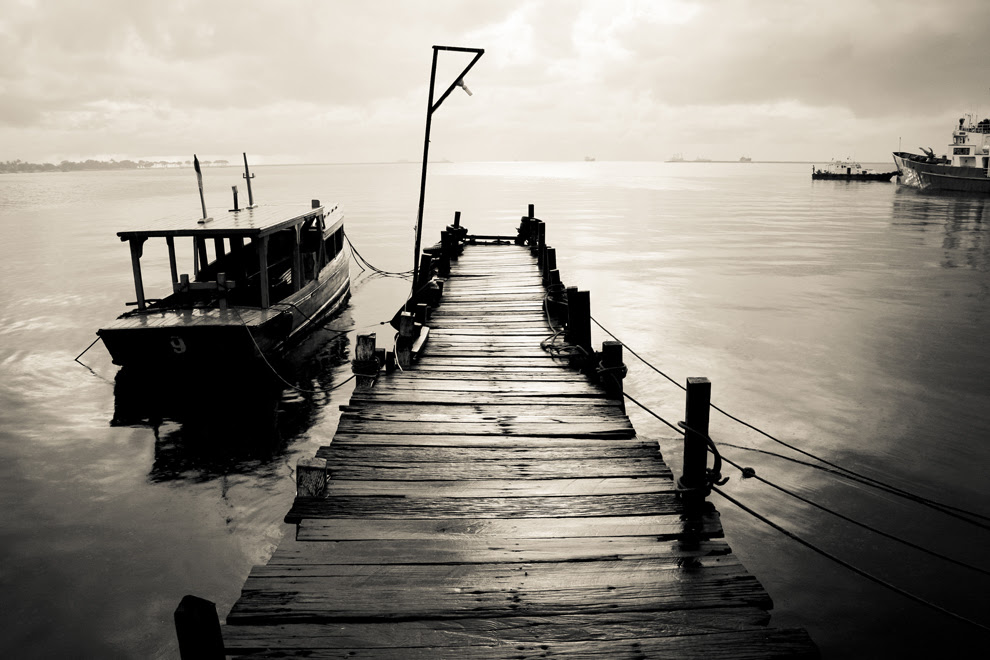 Just before a huge monsoon downpour, the ocean became flat as I have never seen before.
It was drizzling a bit, people were on their way to their house, when I walked up this pier.
The light rain made the pier mirror-like, and the ocean was so calm.
On the horizon are the islands just in front of Makassar, part of that special islands of Sulawesi. Makassar, Indonesia. (Photo and caption by Erik Kievit) 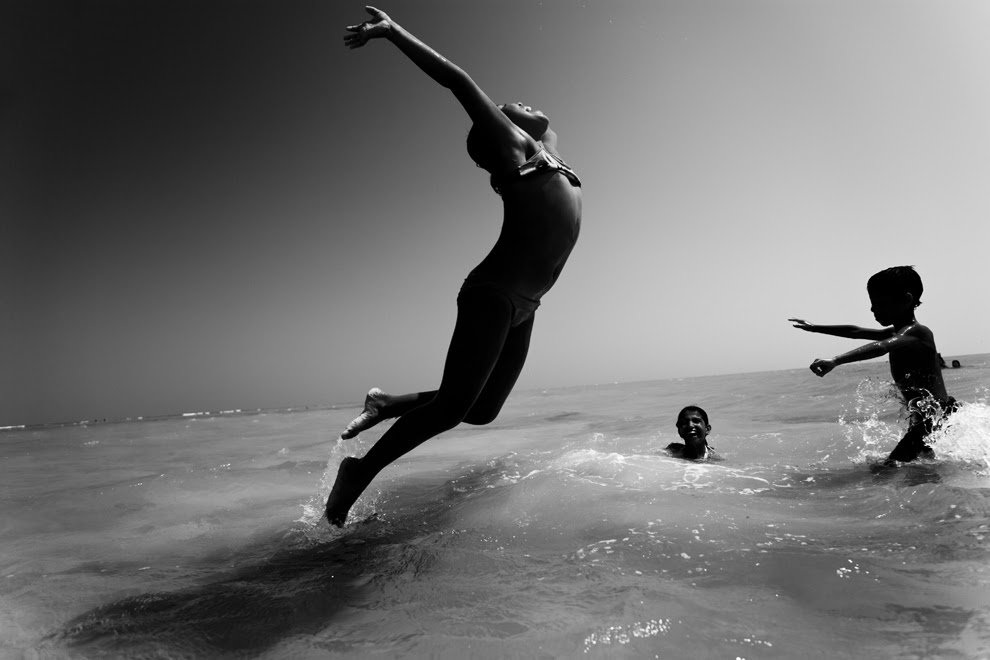 Children filled with happiness playing in the water. Brazil. (Photo and caption by Seth Solo) 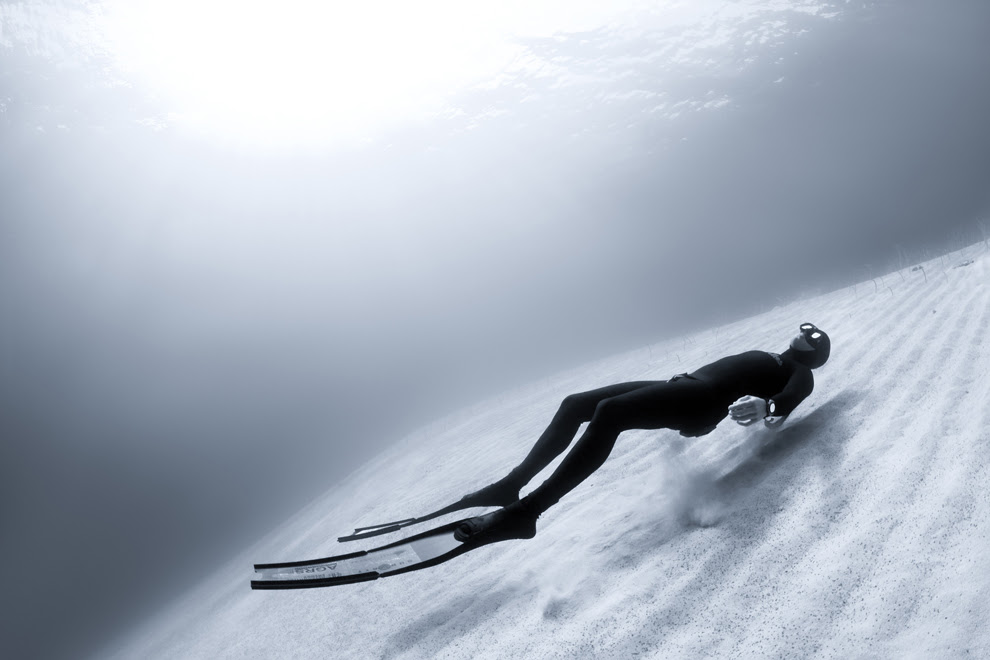 Sunbathing underwater : The sun gives us energy even underwater.
This image was captured during freediving (diving on a single breath without scuba gear) in the Red Sea. Eel Garden, Dahab, Sinai, Egypt.
(Photo and caption by Vaclav Krpelik) 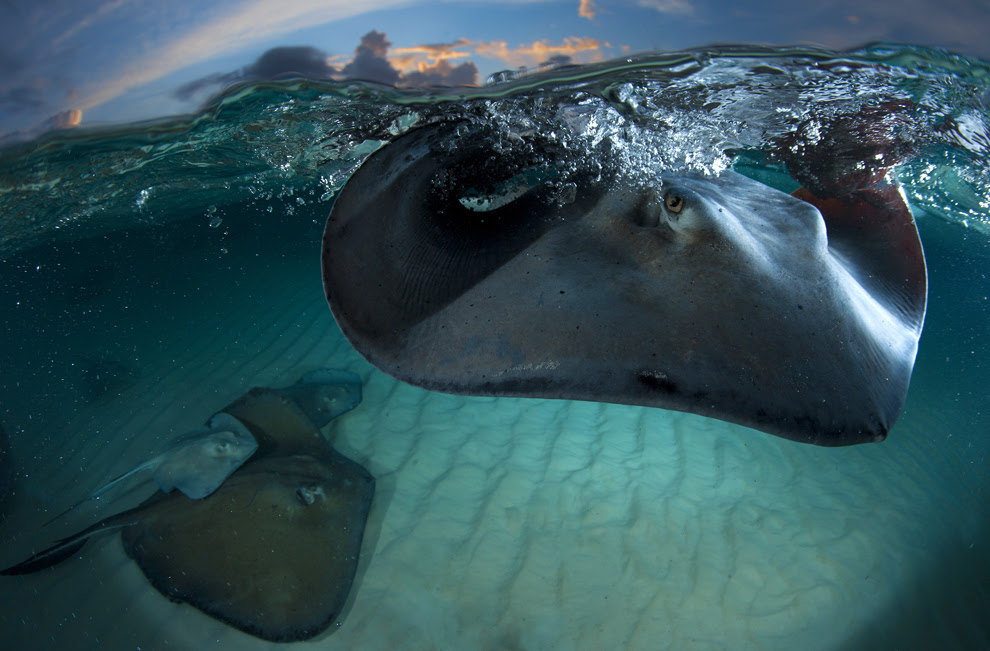 This image was captured to Sandbar, Grand Cayman during my last trip.
This beautiful creature turn around you very close and you can touch it.
This is a really amazing experience, you are surrounded by dozen of this friendly animal. Sandbar-Grand Cayman-Caribean
(Photo and caption by Gazzaroli Claudio) 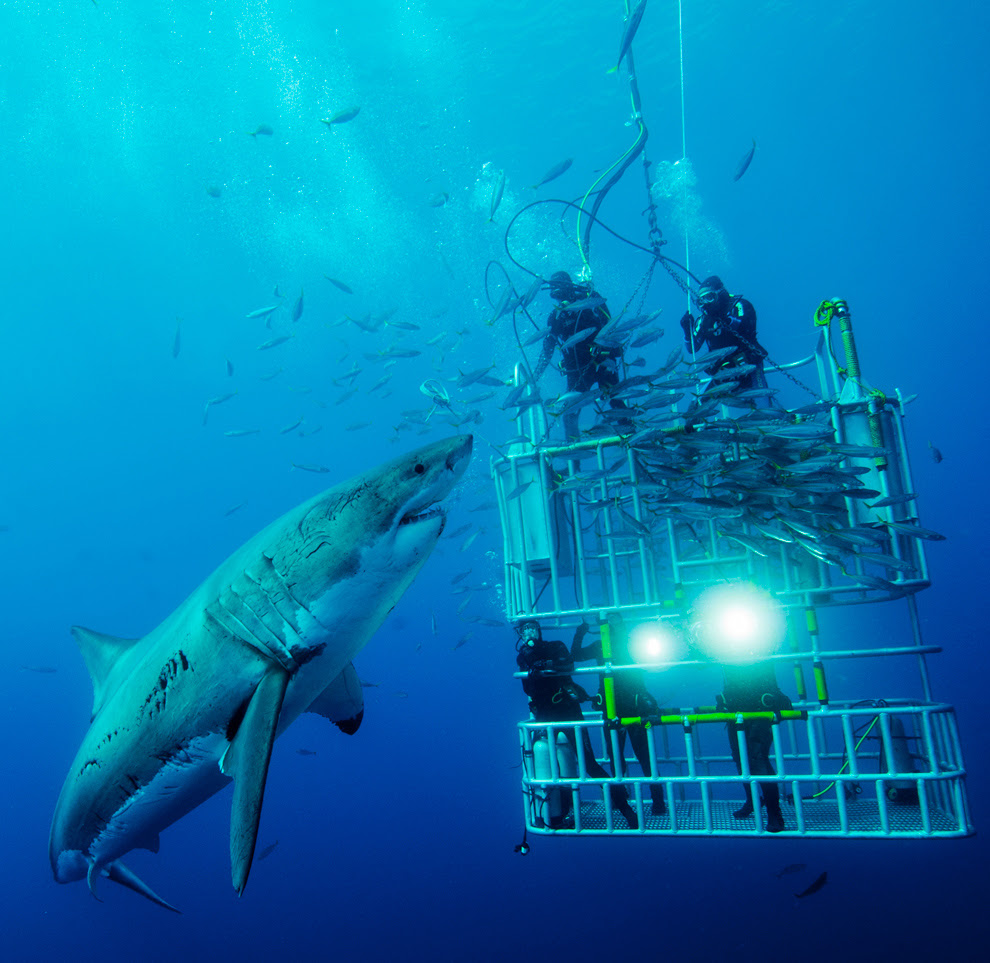 Patterns of sea stars as exquisite mosaics, attractive, and each time is different. Cambodia (Photo and caption by Andrey Narchuk

Photo & caption by Guy L. Brun
The upper Bay of Fundy, where this picture was taken in early August of 2011, is an important staging area for migratory birds on their long flight south.
Here, a flock of semipalmated sandpipers is in full motion after being spooked by a falcon looking for a tasty meal.

Photo & caption by Sarah Jones
I had just finished photographing surfers when this school of dolphins came through.
For once I had my camera with me and was able to get the shot!

Photo & caption by Tony Heff
Golden hour at Ala Moana Harbor, Honolulu. Ocean paddlers race the evening light back to the shore.

Photo & caption by Dafna Ben NunWhile diving with beluga whales in the Arctic, I managed to capture the O-shaped air coming up.

Photo & caption by Chris Kotsiopoulos
Fire in the sky! This is an image sequence containing 70 lightning shots, taken on Ikaría island, Greece, during a severe thunderstorm that took place June 16, 2011.
In order to make the sequence, I set the camera to a tripod taking 20-second shots.
After 83 minutes I ended up with this wall of lightning! 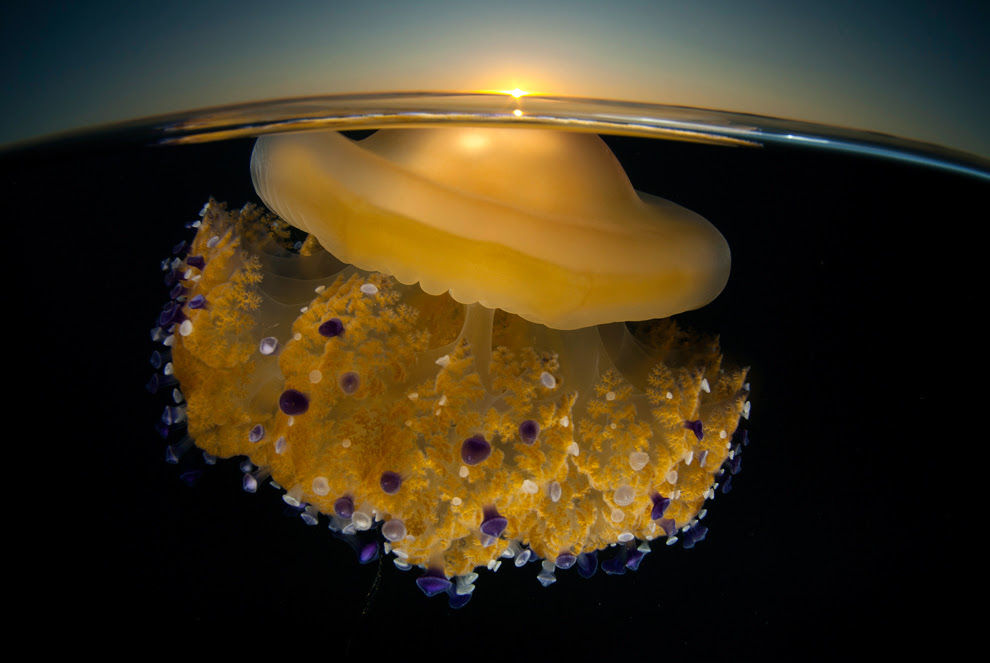 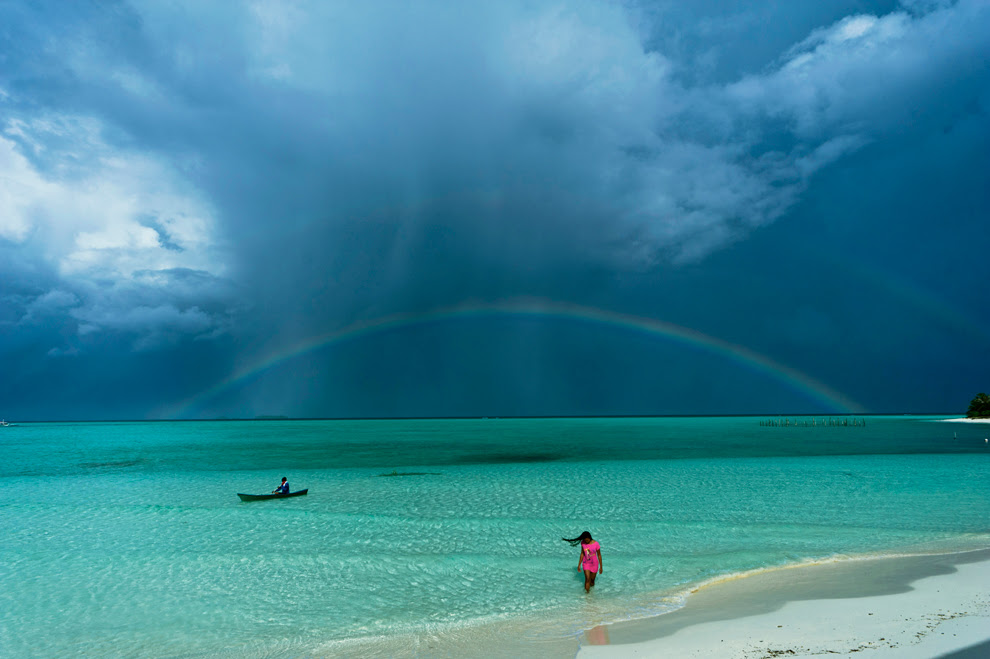 A beautiful rainbow after the rain, into the green zone of the Palawan Islands.
Onuk island, Balabac Palawan, Philippines. (Photo and caption by George Tapan) 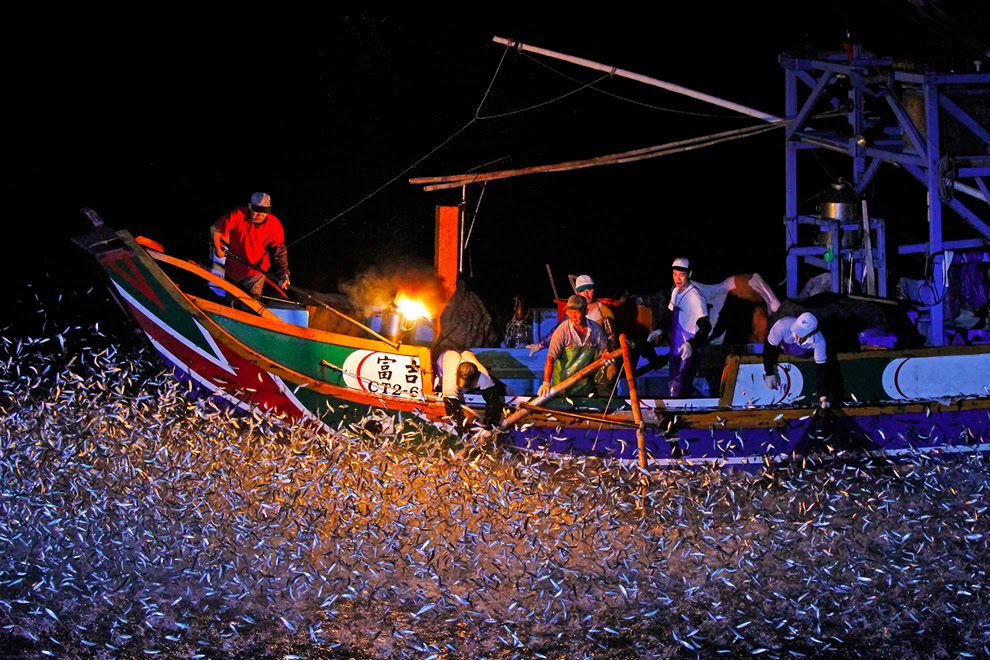 Once a year, Formosa fishermen’s unique sulfuric fire fishing ritual is handed down from generation to generation. Taipei, Taiwan. (Photo and caption by Hung-Hsiu Shih) 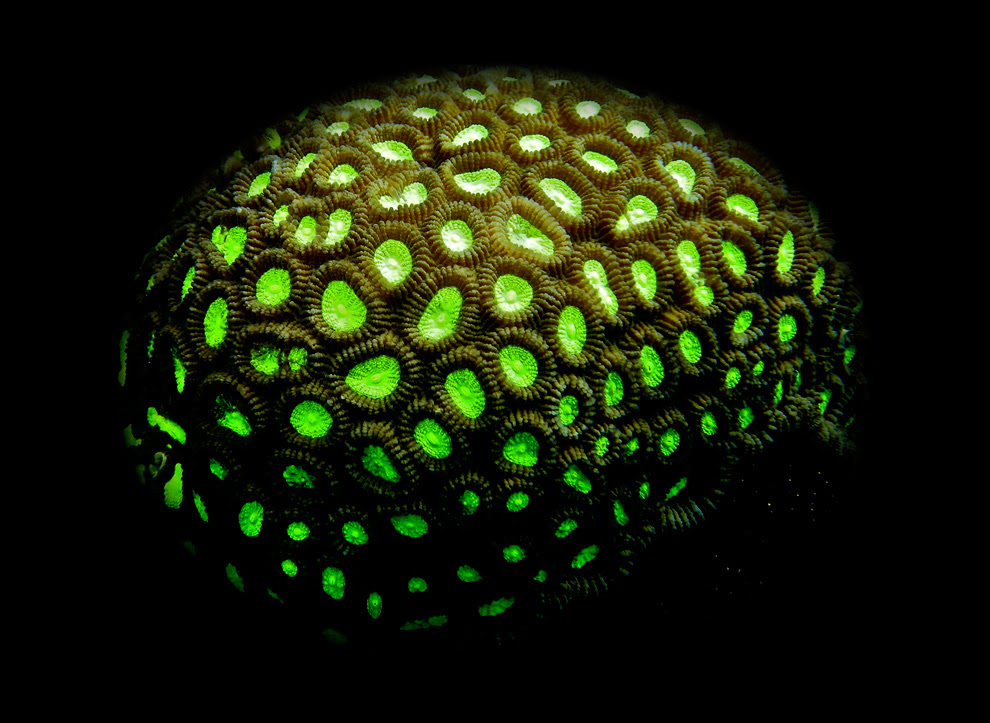 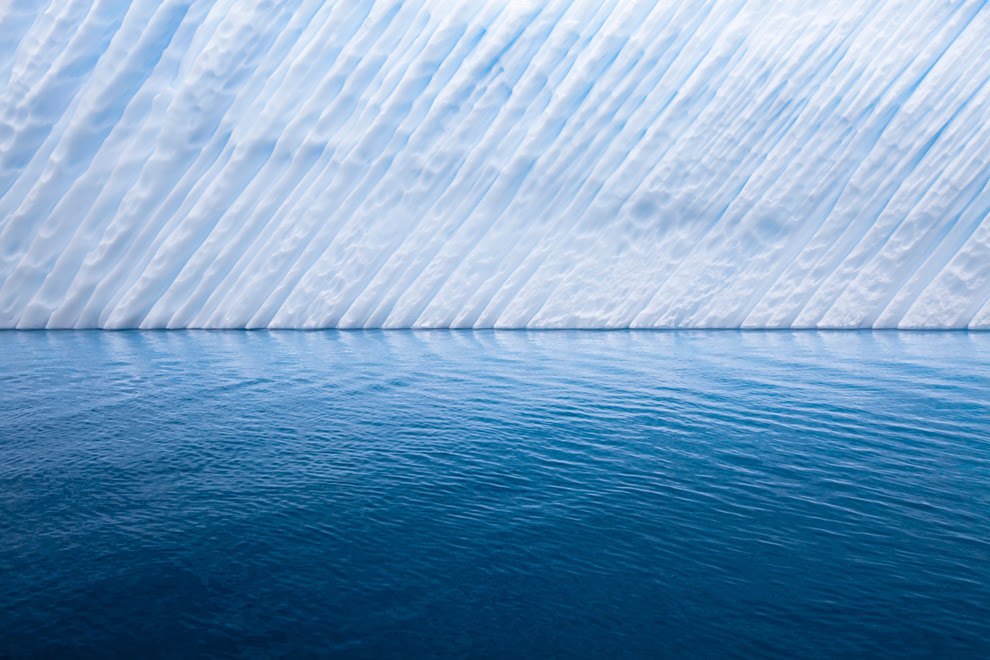 The edge of an iceberg floating just off the coast of Antarctica. (Photo and caption by Mike Matas) 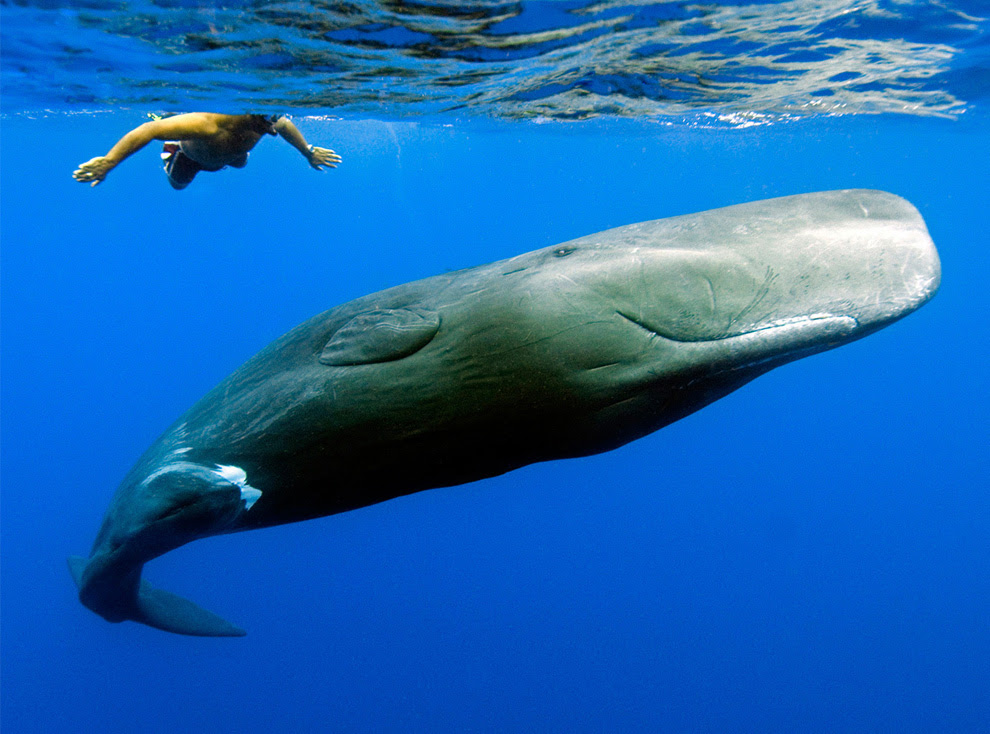 Andrew and his friend, a young sperm whale named Scar, were swimming together off the west coast of Dominica. The two of them became "friends" after Andrew saved Scar's life. (Photo and caption by Peter Allinson) 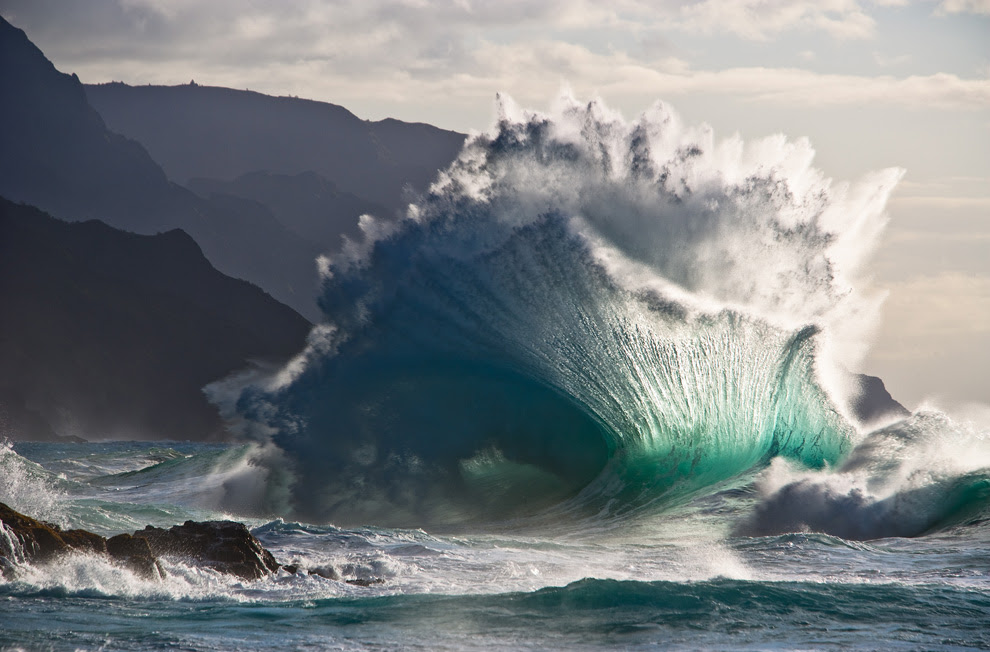 When the wave conditions are right a wave appears, infrequently, as a result of the splash back off the cliff connecting with an incoming wave. This causes the incoming wave to pop up, creating fan-like shapes. On this particular day, over the two hours I spent on the rocks, this wave only appeared once. This is that shot. (Photo and caption by Aaron Feinberg) 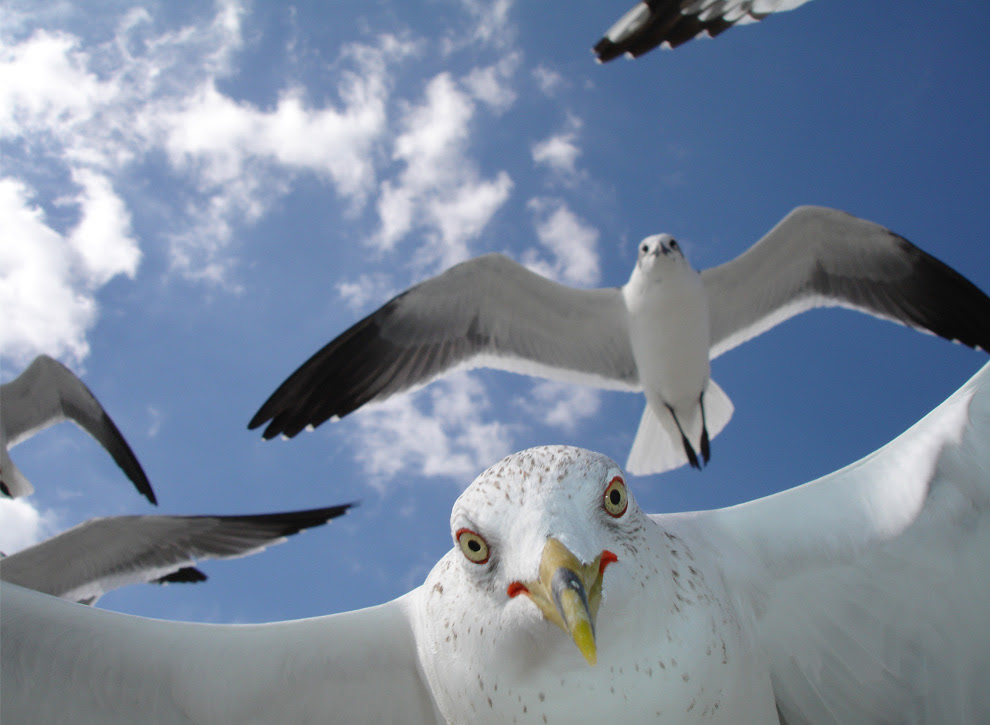