Geopolitics of subsea cables in the Arctic 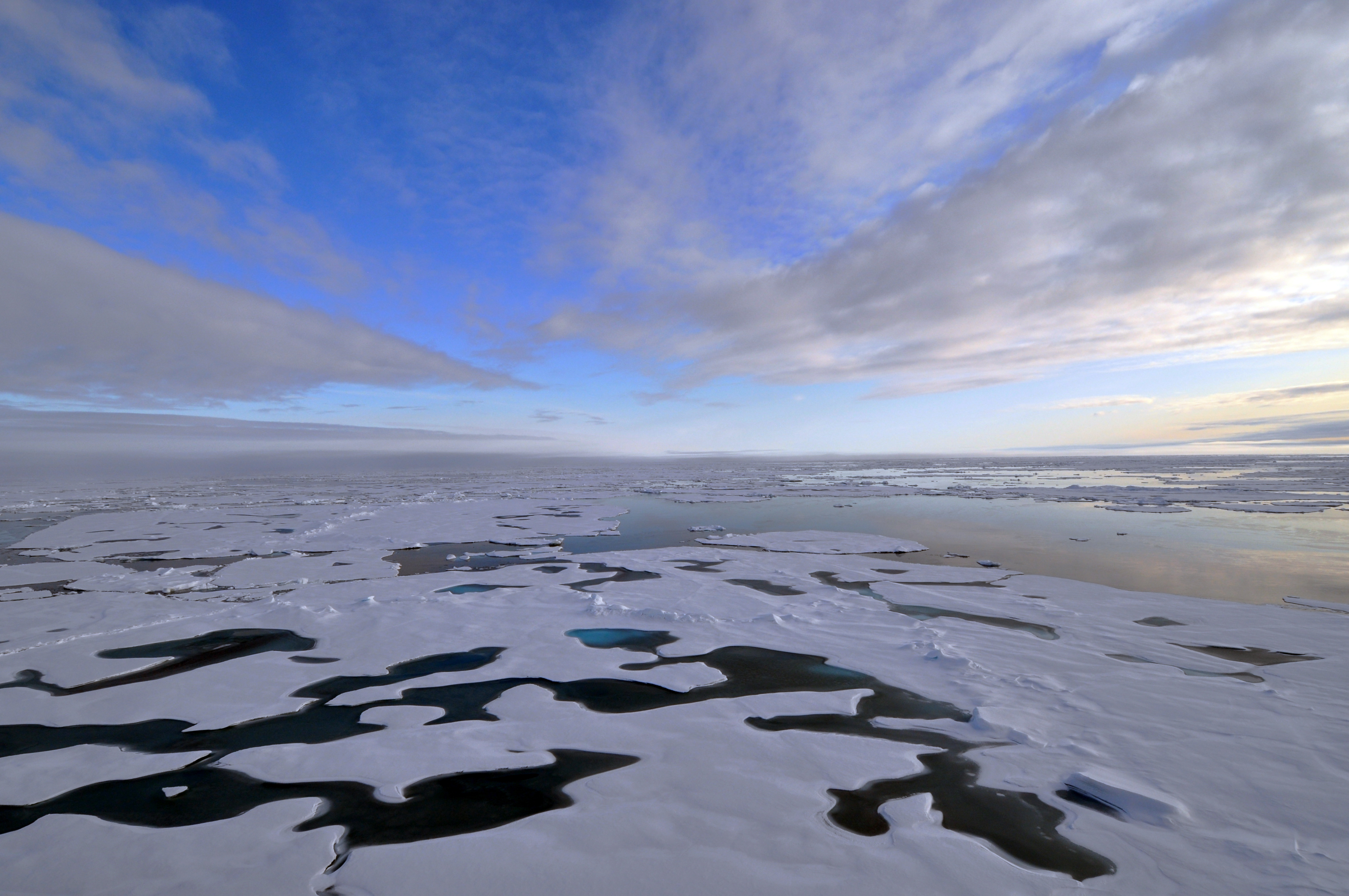 The clouds begin to thin over the Arctic Ocean Aug.19, 2009.
Photo: Patrick Kelley
From The Arctic Institute by Alexandra Midddleton & Bjorn Ronning
Subsea cables are essential parts of infrastructure, in that they serve to transmit all Internet data.
For something so critical to our modern life they are well hidden in the depths of oceans and seas.
Subsea cables have recently made headlines.
The volcanic eruption in Tonga cut the fiber optic cable connecting the archipelago to the rest of the world.
Underwater cables are vulnerable to natural disasters and the consequences are felt both locally and globally.
However, it is not only natural disasters but also security risks that may affect the functioning of the subsea cables.
The Arctic Svalbard archipelago experienced a subsea cable disruption in January 2022 that would require repair, but the underlying reasons for the problem are unclear, with some media quickly suggesting cable sabotage as part of military stance.

This article addresses the status of Arctic cables projects that are currently in flux.
Bringing security and geopolitical considerations into the analysis, it traces the evolution of recent subsea cables projects in the Arctic, and focuses on the Arctic Connect, a Trans-Arctic subsea cable project that was jointly developed by Finland and Russia and is currently on hold indefinitely.
Additionally, it will analyze the role of the Russian-led Polar Express subsea cable project from Murmansk to Vladivostok with landing lines to the largest ports and settlements along the Russian Arctic zone and a new project, Far North Fiber Express Route, that will connect Europe with Japan and Asia via the Northwest Passage in the Arctic.
History of Arctic cables development

Since their origination, subsea cables projects in the Arctic have developed along shipping routes in both the North-East and in North-West directions.
Already in 2011 in the North-East direction, Russia initiated the state-owned project ROTACS (Russian Optical Trans-Arctic Submarine Cable System).
In April 2012, the Russian owned Polarnet Project Company signed an agreement with the US-based Tyco Electronic Subcom (TES) for the construction of the ROTACS.
The project was put on hold and later terminated as a consequence of the Russian annexation of Crimea in 2014.
Severe sanctions on Russia, especially on high-tech exports, also contributed to the project termination. Later, the Arctic Connect project was initiated on the North-East corridor to cover connectivity needs in the Arctic.

In the North-West direction, the US-based company Quintillion was the first company to launch a Trans-Arctic project through the North-West passage.
Due to financial challenges this project ended.
The newest Trans-Arctic cable project along the North-West route is the Far North Fiber Express Route project that is analyzed further in the article.
International cooperation and Arctic Connect

The Arctic Connect subsea cable was an initiative led by Finland, starting from 2015, that planned to link Europe and Asia through a subsea fiber optic cable on the seabed along the Northern Sea Route (NSR).
The initiative was led by the Finnish Ministry of Transport and Communications and was carried out by the Finnish state-owned fiber infrastructure operator Cinia Ltd.
In March 2016, Cinia Ltd announced that it would build the Arctic Connect undersea data cable, connecting Europe with Asia.6)The Arctic Connect project mission was partly meant to improve the connectivity in Arctic areas, in line with the objectives of the Arctic Council.
Previously, Cinia had already completed the fast and cyber secure C-Lion1 submarine cable connection between Finland and Germany.
The Arctic Connect cable aimed to meet the current availability of and additional needs for fiber-optic connectivity that was planned from Southern Finland to Kirkenes, Norway to Murmansk, Russia.

Arctic Connect would link Europe with Russia and Asia and provide a better internet connection with lower latency, thanks to the shorter distance.
Additionally, the lower shipping traffic along the NSR as compared to the south shipping corridors was anticipated to make Arctic Connect cable less prone to disruptions caused by human activities.

A preliminary study for Arctic Connect was launched in 2015, followed by a political feasibility study conducted the next year.
In order to operate in the Russian controlled Arctic waters, Cinia needed a Russian partner.
In June 2019, Cinia and one of the largest Russian telecom operators, MegaFon, signed a memorandum of understanding (MoU) on the Arctic Connect subsea cable project.8)

In December 2019, MegaFon agreed to create the split-ownership joint venture Arctic Link Development Oy with Cinia for the construction of the Arctic Connect submarine cable.
The first marine survey work for the project was started in August 2020 and was finished in November 2020.
In 2020, the Arctic Connect project became even more international with new partners from Japan, Norway and Finland.9) At the same time the project was clouded by non-transparent financial and cost structures, the uncertainty of foreign investor engagement, and evolving geopolitical threats.10) Finally, in May 2021, MegaFon announced that the structure and economy of the project was to be reconsidered, and subsequently the project was halted.11) Taking into consideration the current geopolitical context with growing economic isolation of Russia from the West, it appears to be unlikely that the cooperation between Cinia and MegaFon would ever resume.
Moreover, Cinia is now committed to the Arctic Express cable through a MoU.
Russian-led Polar Express cable

A Russian regional subsea system, Polar Express, was announced in April 2021, which featured a 12,650km subsea cable and cost 1 billion USD, running along Russia’s entire Arctic coastline, from Murmansk to Vladivostok.
This subsea cable project is being developed by the Ministry of Transport of the Russian Federation, the Federal Agency for Maritime and River Transport (Rosmorrechflot), and the Federal State Unitary Enterprise (FSUE) Rosmorport.
Polar Express is promoted by the Russian state as a digital component of the development of the Northern Sea Route and to support oil and gas and environmental projects in the Arctic.
The shortest fiber optic link between Europe and Asia is an alternative to satellite communications in northern latitudes, providing widely distributed, affordable communications and fast Internet in the Arctic.
Polar Express will include a series of offshore, auxiliary, and research cables that will be used for different purposes.
The project is expected to be completed by 2026.12)

Starting in August 2021, the project is already underway with more than 400km of subsea cable being deployed.
Interestingly, given the size and complexity of this project the cable system is supplied solely by Russian suppliers and equipment manufacturers.
The first batch of cable was manufactured at the Office of Advanced Technologies plant which was recently opened in Murmansk.
In total, nine vessels will participate in the work of laying the cable: four survey vessels, three support vessels, and two cable-laying ships.

Closely linked to Polar Express are plans to connect it to terrestrial cables in the Russian Arctic region.
In December 2021, the largest digital services provider in Russia, Rostelecom, announced a joint venture, which proposed to build a terrestrial route between Asia and Europe, traversing the Russian Federation.
Rostelecom’s ambitions to build a new terrestrial system have been known in the market for a while, and the potential competition from this project would likely put more stress on the commercial viability of the Arctic Connect project.
But what was likely the most important issue to resolve for Russian authorities was to maintain sovereignty, economic development, and national interests through fully Russian-owned and operated critical infrastructure.
It is unlikely that any geopolitical risks would affect this project because the cable has already been manufactured and has started to be laid, using Russian owned capabilities.
Far North Fiber Express

With the Arctic Connect project being halted, Cinia has been searching for other Arctic subsea cable projects to partner with.
In December 2021, Cinia signed a MoU with Far North Digital/True North Global Networks for developing a Pan-Arctic cable system.
This system, named Far North Fiber Express Route, will run from Japan via the Northwest Passage to Europe.
In Europe, the cable system will branch off and land in Ireland and in Northern Norway.
The cable design will provide express fiber routes via Asia to Europe, as well as serve local settlements in US and Canadian Arctic territories.13) The system is slightly longer than the previously planned Arctic Connect system and will likely measure over 16,000 km end-to-end, from Japan to Norway.
The build cost of this system is estimated at EUR 1.2 billion.
No timeframe has been announced yet.
Geopolitical shifts

For a long time there was very little progress on the development of connectivity in the Arctic with subsea cables.
The plans to connect the Arctic through Nordic-Russian cooperation in the name of Arctic Connect did not materialize.
What remains now is two alternative projects: a Russian-led Polar Express and a revised project Far North Fiber Express, which is led by Cinia and goes westwards.
Geopolitically, moving away from Russian project cooperation in favour of projects led by US/Canadian interests is a big shift for the Nordic countries.

One can only speculate on the reasons for MegaFon halting the Arctic Connect project, but the Polar Express would be taking away most of the commercial rationale for building the Arctic Connect system that shares a similar path through the NSR.
At the same time, Russia has plans to develop a data center industry in its own Arctic regions.
Rostelecom announced its plans to launch the first regional data center in the Arctic zone of the Russian Federation in the summer of 2022.14) In terms of business, Cinia’s goal remains the same as with the Arctic Connect project — to make Finnish and Nordic data centers more attractive for international data center operators and establish a Nordic hub between the Asian and continental Europe.

The aftermath is that there will most likely be at least two large Arctic subsea cables in less than five years.
Apart from Polar Express projects, there are smaller regional projects, such as a 1,900 km submarine cable connecting the Alaskan Arctic towns of Prudhoe Bay and Nome,15) and a 2,400 km subsea cable linking Nunavut, Canada with Nuuk, Greenland.16)

It should be noted that internationally, there is a great need for more legal statutes governing undersea cables and the threats to these systems.17) Apart from addressing geopolitical tensions and threats, when developing subsea cables the needs of the local people and business should be included in the projects from the beginning.
Increased cyber security and sovereignty considerations will bring more attention to the ownership and financing structure of these Arctic subsea cable projects.
The subsea cables are finally reaching the most remote places on earth, with an Antarctic subsea cable project launched in December 202118) and two large-scale Arctic projects on the way.
Subsea cables are becoming part of the critical infrastructure in the Arctic, providing opportunities for connectivity, sovereignty, and conditions for the development of further business and human potential in the region.
Hence, subsea cables in the Arctic create preconditions for the proper functioning of a digital economy.
Links :
geogarage at 1:40 AM