Watch two super-powerful vessels break their way through the Northern Sea Route in mid-winter.
From BarentsObserver by Atle Staalesen
It is the first time that a commercial vessel sails across the Northern Sea Route in February.
The voyage of the Christophe de Margerie from Jiangsu in China to the remote Arctic terminal of Sabetta was made in the Arctic winter dark and through thick sea-ice.
Glimpses of the voyage are now put on display by shipping company Sovcomflot and its partner Rosatom.
As previously reported by the Barents Observer, the 299 meter long LNG carrier operated by Sovcomflot on the 27th January set out from the Chinese port and few days later sailed through the Bering Strait were it soon team up with nuclear icebreaker 50 Let Pobedy. 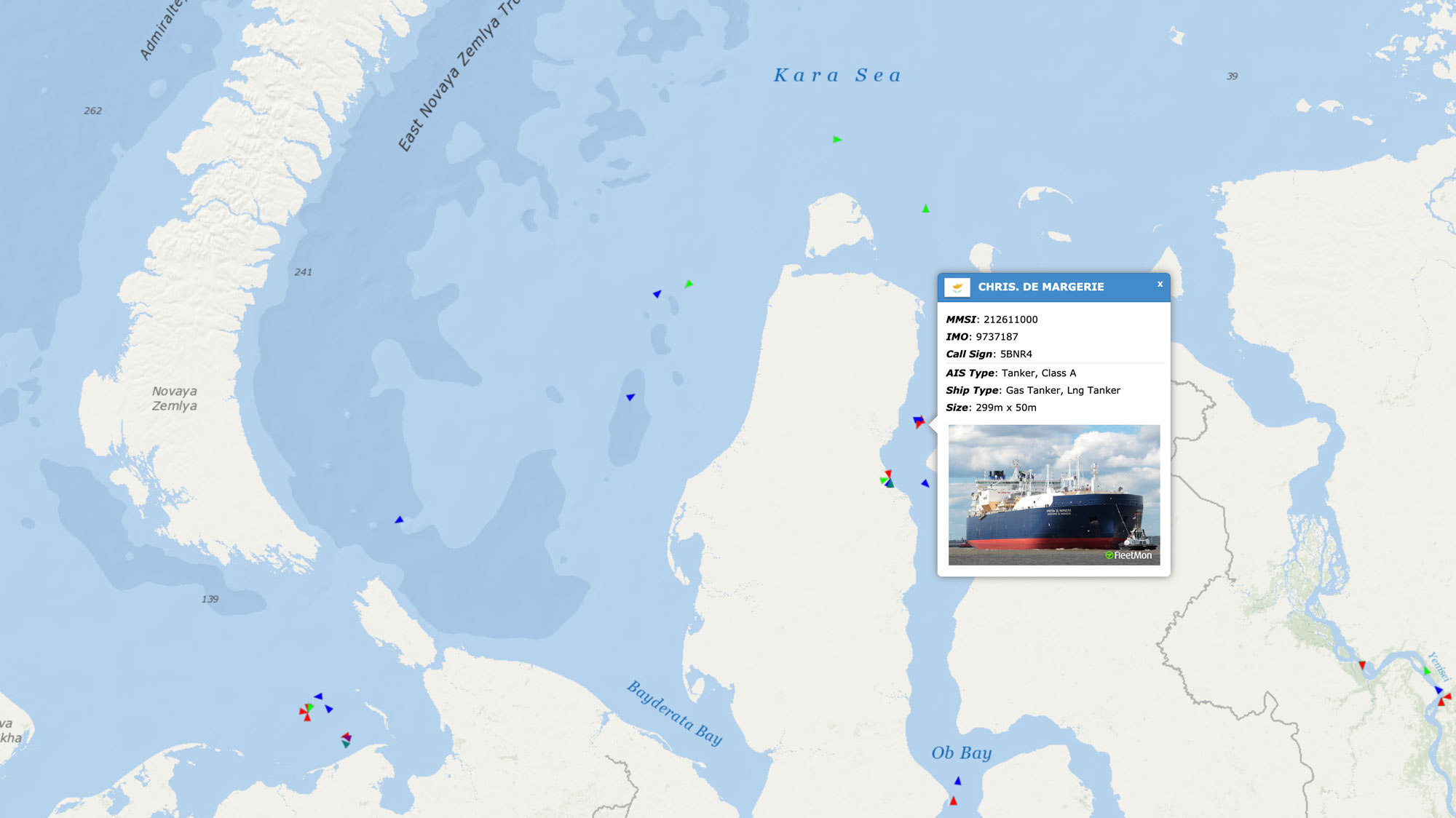 The Christophe de Margerie sails into port of Sabetta on 19th February 2021.
The two ships subsequently sailed together across the vast Arctic route to the Yamal Peninsula.
On the 19th February, the powerful LNG carrier entered the port of Sabetta.
That is two days after the original schedule.
According to shipping company Sovcomflot, the voyage shows that navigation across the eastern sector of the Russian Arctic can be significantly extended.
“The current voyage of Christophe de Margerie significantly expands the navigation window in the in the eastern sector of the Russian Arctic, and confirms that year-round safe navigation is possible along the entire length of the Northern Sea Route,” says company President and CEO Igor Tonkovidov.
The voyage proceeded through thick ice.
The straits between the mainland and archipelagos Severnaya Zemlya and New Siberian Islands are covered by thick fast ice, while the remaining part of the area has one-year old sea-ice that is between 30-200 cm thick.
However, there is no multi-year old ice in the area.
According to Sergey Gen, the captain of the Christophe de Margerie, the ice conditions were the toughest in the Chukchi Sea and the East Siberian Sea, faced by the vessel were ice pressure and ice hummocks in the vessel faced severe ice pressure and ice hummocks.
Through this area, the carrier had to sail astern, Captain Gen said in a comment.
According to Sovcomflot the Christophe de Margerie has sailed astern for about 10 per cent of the time sailed on the Northern Sea Route so far.
Links :
geogarage at 1:49 AM