From The Guardian by Cat Clarke

The British adventurer Sarah Outen has made an introspective and emotionally brave film about her awe-inspiring journey around the world.
She travelled 20,000 miles in four years, powered entirely by her own steam – on bike, foot and rowing boat.
Documentaries about big adventures usually feature a scene or two in which the hero (usually male), with chest-beating bravado, goes mano a mano with nature.
Not here.
In Alaska, Outen giggles when a bear sneaks up on her having a wash.
And it takes real guts to open up as she does about mental health issues in her elegant, self-aware voiceover. 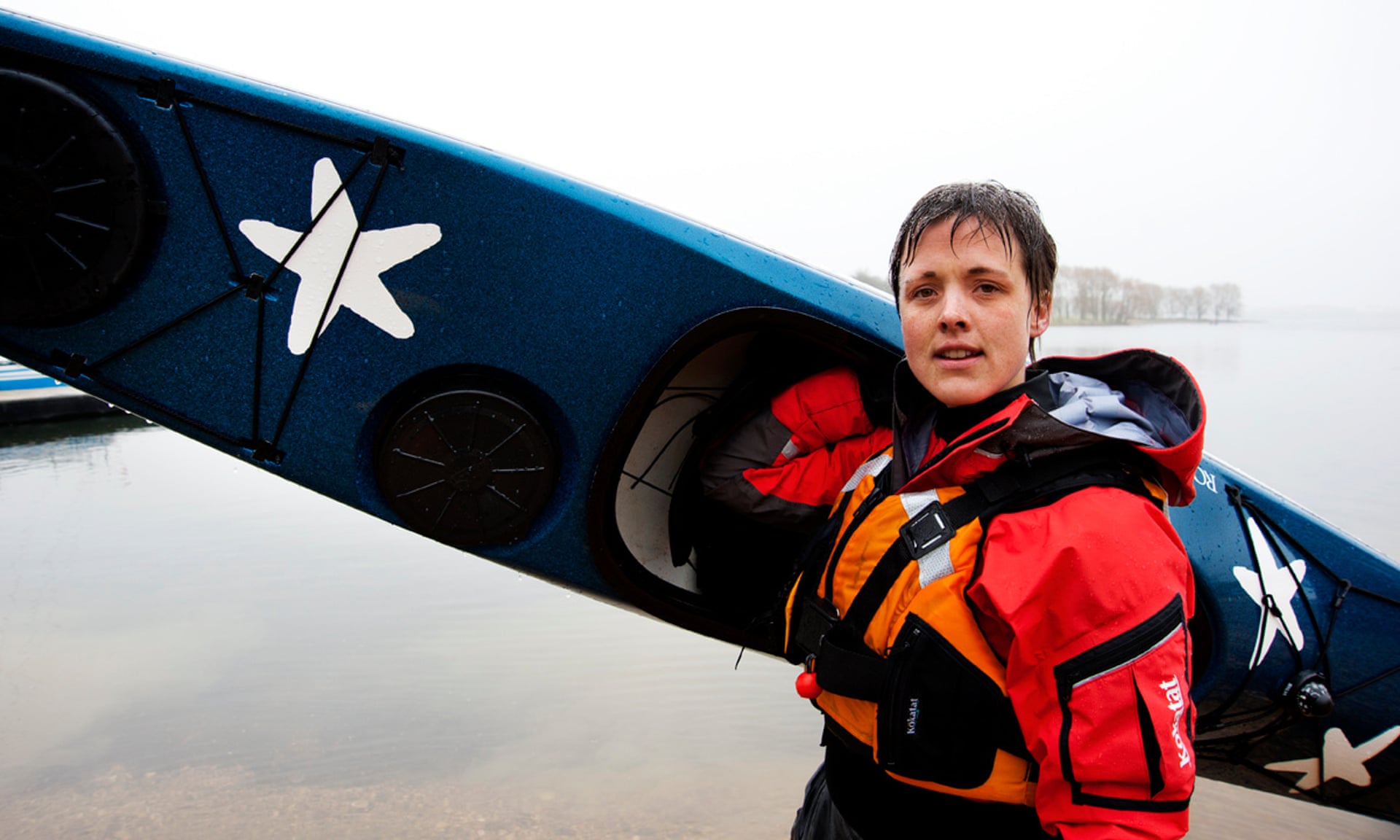 Her adventure begins in 2011 rowing across the Channel to France, and from there it’s five and half months on the bike.
A recent Oxford graduate, Outen describes herself as confident and accomplished, but feeling lost and grieving the death of her father.
In Kazakhstan, she falls for the landscape and the hospitality.
People constantly invite her in for tea and ask: “Where is your husband?”
She points to her bike, Hercules.
Make no mistake, Outen is a tough lady, but her warmth and gentleness are as helpful while travelling so far alone.
In China, she picks up a young lad, Gau, who has recently dropped out of business school – and for 2,000 miles to Beijing the film becomes a buddy comedy.

Her adventure doesn’t go entirely to plan; a tropical storm at sea wrecks her boat and causes lasting emotional and physical harm.
While recovering in the UK, Outen falls in love and asks herself what’s the point of going back to finish.
Her film – co-directed with Jen Randall – shares with Cheryl Strayed’s memoir Wild a sense of the redemptive and healing power of travel.
Outen also has the nerve to probe her motives: what is she running from and why is she always restlessly planning journeys?
And she calls her boat Happy Socks, which is the most pleasing boat name since Boaty McBoatface.
geogarage at 1:49 AM