Computer-generated image of how researchers believe U-3523
sunk off the Danish coast on May 6 1945
Sea War Museum Jutland in Thyborøn has made a new sensational discovery during its continued registration of shipwrecks in the North Sea and Skagerrak.
In April 2018, the museum found the wreck of the German submarine U-3523, which was sunk with waterbombs in Skagerrak by a British B24-Liberator aircraft on May 6, 1945.
Just the day before, the German forces in Denmark, Northwest Germany and Holland had surrendered, so the submarine was not engaged in battle, but was probably on its way to Norway.
The U-3523 was of the new and highly advanced type XXI that could have revolutionized the submarine war if enough boats had been completed in due time.
118 boats were in the process of being build, but only two came into active service, and none was ever engaged in battle.
U-3523 appeared on the survey screen during the museum's scan of the seabed some ten miles north of Skagen, and the discovery was very surprising.
Very unusually, the entire submarine bow is buried in the seabed while the stern is approximately 20 meters above the sea bottom.
The wreck lies at 123 metres of water depth, making it very difficult to access.

From The Independant by Adam Lusher

A submarine linked to rumours that Adolf Hitler survived and escaped to Argentina in a U-boat has been discovered – lying wrecked at the bottom of the North Sea between Denmark and Norway.

Position of the U-3523 U-Boat
(DailyMail image)

Sea War Museum Jutland says it has no plans to raise the sunken U-3523 U-boat,
which is sitting at a depth of 123 metres, located 10 NM North of Skagen (DK) in the Skagerrak strait
not far from the position given by the British Air Force in 1945.
Sunk 6 May 1945 at 1839hrs in the Skagerak northeast of Skagen Horn, Denmark, in position 57.52N, 10.49E, by depth charges from a British B-24 Liberator bomber (RAF Sqdn. 86/G)
visualization of a DGA nautical chart in the GeoGarage platform

Submarine U-3523 had been one of a new generation of type XXI U-boats that were able to run more silently and stay submerged for longer than any of their predecessors, with a range that would have allowed them to sail non-stop from Europe to South America. 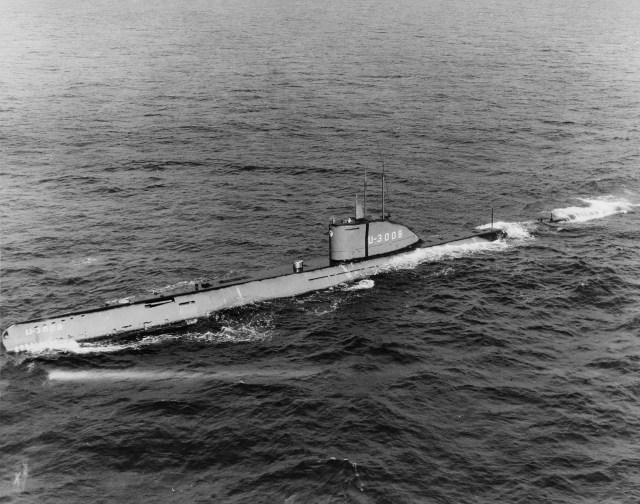 As such it would have been perfect escape vessel for Nazi gold, high-ranking officials or even Hitler himself as the Reich collapsed at the end of the Second World War.

And although the British crew of a B24 Liberator bomber reported sinking the sub on May 6 1945, its wreck was never found, helping support suspicions that the U-boat, and whoever it was carrying, might have got away to Argentina.
Now, however, researchers from the Sea War Museum Jutland, Denmark, say they have discovered the wreck of U-3523 in the Skagerrak strait, ten nautical miles north of the north Danish town of Skagen.

The discovery seems to prove that U-3523 never took Hitler, any Nazis or any treasure to Argentina.
The real reason it lay undiscovered for 73 years, the researchers say, is because the Liberator bomber crew made a mistake in reporting its position, placing the wreck nine nautical miles east of where it had actually sunk.
But, intriguingly, the researchers also say that U-3523 probably had been “on the run” when the Liberator cut short its escape, and they still don’t know for certain who was on board when the submarine sank.

A statement issued by the Sea War Museum said: “The day before [U-3523 was sunk] German forces in Denmark, Northwest Germany and the Netherlands had surrendered, and the U-boat was not on a war patrol, but probably on the run.
“After the war, there were many rumours about top Nazis who fled in U-boats and brought Nazi gold to safety, and the U-3523 fed the rumours.
“The Type XXI was the first genuine submarine that could sail submerged for a prolonged time, and the U-3523 had a range that would have allowed it to sail non-stop all the way to South America.
“But nobody knows if this was the U-boat’s destination, and nobody knows if the U-boat had valuables or passengers aboard in addition to the 58 crew, all of whom perished at 123 meters depth.”

The final telegram sent by the submarine, on 5 May 1945, made no mention of Nazi treasure or officials, so there probably needs to be considerable scepticism about whether skipper Willi Müller and his crew were carrying Nazi passengers instead of just trying to escape themselves.

And as for Adolf Hitler, the U-boat appears to have left port five days after 1 May 1945, when German radio announced the Fuhrer’s death.

But the fact is that some Nazis including Adolf Eichmann and Dr Josef Mengele, the “angel of Death” of Auschwitz, did make it to Argentina, Eichmann to be captured by the Israelis in 1960, Mengele to live out his days in freedom until drowning while swimming off Brazil in 1979.
And although men like Eichmann and Mengele got away on conventional passenger ships, two German submarines are known to have turned up in Argentina some months after the war in Europe ended on May 8 1945.

U-530 surrendered to the Argentine navy at Mar del Plata on July 10 1945.
Its captain Otto Wermuth insisted he hadn’t carried any passengers, but his Argentine navy interrogators noted that he admitted destroying the submarine’s log book and secret documents, while consistently refusing to give details about the specific routes taken.

Later news articles suggested that an Argentine reporter claimed to have seen a provincial police report which supposedly documented a strange submarine landing a high-ranking officer and civilian. It was even suggested that the pair might have been Hitler and his lover Eva Braun in disguise.

And about a month later, on August 17 1945, another submarine, U-977, turned up in Mar del Plata.
The submarine crew told interrogators that after realising the war was over in May, they had headed for Argentina, hoping to avoid falling into the hands of the Russians and maybe even to settle in South America without being sent to a POW camp.

They had also been influenced by Nazi propaganda claims that after the war all German men would be enslaved and forcibly sterilised by the victorious Allies.

What the submarine had been doing between early May and arriving in Argentina in August was explained by factors like taking evasive action after spotting or being spotted by planes and ships, and by a stop off at the Cape Verde Islands, where the men swam and sang songs.
Skipper Heinz Schäffer, like Wermuth, insisted he was carrying only crewmen and no passengers.
But the mere presence in Argentina of U-977 and U-530 has helped fuel curiosity about ‘missing’ submarines like U-3523, and the linked rumours that Hitler lived to a ripe old age in South America.

The overwhelming historical consensus is that the Nazi leader killed himself in his Berlin bunker on April 30 1945.
But the rumours of his continuing survival started almost as soon as German radio announced that “our Fuhrer Adolf Hitler, fighting to the last breath against Bolshevism, fell for Germany this afternoon in his operational headquarters in the Reich Chancellery.”
In the intervening 73 years, Hitler has been reported living in the foothills of the Andes after escaping via submarine to Argentina, being photographed aged 95 with a younger Brazilian girlfriend in 1984, and being idolised by die-hard Nazis in Colombia in the 1950s.

Declassified FBI files show that the post-war American authorities even went to the trouble of investigating some of these rumours.
No FBI file records anything close to confirmation of the rumours, but the fact that they were investigated at all seems to have been taken by some conspiracy theorists as proof that there was truth in them.
As recently as last year, there were reports about a 1955 memo from the head of the CIA base in Maracaibo, Venezuela, who said that in 1954 steamship company worker Phillip Citroen told agents that while working for a railroad firm in Colombia he had met a man who insisted he was Adolf Hitler.

The man, who was said to bear a striking resemblance to the Fuhrer, was alleged to be living in Tunja, in the Colombian Andes.
The city, Mr Citroen assured the CIA, was “overly populated with former German Nazis.”
“According to Citroen,” the 1955 CIA memo continued, “the Germans in Tunja follow this alleged Adolf Hitler with an ‘idolatory of the Nazi past, addressing him as ‘der Fuhrer’ and affording him the Nazi salute and storm-trooper adulation.'”
The memo added that in 1954 Mr Citroen, who co-owned a local English language Maracaibo newspaper, had also shown the CIA a photo of him sitting beside the Tunja ‘Adolf Hitler’.
Perhaps tellingly, though, the 1955 memo also noted the “apparent fantasy” of Mr Citroen’s claims.
The CIA view was echoed by credible historians when the memo resurfaced in 2017.

Asked to comment on the memo, Uki Goni, the respected author of The Real Odessa about Nazis who really did escape to Argentina, told the Miami Herald: “Hitler committed suicide in his bunker. All the rest is fake news.”