A Google Earth animation of the artificial island being built on Fiery Cross Reef.
courtesy of Timothy Whitehead, GEblog

China is speeding up efforts to design and build a manned deep-sea platform to help it hunt for minerals in the South China Sea, one that may also serve a military purpose in the disputed waters. 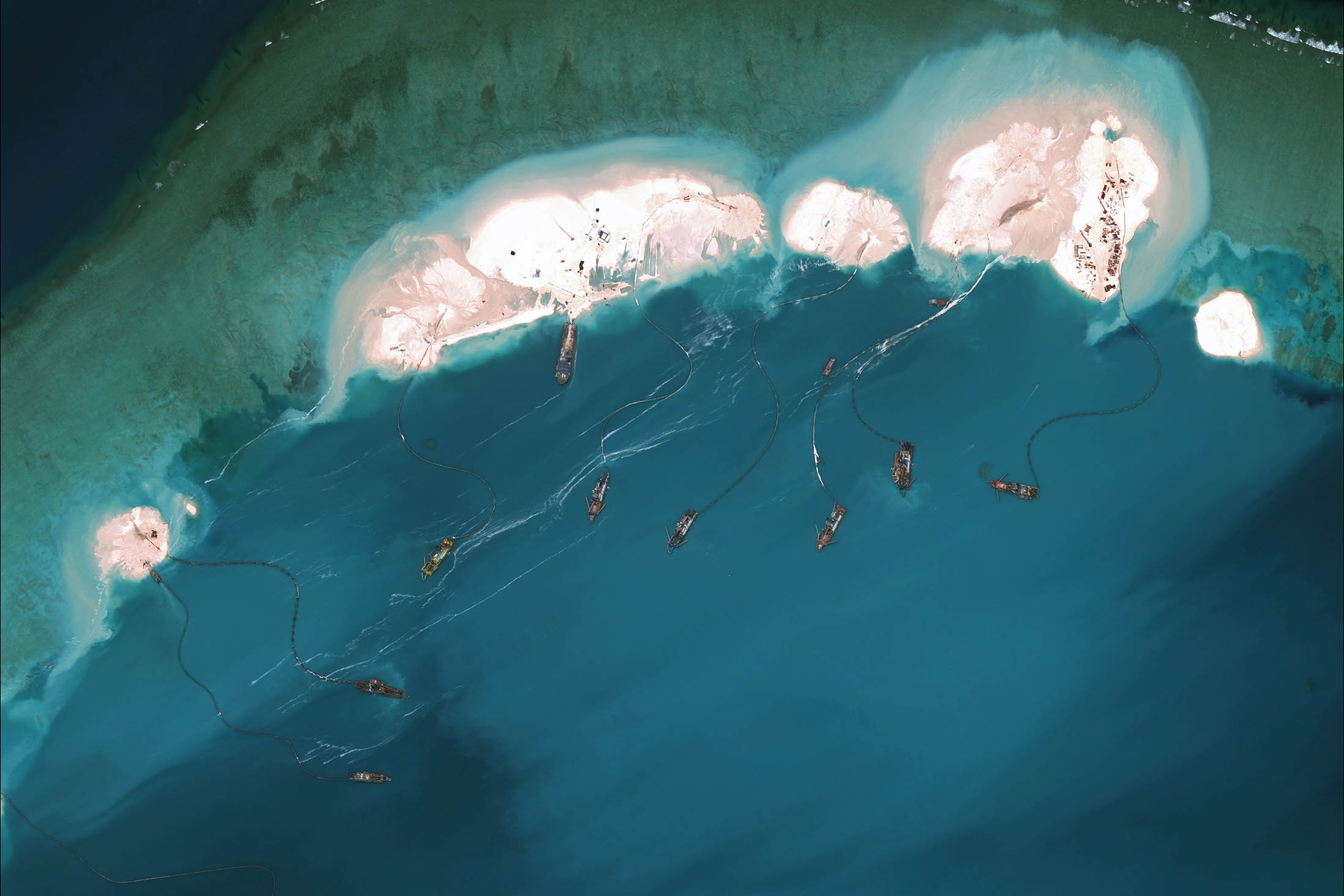 Such an oceanic “space station” would be located as much as 3,000 meters (9,800 feet) below the surface, according to a recent Science Ministry presentation viewed by Bloomberg.
The project was mentioned in China’s current five-year economic plan released in March and ranked number two on a list of the top 100 science and technology priorities. 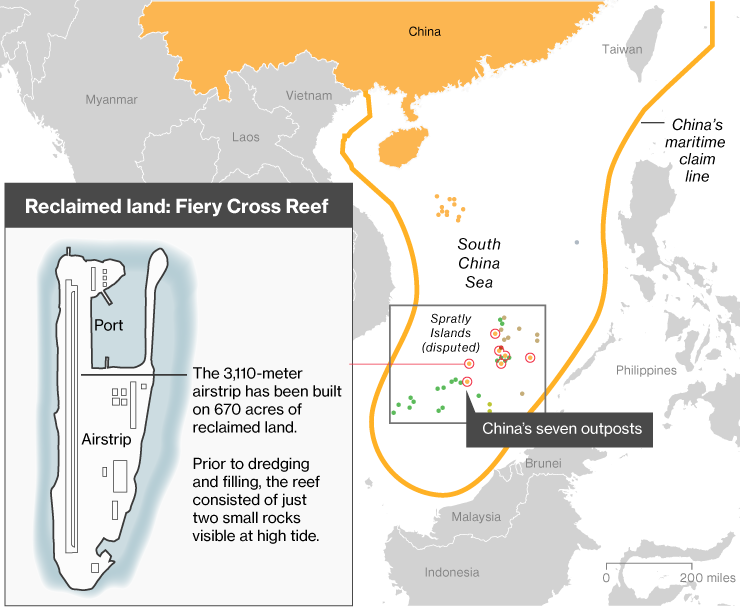 China considers more than 80% of the South China Sea its sovereign territory.
Its construction of seven artificial islands in the Sea has raised tensions in a region with overlapping territorial and economic interests.

Authorities recently examined the implementation of the project and decided to accelerate the process, according to the presentation.
"Having this kind of long-term inhabited station has not been attempted this deep, but it is certainly possible," said Bryan Clark, a senior fellow at the Washington-based Center for Strategic and Budgetary Assessments.
"Manned submersibles have gone to those depths for almost 50 years. The challenge is operating it for months at a time."

So far there are few public details, including a specific time line, any blueprints or a cost estimate -- or where in the waterway it might be located.
Still, China under President Xi Jinping has asserted itself more strenuously in the South China Sea, one of the world’s busiest shipping routes.
Its claims to more than 80 percent of the waters and the creation of artificial islands covering 3,200 acres have inflamed tensions with nations including Vietnam and the Philippines. 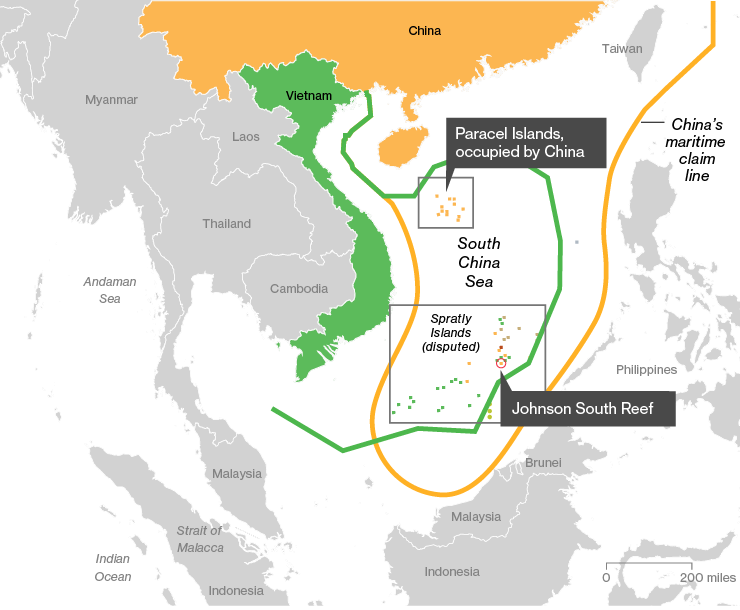 Vietnam disputes China’s claim to the Paracel Islands, which China has occupied since 1974. Sixty-four Vietnamese sailors died in a 1988 naval clash between Vietnam and China near Johnson South Reef.

It has also led the U.S. to send ships from its Seventh Fleet to ensure freedom of passage through an area that carries $5.3 trillion of global trade a year.
"The deep sea contains treasures that remain undiscovered and undeveloped, and in order to obtain these treasures we have to control key technologies in getting into the deep sea, discovering the deep sea, and developing the deep sea," Xi said last month at a national science conference.

While China’s appetite for natural resources remains the driving force behind the project, the recent ministry presentation noted the platform would be movable, and used for military purposes.
China has proposed a network of sensors called the "Underwater Great Wall Project” to help detect U.S. and Russian submarines, say analysts at IHS Jane’s. 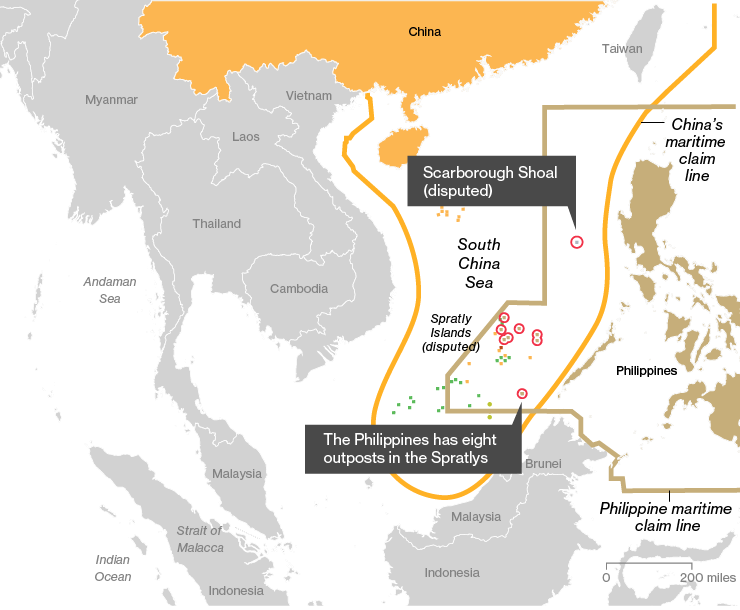 Tensions between the Philippines and China escalated in 2012 after the Philippine navy detained eight Chinese fishing vessels near the Scarborough Shoal.
China has since taken possession of the Shoal.

"To develop the ocean is an important strategy for the Chinese government, but the deep sea space station is not designed against any country or region," said Xu Liping, a senior researcher for Southeast Asian affairs at the Chinese Academy of Social Sciences, a government-run institute.
"China’s project will be mainly for civil use, but we can’t rule out it will carry some military functions,” Xu said.
“Many countries in the world have been researching these kind of deep water projects and China is just one of those nations."

When analysts look at the South China Sea, they tend to focus on the potential for oil and gas reserves as estimates for mineral deposits are sketchy.
The U.S. Energy Information Administration says the area has proved and probable reserves of about 11 billion barrels of oil and 190 trillion cubic feet of natural gas. 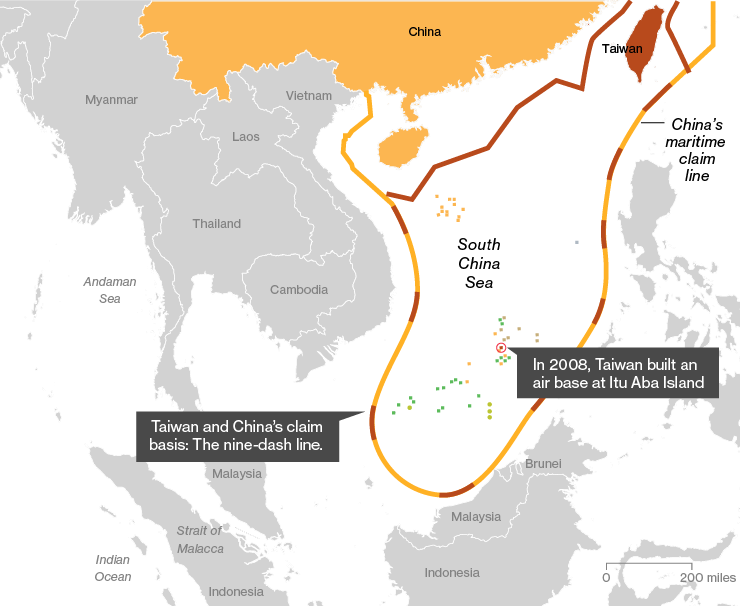 Taiwan and China's overlapping claim to the South China Sea is based on an imprecise "nine-dash line" drawn on a map sometime in the 1940s, before China split in 1949.
Taiwan operates one outpost in the Spratlys.

While most of the undiscovered oil lies in coastal regions that aren’t disputed, the contested areas face geological and technological challenges, not least the depth of the waters and frequency of typhoons.

Spearheading the planning for the deep-sea station is the China Shipbuilding Industry Corporation, according to a statement on the website of the science ministry.
Once operational, it would host dozens of crew members who could remain underwater for up to a month, the ministry’s presentation separately said.

China Shipbuilding Industry Corporation and the ministry did not reply to faxes seeking comment. 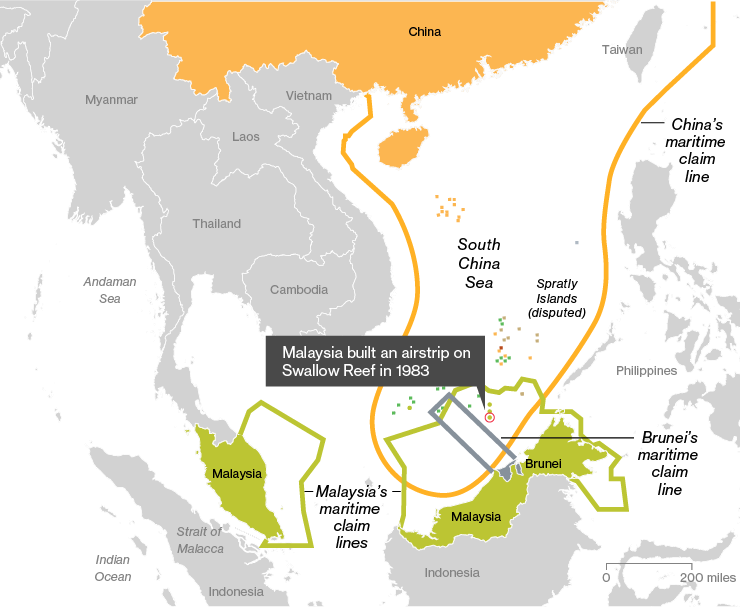 Brunei and Malaysia also claim maritime boundaries in the Sea. Malaysia operates several military outposts in the Spratlys.
Brunei has claims to several reefs, but occupies no territory.

Planning has been under way for a decade and is central to China’s push to become a global technology superpower by 2030, according to the presentation.
Completing it would help China close a deep sea exploration gap with the U.S., Japan, France and Russia on underwater technology.
China has already logged successes, with its Jiaolong submersible setting a world record by descending 7 kilometers in 2012.

The ministry presentation didn’t give any estimated price tag but Bryan Clark, who formerly served as special assistant to the chief of U.S. naval operations, said the cost could be daunting and its vulnerability to detection would make it less attractive militarily than using a submarine or an unmanned vehicle.

China spent 1.42 trillion yuan ($216 billion) on state and privately-funded research and development in 2015, according to the National Statistics Bureau, while total defense spending this year is projected by the government to increase 7.6 percent to 954.4 billion yuan ($145 billion).

"The kinds of systems that make sense for deep sea are sensor and communication systems," said Clark.
"In the Cold War, the U.S. and USSR spent much effort looking for each others’ communication cables and sensors to disrupt them in peacetime or attack them in war. We can assume those efforts would continue today and into the future." 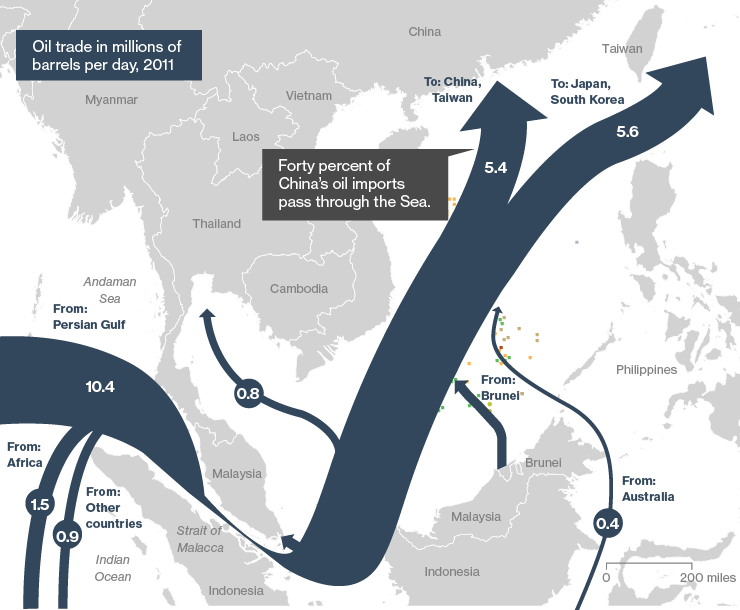 The South China Sea is a vital thoroughfare for the global economy.
Home to 10% of the world’s commercial ocean fish stock, the sea lies above an estimated 11 billion barrels in oil reserve