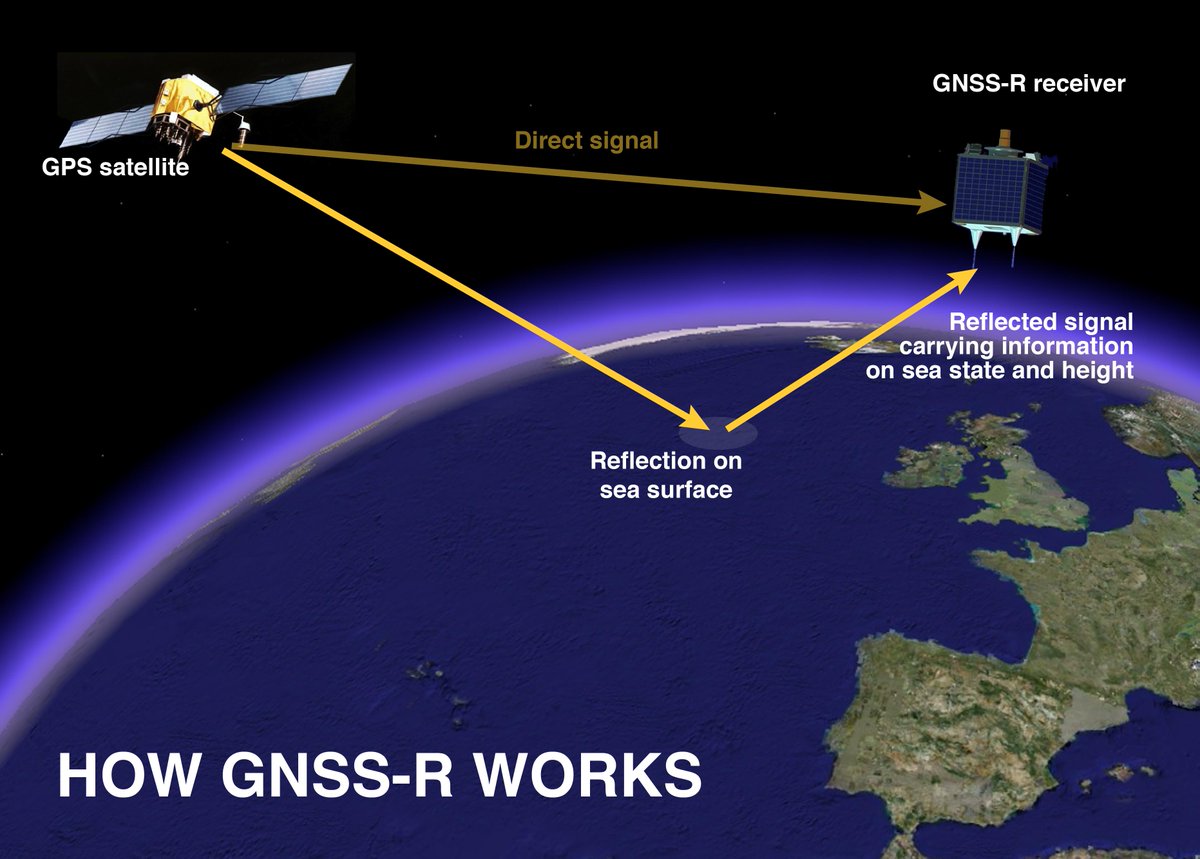 NOC’s long involvement with research in GNSS-R has been led by Christine Gommenginger, the head of Satellite Oceanography at the NOC.
Results published by NOC scientists in 2015 have already demonstrated the capabilities of spaceborne GNSS-R for ocean surface wind speed retrieval.
This research is party supported by Natural Environmental Research Council (NERC) National Capability funding, and forms part of the NOC’s ongoing use of satellite data to investigate the ocean on a global scale.
geogarage at 1:28 AM