Lunar tides in Loch Ness, Scotland :
. first tide measurements in a European lake due to ocean tide loading
. resolution of reported interpretations of reasons for certain lake tides
. demonstration of the accuracy of lake tide measurements compared to GPS
From BBC

Scientists have measured the way Loch Ness tilts back and forth as the whole of Scotland bends with the passing of the tides.

It is a tiny signal seen in the way the waters at the ends of the 35km-long lake rise and fall.
When combined with the direct tug from the gravity of the Moon and Sun, the loch surface goes up and down by just 1.5mm.

The study is reported in the Journal of Geophysical Research.

"If you were on a boat in the middle of the loch, you certainly wouldn't notice it," said Philip Woodworth from the UK National Oceanography Centre (NOC), Liverpool, "but a tide like this has never been observed in a western European lake before."

Prof Woodworth, David Pugh and Machiel Bos say their precision measurement technique could be used in other lakes around the world to understand better how the Earth's crust deforms as a result of ocean movements - rather like a carpenter will use a spirit level to gauge how a length of wood deviates from the horizontal.
"I have described Loch Ness as the largest spirit level in the world," David Pugh, who is a visiting professor at NOC, told BBC News.

Urquhart Castle
None of us can feel it, but Britain rises and falls by centimetres every 12 hours and 25 minutes as a great bulge of ocean water washes around the country.
The pencil-shaped Loch Ness is the largest UK lake by volume, and although inland, is close enough to the North Sea to be influenced by this loading effect. 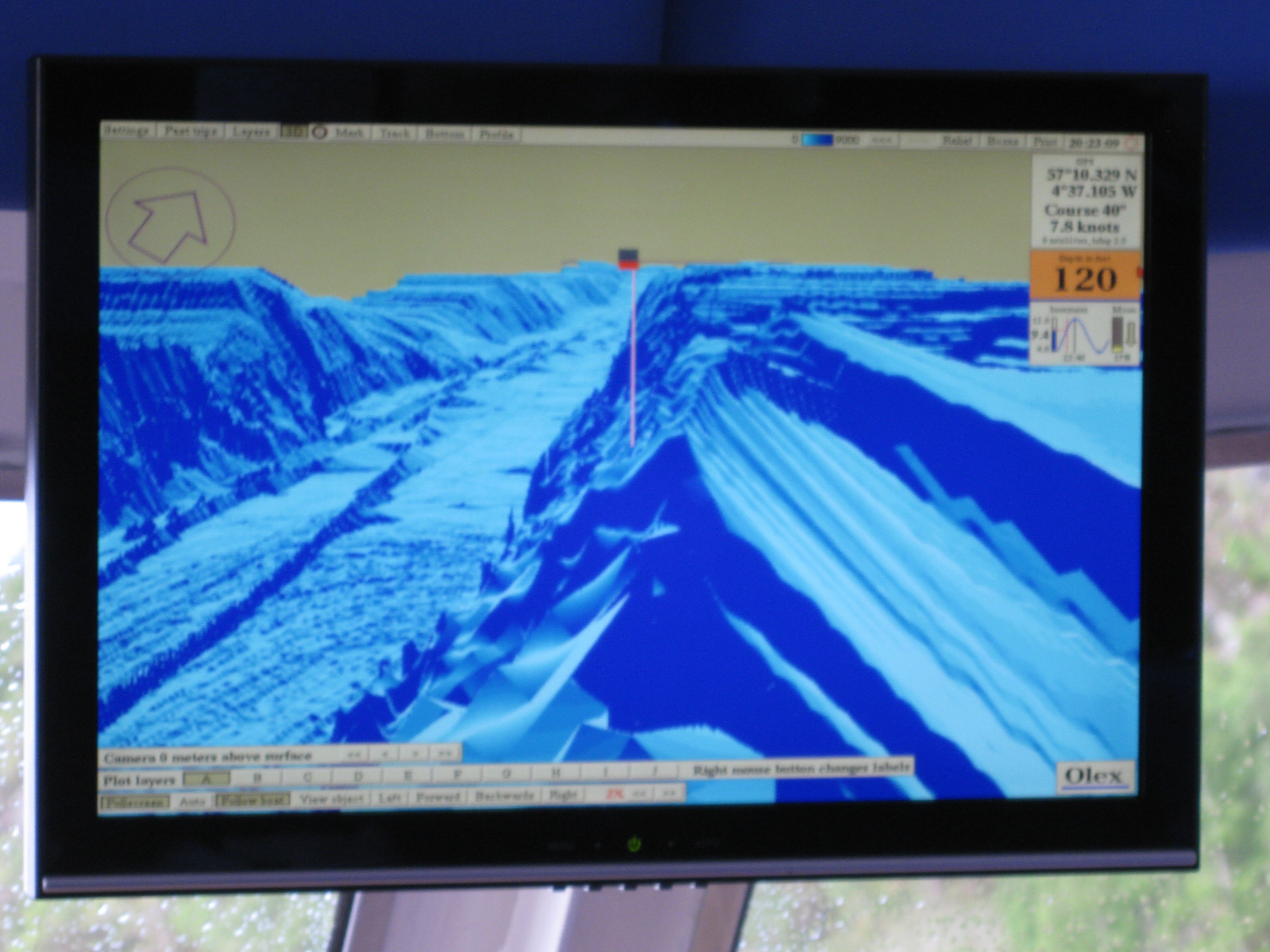 3D bathymetric view of the Loch Ness with Olex seafloor mapping software (other picture)
with tidal correction activated ...
>>> position with the Marine GeoGarage <<<
The team placed their sensors a few metres under the lake surface at six locations, from Fort Augustus in the far southwest to Aldourie in the far northeast.
They then monitored the change in the height of the overlying water during the course of 201 days.
What the scientists saw was a clear spike in the data twice a day - the result of the gravitational pull of the Moon and Sun.
But they could also tease out a second signal stemming from the way water rises and falls as a result of the tilting of the land.
And, in fact, the latter effect sits on top of the first and is responsible for most of the amplitude change.
The team says the measurement was made to an accuracy of just 0.1 mm over the loch's 35 km length.
"We had to extract the tidal signal and get rid of all the noise. This involved very high precision," explained David Pugh.
"For example, the loch itself goes up and down every day by four centimetres just due to the pump storage scheme for hydroelectric generation, and we have to pull out a very small signal within that.
"The holy grail would be to learn from the effects of the tides something about the Earth's crust. So the more precise we can get, the more we may learn about the crust."