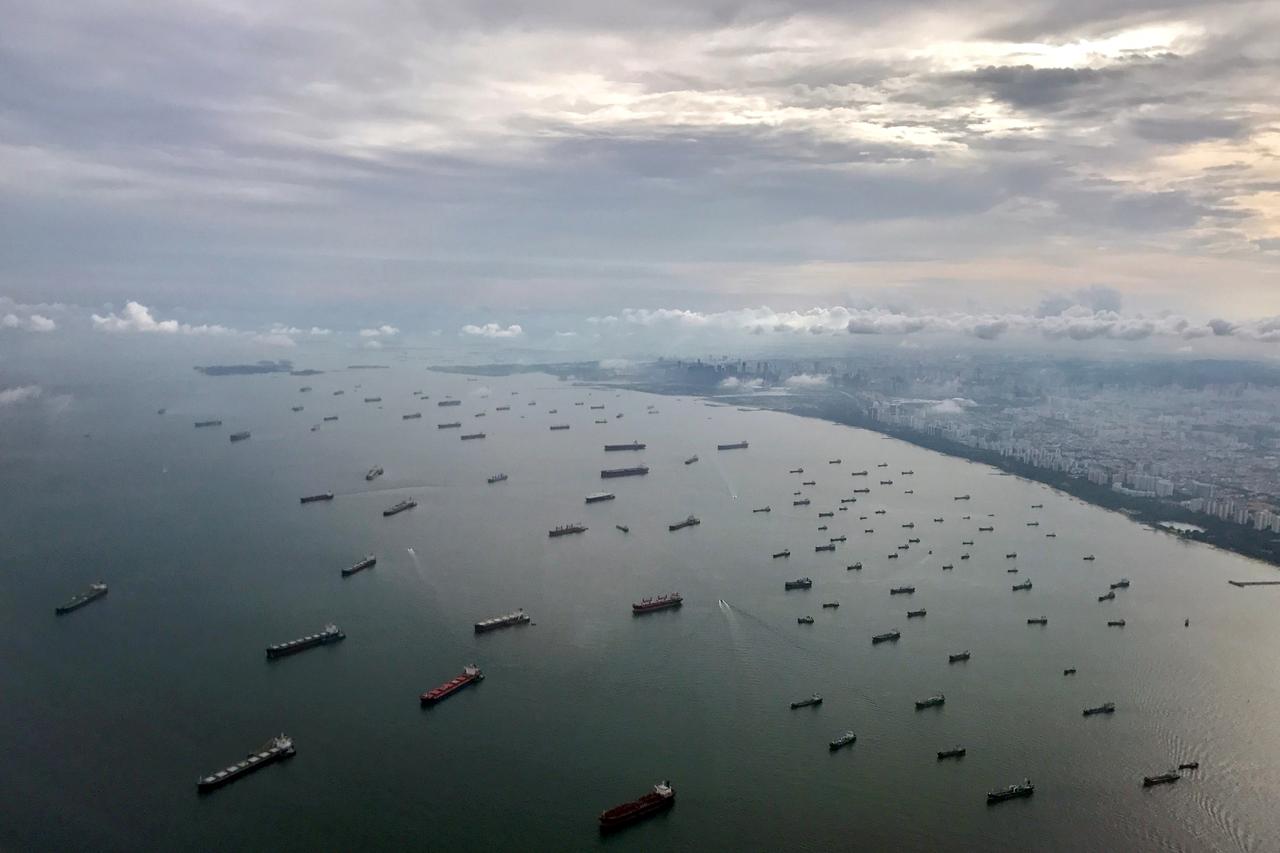 A bird's-eye view of ships along the coast in Singapore July 9, 2017.
Reuters/Jorge Silva

To reduce emissions of toxic sulphur that cause premature deaths, shipowners who have long relied on the dirtiest residues of oil extraction will have to either switch to low-sulphur fuel or install exhaust gas cleaning systems from Jan. 1.

Neither option has been fully tested for long, and some problems have already been reported, both with the more expensive new fuels and with devices known as scrubbers which extract the sulphur on board.

Interviews with key players in the industry show varying levels of alarm at potential risks, which they say range from unexpected fires or collisions due to engine failure to liability for inadvertently flouting the rules.

The container shipping industry alone is having to invest $10 billion to adhere to the new rules, analysts say, and is concerned about extra costs were things to go wrong.

If different types of the new, cleaner fuel are mixed, for example, they may produce a residue which could eventually clog up an engine and, in a worst-case scenario, damage or break it.

Several large ship owners said handling the new fuels correctly and making sure the scrubbers were properly deployed would minimize danger, but that if care was not taken, problems could arise.

“The big guys are going to be serviced by the right people … there is bigger risk for the smaller ships,” Hugo De Stoop, chief executive of leading Belgian tanker operator Euronav (EUAV.BR), told Reuters.

Euronav has bought the equivalent of almost six months’ supply of compliant fuel and is storing it in a megatanker off Malaysia.
If a ship is too far away and has to buy fuel, it will try to buy a single type, or, if only a blend is available, ask to see the seller’s lab tests.

“We don’t always believe that people have done the test, been diligent about it,” he said.

Khalid Hashim, managing director of one of Thailand’s largest dry cargo ship owners, Precious Shipping (PSL.BK), said it had not allowed co-mingling of marine fuel, also known as bunker fuel, for over five years and required all of it to be sample tested.
“Of course this costs us annually around $100,000, but we prefer that cost than to use untested bunker oil based solely on the Bunker Delivery Receipt and find that we have a massive problem on our ship,” he said.
The company had taken measures to reduce its ships’ fuel consumption to offset some of the extra costs and had installed extra compartments for the tanks on board to avoid mixing, he said. 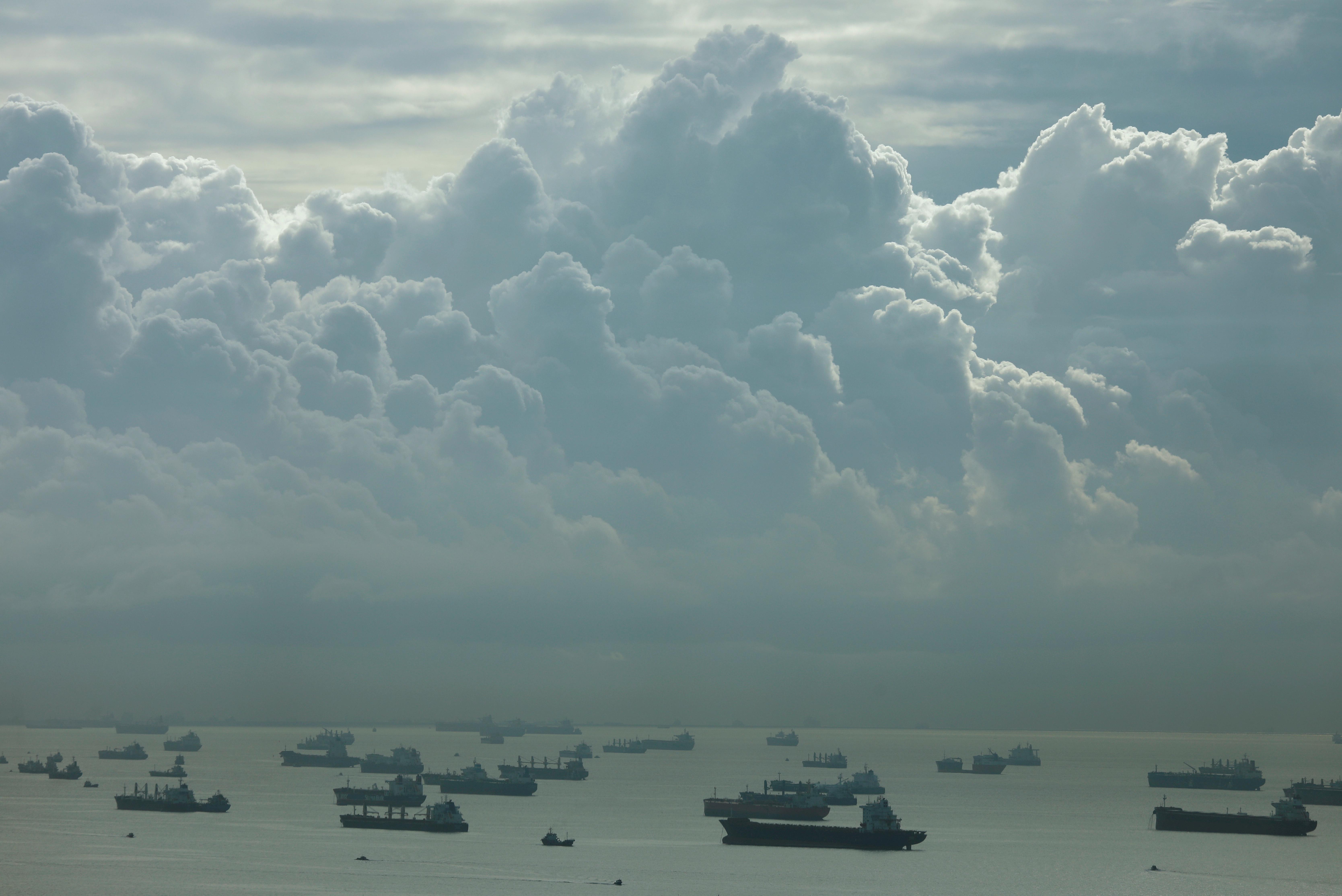 “That way we would have future-proofed our ships for the IMO 2020 regime,” Hashim said, referring the U.N.
International Maritime Organization’s rules, agreed by more than 90 countries in hopes of saving more than half a million lives by 2025 alone.

Around 172 ships have avoided the problem because they are powered by sulphur-free liquefied natural gas (LNG), data from Norwegian risk management and certification company DNV GL showed, but this in an expensive option.

Some ship owners have balked at paying for the new 0.5% sulphur fuel, which is quoted at more than twice the price of the 3.5% high-sulphur grade in northern Europe at the moment.

More than 3,000 ships - around 5% of the global fleet - will have scrubbers fitted by 2020 so they can clean the exhaust gas and so continue using existing fuel, the DNV GL data showed.

Some ports have banned one type of scrubber, the open-loop version which empties washwater residues into the sea, and insurers have reported cases of fires or corrosion with the devices.

Norwegian ship insurer Gard cited a few cases where sparks from welding or cutting fell into a scrubber through uncovered openings: in one case it spread to the engine room through glass reinforced epoxy piping.

If corrosion was legally deemed to be inevitable, underwriters might try to deny related claims, said Stephen Harris, senior vice president with insurance broker Marsh.
“Whether underwriters adopt this line or not could depend on how frequent and how big the problem becomes next year.”

Roger Strevens, VP of global sustainability with Norwegian shipping company Wallenius Wilhelmsen (WALWIL.OL), said its experience with scrubbers had shown risks could be minimized if done properly.
“If you buy cheap, you’ll pay twice,” he said.

Nautilus International, a union which represents over 20,000 workers in shipping, said the use of new fuel types would place extra strain on crews, who have reported incidents including power loss when changing fuels, filter problems and leaks.
“These are complex requirements,” Nautilus professional and technical officer David Appleton said, calling for comprehensive training and protection in cases of inadvertent infringements.

An underlying problem is that oil refineries are not obliged to produce tailor-made shipping fuel, said Neil Roberts, head of marine underwriting at Lloyd’s Market Association, which represents the interests of all underwriting businesses in London’s Lloyd’s insurance market.
“The ship’s crew has to test it and filter it,” he said. 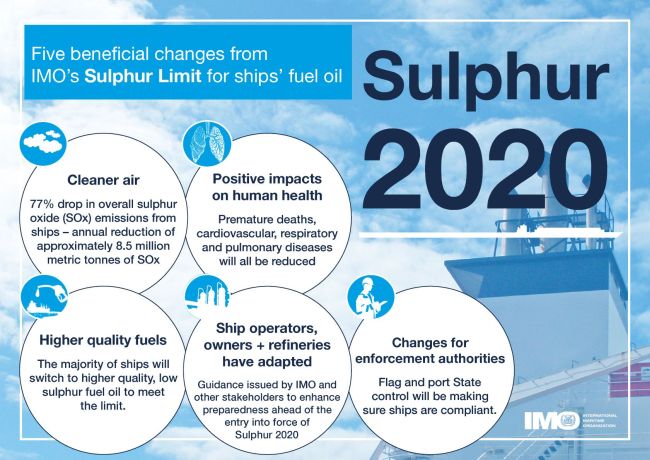 The IMO said it does not have a remit to regulate the fuel industry but that international standards for the new fuel and information about compatibility between types had been issued as part of comprehensive preparations.
“IMO is ready, and we are confident IMO member states and the shipping sector are ready for January 1,” an IMO spokesperson said.

Protection and Indemnity (P&I) clubs, through which groups of shipping companies cover injury and pollution claims, are in wait-and-see mode.

Harris from Marsh, a broker active in marine insurance including hull and machinery, said assessing cover was still guesswork: for instance, who should pay a fine for a ship using high-sulphur fuel because no alternative was available?
“Is it non-compliance?” he said.
“The question marks are bigger than the answers.”