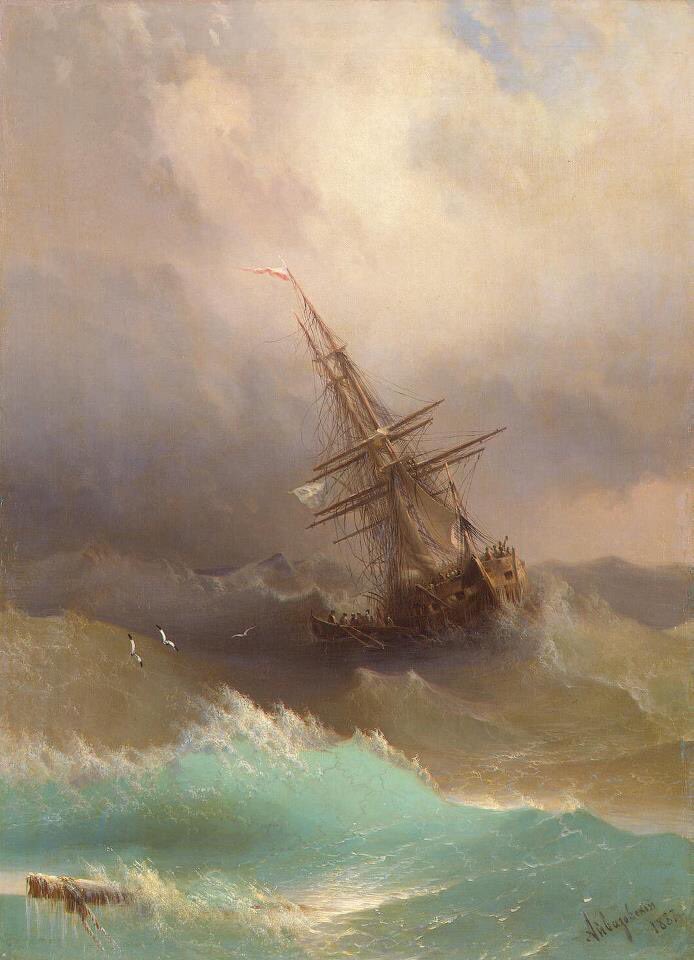 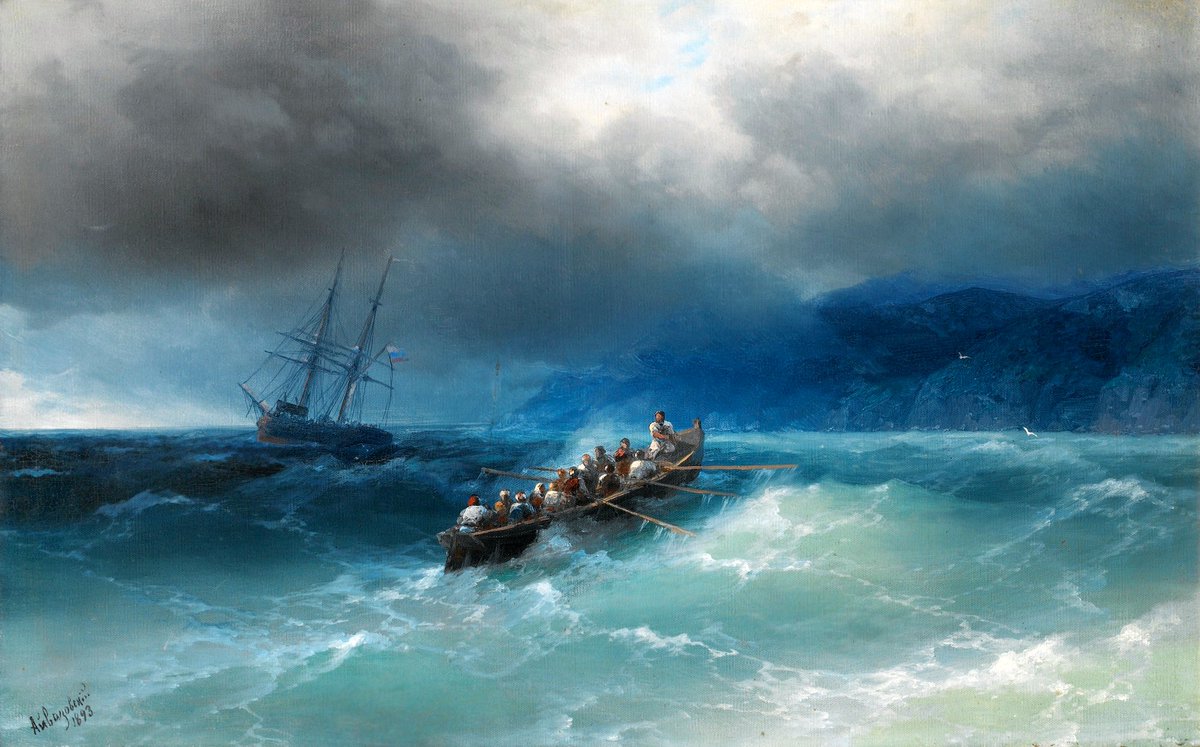 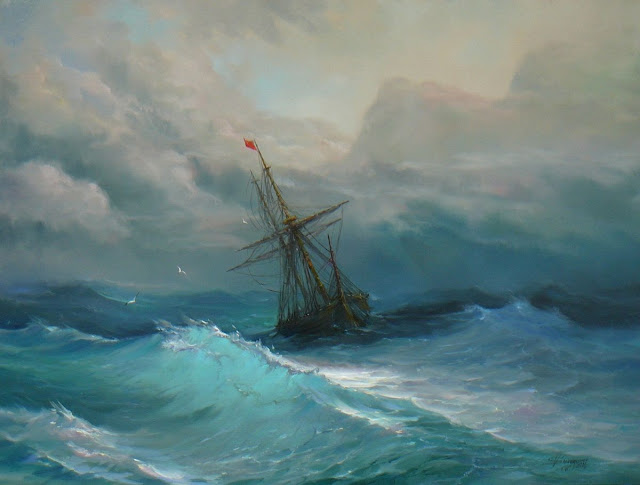 Throughout his lifetime, Ivan Constantinovich Aivazovsky contributed over 6,000 paintings to the art world, ranging from his early landscapes of the Crimean countryside to the seascapes and coastal scenes for which he is most famous.
Aivazovsky was especially effective at developing the play of light in his paintings, sometimes applying layers of color to create a transparent quality, a technique for which they are highly admired. Although he produced many portraits and landscapes, over half of all of Aivazovsky’s paintings are realistic depictions of coastal scenes and seascapes.
He is most remembered for his beautifully melodramatic renditions of the seascapes of which he painted the most.
Many of his later works depict the painful heartbreak of soldiers at battle or lost at sea, with a soft celestial body taunting of hope from behind the clouds.
His artistic technique centers on his ability to render the realistic shimmer of the water against the light of the subject in the painting, be it the full moon, the sunrise, or battleships in flames.
Many of his paintings also illustrate his adeptness at filling the sky with light, be it the diffuse light of a full moon through fog, or the orange glow of the sun gleaming through the clouds. In addition to being the most prolific of Russian Armenian painters, Aivazovsky founded an art school and gallery to engage and educate other artists of the day.
He also and built a historical museum in his hometown on Feodosia, Crimea, in addition to beginning the first archaeological expeditions of the same region.
Posted by geogarage at 1:06 AM