Either on TV or in real life, we have all seen a beautiful scene of the ocean where the waves roll smoothly from sea to shore.
There are often even surfers trying to catch these large waves to experience the ocean’s power.
However, have you ever considered where these waves come from or what distances they travel to reach the shore?

The majority of large waves on the ocean surface are generated by big storms.
Storms function as a wave generator, producing waves that travel outwards from its center and across the surface of the sea.
These waves consist of a mix of swell and white caps with different sized surf radiating away from the area under the storm.
These waves are able to push beyond the boundaries of a storm due to the wave propagation speed being faster than the storm motion itself.
Wavelength is the distance between waves, and typically, waves in larger sizes travel faster due to their longer wavelengths.
As different sized waves travel away from the storm area, they’ll disperse at different speeds.

Ocean and wave conditions differ dramatically across both distances and days.
However, waves with equal wavelengths can be nearly evenly spaced across distances.
These waves are commonly known as swells.
As these swells consist of similar wavelength waves, they travel at the same speeds, punctuated across the surface of the ocean.
Longer and faster waves on the other hand, push ahead of their smaller counter parts, leaving shorter, slower waves radiating from the center of a storm behind the rest.

The Science Behind the Swells

To understand why different waves move at different speeds we need to know that wave speed is both a function of wavelength and wave period, and is related to the wind velocity where the waves form.
Wave period is dictated by the period of time that passes between waves and is directly related to the speed the wave is travels at.
Wave speed is determined by dividing the wavelength (L) by the wave period (T). Comparison of wavelength to wave speed and wave period
(http://miracosta.edu/oceans/index.html)

If the wave period is longer, the wave is faster and more powerful.
Additionally, the greater the period, typically the higher the wave breaks as it gets to the shore.
This is contributed to the fact that a longer period swell impacts water much deeper in the ocean than short period swells.

The main factors that affect wave characteristics are wind speed, storm duration, and fetch.
Fetch is the distance wind blows over the open water.
In layman terms, if we have large fetch, long duration and strong winds, there will be large, long period waves.

Furthermore, the waves that have dispersed from their generation area are separated according to their speeds and wavelengths (called swell waves).
Swell direction is the direction from which the swell is coming and is measured in degrees. 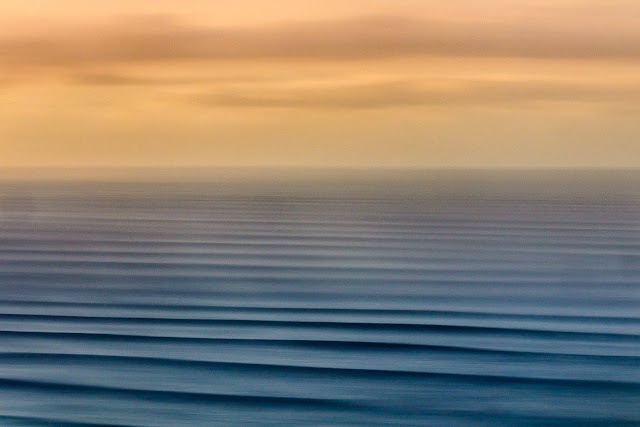 If we now look at the animation above, where Typhoon Yutu brews over the Western Pacific ocean, we can see a similar swell formation.
The wind barbs shown on the animation show wind speed and direction.

Significant height of primary swell waves and wind speed barbs over the Western Pacific Ocean from October 23rd to October 27th, 2018.
The values above are masked out by NOAA, as we visualize their WaveWatch III dataset by using Planet OS API.


The reason why there is no significant swell height values in the middle of the typhoon is due to the variable uncertainties from the huge storm with its messy, chaotic wind and wave patterns.
Once waves start to travel away from the eye of the storm, their accompanying swell values are also observed.

In this animation, we can see more precisely how waves with different height become separated by the wave propagation speed.
Additionally, these same waves that are formed within typhoon reach the shore of Japan only a few days later, crossing a distance of over 1200 miles (2000 km).
But, notably, the typhoon isn’t the only force that generates waves, there is also another smaller storm brewing near Japan that produces an additional small swell.

The Speed of Waves

In the next animation, we have shown the mean period of primary swell waves during the same time frame.
Here we wanted to show how different wavelengths travel at varying speeds.
Again, with the longer wavelength of a wave meaning the longer the wave period.
Below, we can see how longer periods reach the shore faster than waves with shorter periods.
As waves increase in size, the accompanying colors increase in brightness.