Russian tanker sails through Arctic without icebreaker for first time 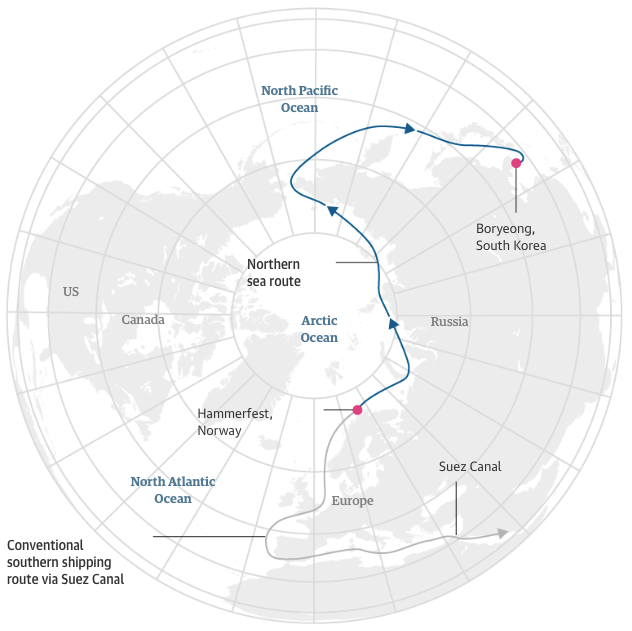 A Russian tanker has carried a cargo from Hammerfest in Norway to Boryeong in South Korea in 22 days, about 30% quicker than the conventional southern shipping route through the Suez Canal

From The Guardian by Patrick Barkham

A Russian tanker has travelled through the northern sea route in record speed and without an icebreaker escort for the first time, highlighting how climate change is opening up the high Arctic.

The $300m Christophe de Margerie carried a cargo of liquefied natural gas (LNG) from Hammerfest in Norway to Boryeong in South Korea in 22 days, about 30% quicker than the conventional southern shipping route through the Suez Canal.

The tanker was built to take advantage of the diminishing Arctic sea ice and deliver gas from a new $27m facility on the Yamal Peninsula, the biggest Arctic LNG project so far which has been championed by the Russian president, Vladimir Putin. 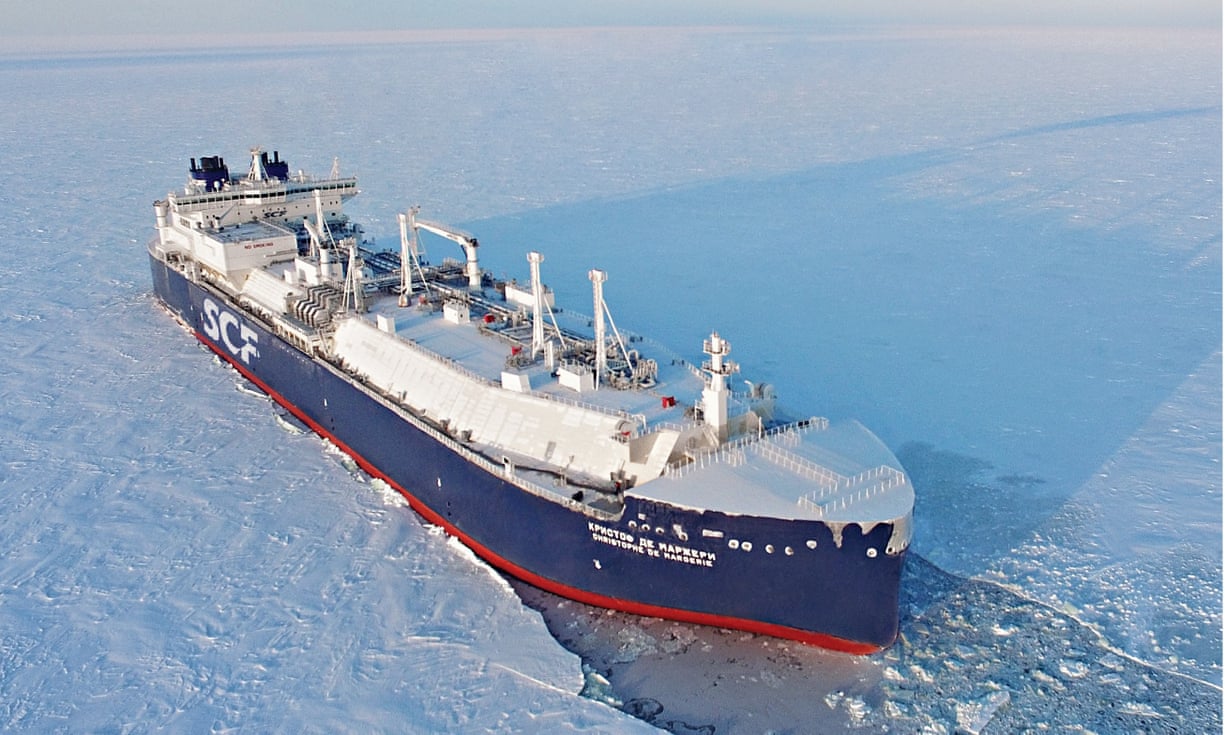 The Christophe de Margerie carried a cargo of liquefied natural gas from Hammerfest in Norway to Boryeong in South Korea in 22 days.

On its maiden voyage, the innovative tanker used its integral icebreaker to cross ice fields 1.2m thick, passing along the northern sea section of the route in the Russian Arctic in a record six-and-a-half days.

“It’s very quick, particularly as there was no icebreaker escort which previously there had been in journeys,” said Bill Spears, spokesperson for Sovcomflot, the shipping company which owns the tanker.
“It’s very exciting that a ship can go along this route all year round.” 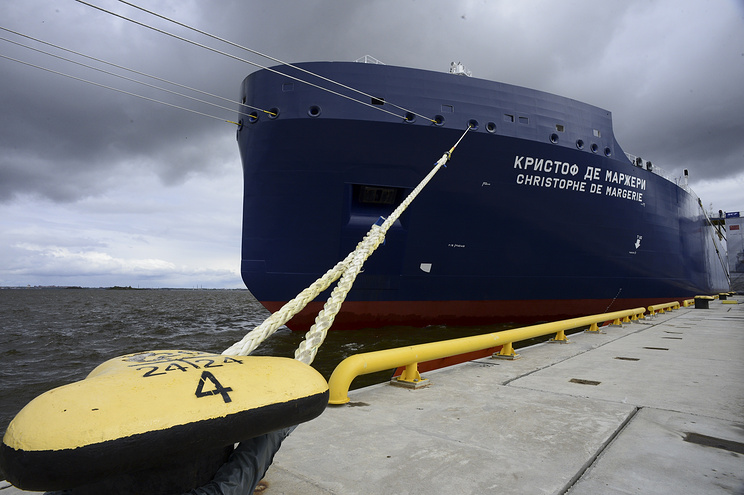 Environmentalists have expressed concern over the risks of increased ship traffic in the pristine Arctic but Sovcomflot stressed the tanker’s green credentials.
As well as using conventional fuel, the Christophe de Margerie can be powered by the LNG it is transporting, reducing its sulphur oxide emissions by 90% and nitrous oxide emissions by 80% when powered this way.
“This is a significant factor in a fragile ecosystem,” said Spears.

The northern sea route between Siberia and the Pacific is still closed to conventional shipping for much of the year.
But the Christophe de Margerie, the first of 15 such tankers expected to be built, extends the navigation window for the northern sea route from four months with an expensive icebreaker to all year round in a westerly direction.

In the route’s busiest year so far, 2013, there were only 15 international crossings but the Russian government predicts that cargo along this route will grow tenfold by 2020.
This link with the Pacific reduces its need to sell gas through pipelines to Europe.
“There has been a steady increase in traffic in recent years,” said Spears.
“There’s always been trade along this route but it’s been restricted a lot by the ice. It’s exciting that this route presents a much shorter alternative than the Suez route. It’s a major saving.”

Simon Boxall, an oceanographer at the University of Southampton, said that shipping companies were making a “safe bet” in building ships in anticipation that the northern sea route will open up.
“Even if we stopped greenhouse emissions tomorrow, the acceleration in the loss of Arctic ice is unlikely to be reversed,” he said.
“We’ve been able to sail through the north-west passage for several years now but the northern passage, which goes past Russia, has opened up on and off since 2010. We’re going to see this route being used more and more by 2020.
“The irony is that one advantage of climate change is that we will probably use less fuel going to the Pacific.”

While sea ice in the Arctic grows and shrinks with the seasons, there is an overall declining trend, as north pole has warmed roughly twice as fast as the global average.
In March 2017, the annual maximum extent of Arctic sea ice hit a record low for the third straight year, according to the US National Snow and Ice Data Centre.

The extent of Arctic ice fell to a new wintertime low in March this year after freakishly high temperatures in the polar regions, and hit its second lowest summer extent last September.