Island pops up after the earthquake in Pakistan On the Gwadar coastline, the quake created a small island about half a mile into the sea near an area called ‘Jhanda’.
The newly appearing island is said to have a mountainous terrain rising up to a hundred feet.
A large crowd was seen gathering at the site to see the new island.
The island appears to be about 200 metres long, 20 metres high and 100 metres wide.
Photo courtesy Syed Ali Shah

The powerful 7.7-magnitude earthquake that struck parts of Balochistan and Sindh (southwestern Pakistan) on Tuesday was followed by the emergence of an island off the coast of Gwadar. 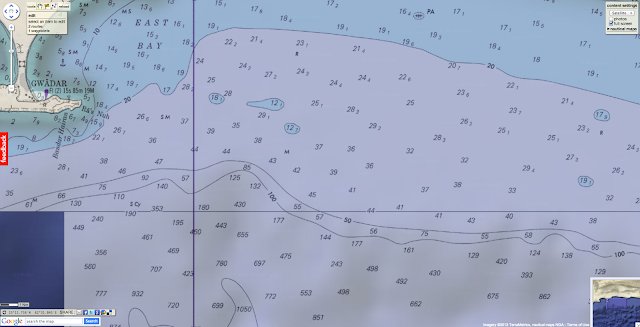 “The island popped up soon after the earthquake. Our staff stationed in Gwadar has reported that the island is about one and a half kilometres away from the coastline,” Dr Asif Inam, the Principal Scientific Officer of the National Institute of Oceanography, said.

“The island appears to be about 200 metres long, 20 metres high and 100 metres wide. But all this information needs to be verified scientifically. Detailed information will be available tomorrow when the staff visit the site and collect samples,” he added.

An NIO team from Karachi will also visit the site this week. 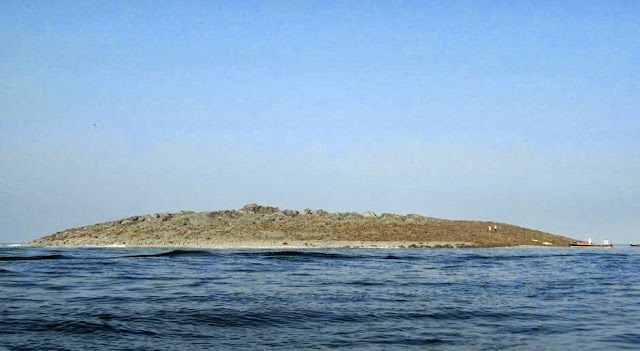 Aerial view of the new island off the southern coast of Pakistan in the Arabian Sea.
Boaters are anchored off the island at upper right.
Credit: National Institute of Oceanography

According to scientists, the Makran coastal belt is reported to have extensive reserves of frozen methane that exist in the form of gas hydrates (crystalline water-based solids physically resembling ice, formed under conditions of relatively high pressures and low temperatures) hundreds of metres below the sea floor.
And whenever this highly pressurised gas finds a weak space to release some of its energy, a dome-like structure (island) is created within the waters or it emerges on the sea surface.

“The space to release energy could be formed due to tectonic movements, creating some fractures and fissures in the strata. Sometimes, the structures do not come out of the water and so go unnoticed,” Dr Inam said.

Explaining the topography of the area, Dr Inam said that it was an active seismic region where three tectonic plates — Indian, Eurasian and Arabian — were converging.
“The area is required to be mapped in detail to ascertain the potentially hazardous parts. Besides, the area could be explored to overcome the energy crisis.”

According to Dr Inam, the analysis of previously tested gas samples taken from the water column of the Malan island showed that it contained methane, ethane, propane and butane. 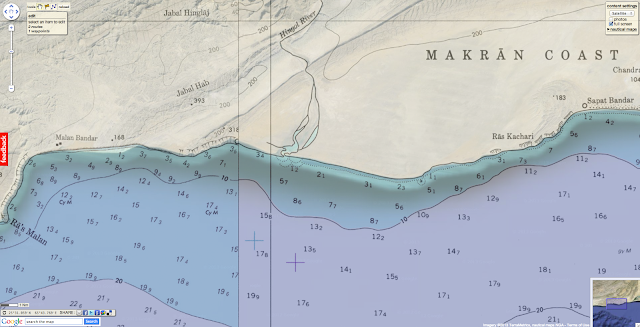 It’s the third time in 15 years that such a phenomenon has occurred along the Balochistan coast. Earlier, islands emerged in 1999 and in 2011 at a distance of two kilometres from the Makran coast near the point where the Hingol River drains into the sea.

A similar island had appeared in Hangal, the coastal area of Lasbela, three years ago.
The island was there for 4 - 5 months and then it went back into the sea.
A new island formed by a mud volcano emerged offshore of Balochistan, Pakistan on November 26, 2010, and the same spot about a year before it emerged.
Image credit: NASA Earth Observatory

Both islands emerged without an earthquake and collapsed due to strong currents and winds.
The same area witnessed an island’s emergence in 1945, following an earthquake.