Digital map error may have led to minesweeper grounding 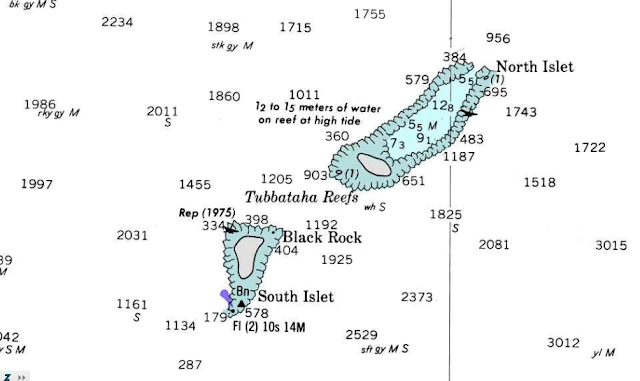 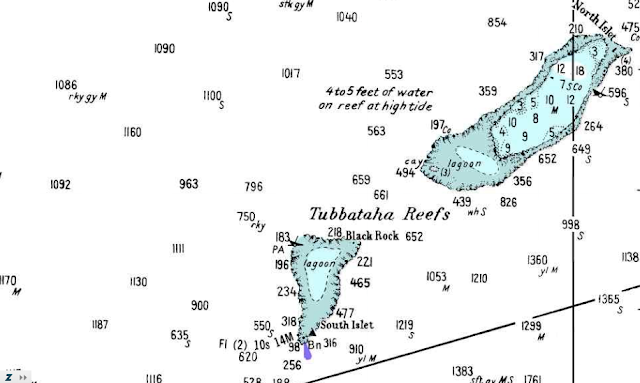 A digital chart used by the minesweeper USS Guardian to navigate Philippine waters misplaced the location of a reef by about eight nautical miles (approximatively the length of the North Islet), and may have been a significant factor when the ship drove hard aground on the reef on Jan. 17.

Aerial photographs provided by the Philippine military showed the ship’s bow sitting atop corals in shallow turquoise waters, with the stern floating in the deep blue waters in the South Atoll.
Crewmembers are visible on the Guardian's upper superstructure in this image taken Jan. 17.
They were subsequently taken off the ship for safety reasons, the Navy said.
It was unclear how much of the reef was damaged.
The government imposes a fine of about $300 per square meter (yard) of damaged coral.
In 2005, the environmental group Greenpeace was fined almost $7,000 after its 'Rainbow Warrior II' flagship struck a reef in the same area.
The World Wide Fund for Nature Philippines said in a statement that according to an initial ocular inspection, the 68-meter (74-yard) long, 1,300-ton Guardian damaged at least 10 meters (yards) of the reef.

As of Jan. 18, U.S. Navy ships have been directed to “operate with caution” when using similar electronic charts and compare the map data with paper charts, which are considered accurate. 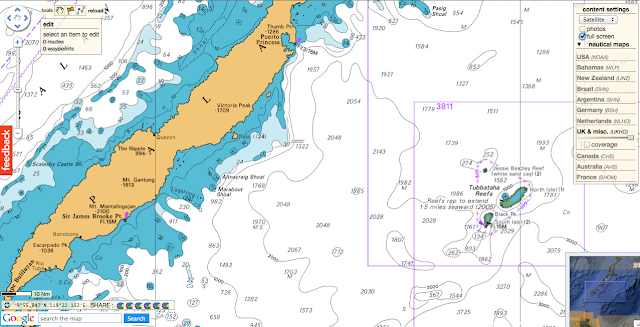 >>> geolocalization with the Marine GeoGarage <<<
zoom 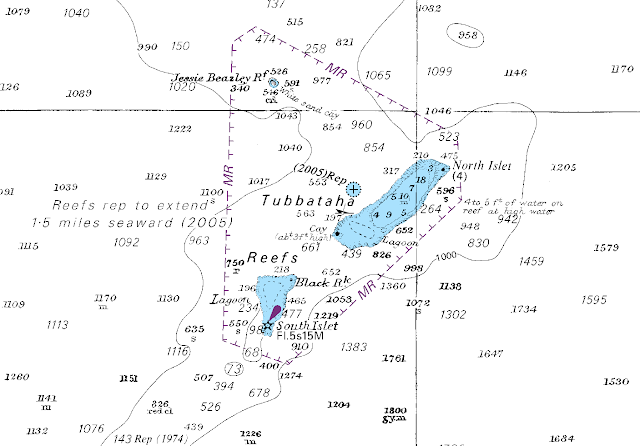 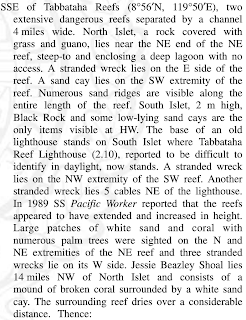 Note from NP33 Philippines Islands Pilot 2ed 2004 (2.20)
"Tubbatha Reefs are two extensive dangerous reefs separated by a channel 4 miles wide.
In 2005 the reefs were reported to extend 1.5 miles seaward of their charted positions." Crewmembers are visible on the Guardian's upper superstructure in this image taken Jan. 17.
They were subsequently taken off the ship for safety reasons, the Navy said.

The Guardian drove onto Tubbataha Reef in the Sulu Sea around 2:25 a.m. on Jan. 17 (some sources cite a date of Jan. 16, since that was the date in Washington, D.C. when the incident occurred).
The reef is about 80 miles east-southeast of Palawan Island. 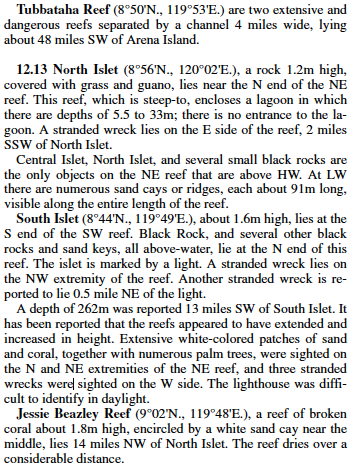 The ship had been at Olongapo City in Subic Bay, and was en route to Indonesia when she struck the reef, according to the Navy.
The Guardian is homeported at Sasebo, Japan.
The mine countermeasures vessel, with a wooden hull sheathed in fiberglass, has been taking on water and moving on the reef, and 79 crew members were taken off the ship on Jan. 18, transferring to the Navy survey ship Bowditch and the C-Champion, a commercial vessel chartered by the Navy’s Military Sealift Command. 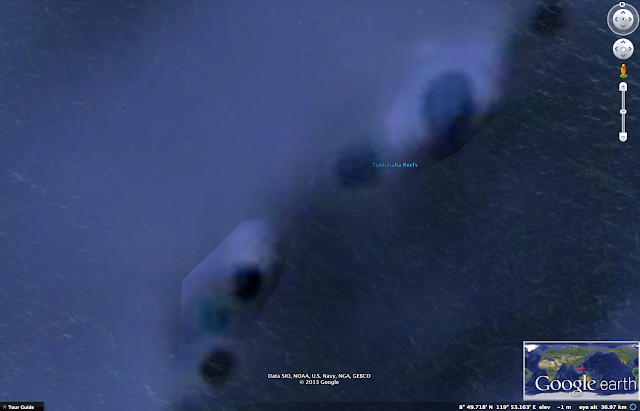 The Guardian has not been abandoned, the Navy said, and the service said removal of the crew was a temporary safety measure.
“Seventh Fleet ships remain on scene and essential Guardian sailors will continue conducting survey operations onboard the ship as needed until she is recovered,” said Vice Adm. Scott Swift, commander of the U.S. 7th Fleet, of which the Guardian is a member.
“Several support vessels have arrived and all steps are being taken to minimize environmental effects while ensuring the crew’s continued safety,” Swift said in a statement issued Jan. 18. 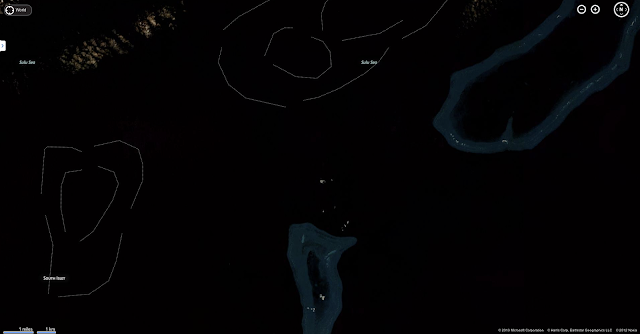 Bing Maps (with Earthstar Geographics TerraColor 15m satellite imagery from Landsat data)
showing a shift in the position of the map vs satellite imagery
Note : this doesn't seem to be a problem of datum :
the shift between official PRS92 (or even old Luzon 1911) local Philippines datum
and WGS84 geodesy is about 450 meters (0.24 Nm) in the area
(see MapBox OSM editor for better view)
Note : Tubbataha lighthouse Bing Maps coordinates (WGS84): approximatively 8°42.13' N / 119°56.57' E
so shifted 7.8 Nm (14,5 km) in the SW (111°) from the ENC position 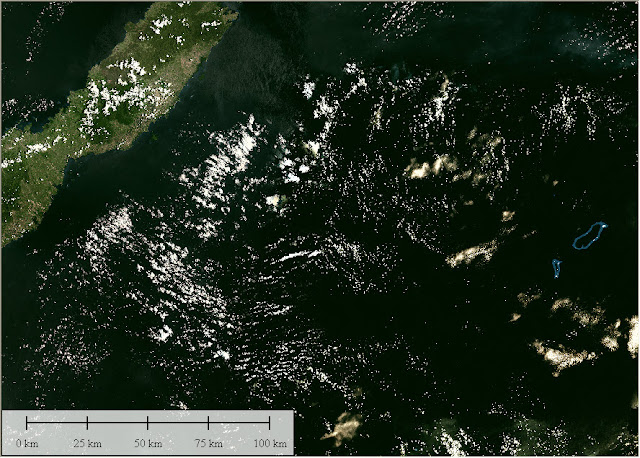 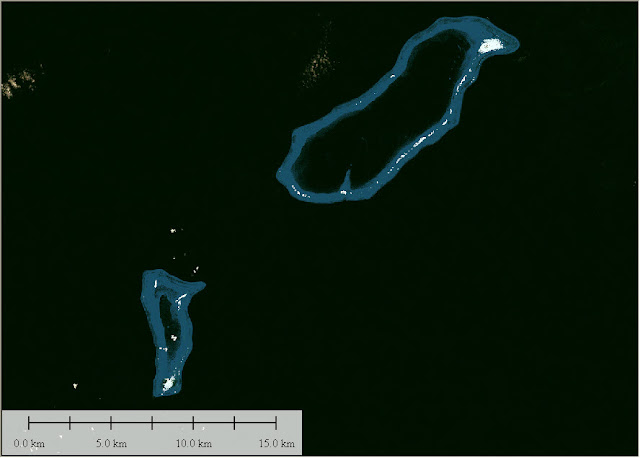 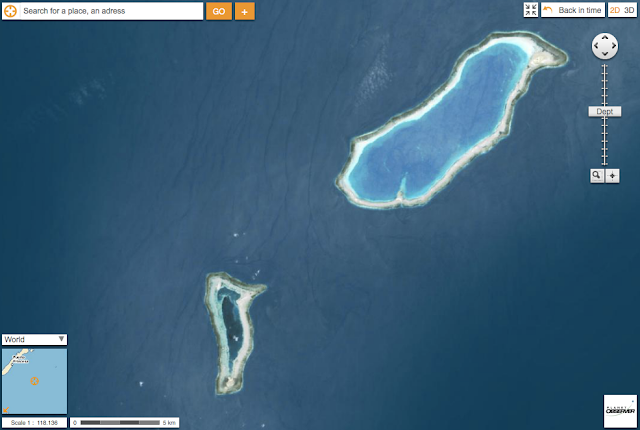 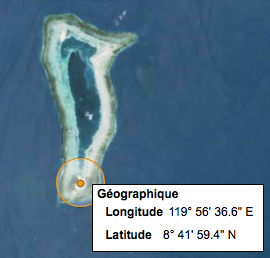 The ship remains threatened by the weather, according to the Navy official, and the crew has been dealing with rough, unpredictable seas coming from different directions, adding to the ship’s movement on the reef.
A Philippine salvage tug, the Trabajador, also is on the scene and assisting, as is the Philippine Coast Guard.
Other Navy ships are headed to assist the Guardian.
The Mustin, a destroyer based in Yokosuka, Japan, is expected to arrive shortly, and the Pearl Harbor-based salvage ship Salvor is en route, although she is not expected on the scene until later next week.

The Digital Nautical Charts (DNC) used by the Guardian and most Navy ships are produced by the National Geospatial-Intelligence Agency (NGA), a largely secret organization headquartered in Springfield,Va.

The DNC charts come in “general” and “coastal” versions, and, according to an NGA memo sent to the Navy on Jan. 18, the error was in the coastal DNC.
The general DNC and hardcopy charts show the reef’s location correctly, NGA said. 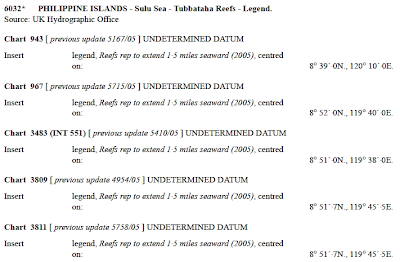 Letitia Long, the agency’s director, told the Navy that the coastal DNC charts would be corrected by Jan. 30, and advised ships not to use the Sulu Sea charts until then.

The Navy’s head navigator took things a step further, advising in a message sent to the fleet Jan. 18 “to operate with caution when using NGA-supplied Coastal Digital Nautical Charts due to an identified error in the accuracy of charting in the Sulu Sea.” (Commander, Pacific Fleet)
Rear Adm. Jonathan White, Oceanographer and Navigator of the Navy, said in the message that preliminary analysis of the error indicates it “resulted from incorrect geographic rectification of satellite imagery used to build” the coastal DNC charts.
“NGA has found no other anomalies, but is currently conducting a comprehensive review of its source data,” White said in the message.
He cautioned Navy ships “to compare coastal DNC charts with general DNC library charts, and not rely on [a] single source for navigation data.
“Commanding officers,” White added, “are directed to report any anomalies immediately to NGA.”
"While the erroneous navigation chart data is important information, no one should jump to conclusions," said Pacific Fleet spokesman Capt. Darryn James.
"It is critical that the U.S. Navy conduct a comprehensive investigation that assesses all the facts surrounding the Guardian grounding."

The agency expects to complete its review of all coastal DNC charts by Jan. 22, White noted.
A Navy official cautioned that while the digital chart error may have contributed to the incident, an accident investigation is continuing.
“This guidance to the fleet does not presuppose the cause of the USS Guardian grounding,” the official said Jan. 18.
“The investigation will look at a number of potential contributing factors.” 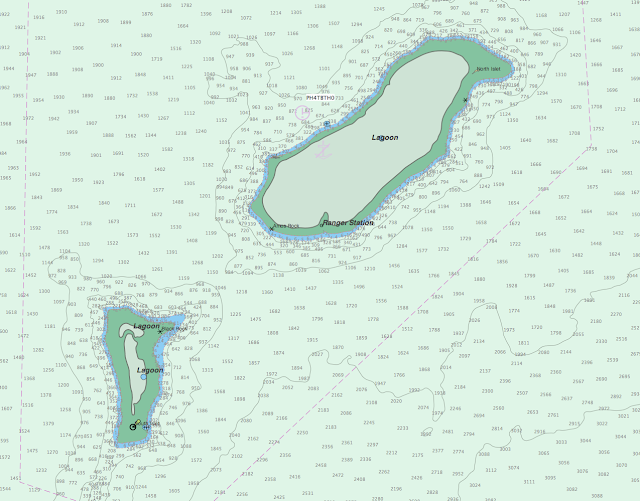 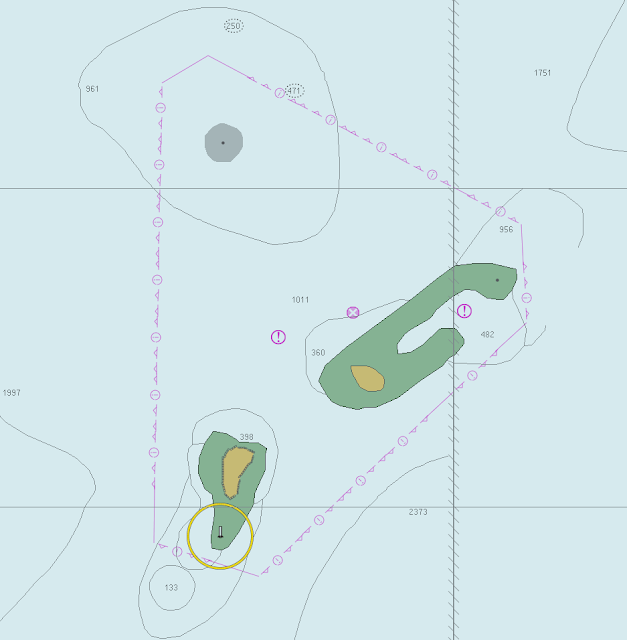 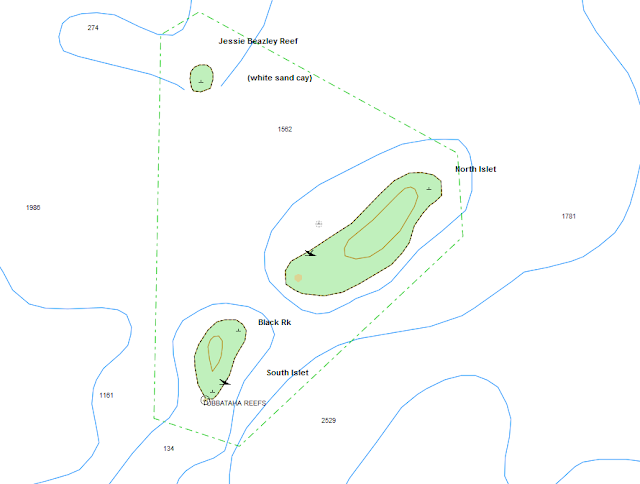 The Guardian is commanded by Lt. Cmdr. Mark Rice, who first reported to the ship in October 2011.
The 14-ship minesweeper fleet, which generally toils in obscurity, has become the focus of major refurbishment and modernization efforts with the delay of planned replacements, renewed concerns about anti-mine capabilities, and a surge deployment to the Persian Gulf.
Guardian is one of four ships forward-deployed to Japan.
Four others are homeported at Bahrain, where four San Diego-based ships also are operating.
Two others remain at San Diego, home base for the mine force.
The ships entered service between 1987 and 1994.

Located within the Northern apex of the Coral Triangle, Tubbataha reef is often considered to be the best dive spot in the Philippines and this marine protected area is home to a staggering wealth of biodiversity.
The Tubbataha Reefs has two coral atolls that harbor a wide range of marine species including 600 species of fish, 360 species of corals, 11 species of sharks, 13 species of dolphins and whales, 100 species of birds and sea turtles.
Ships are not allowed to go near the area since it is a protected site,
according to Republic Act 10067 or the Tubbataha Reefs National Park Act of 2009.
The Tubbataha management office said the 68-meter ship entered these areas without permission and failed to coordinate with environmental officials.

The incident has triggered worries in the Philippines about potential damage to the coral reef, which is in a Unesco World Heritage zone where entry is restricted. (see WWF)
So far, no fuel leaks have been reported from the ship.