A new sail the size of two tennis courts has been unveiled as Wild Oats XI's secret weapon as she tries to win Sydney to Hobart yacht race line honours for a sixth time.
High-tech new keel "winglets" and a retractable bow centreboard have also recently been added to the 30-metre super maxi in a bid to make her much faster in light winds.
Wild Oats XI is the overwhelming favourite for the 2012 blue water classic and has shown superb form in all the lead-up races - including setting a record in November's Cabbage Tree Island 180-nautical mile race.
But she will face tough competition for line honours in the form of Ragamuffin Loyal - which pipped Wild Oats XI to victory in the 2011 Sydney-Hobart by just over three minutes - and the highly-fancied Wild Thing. 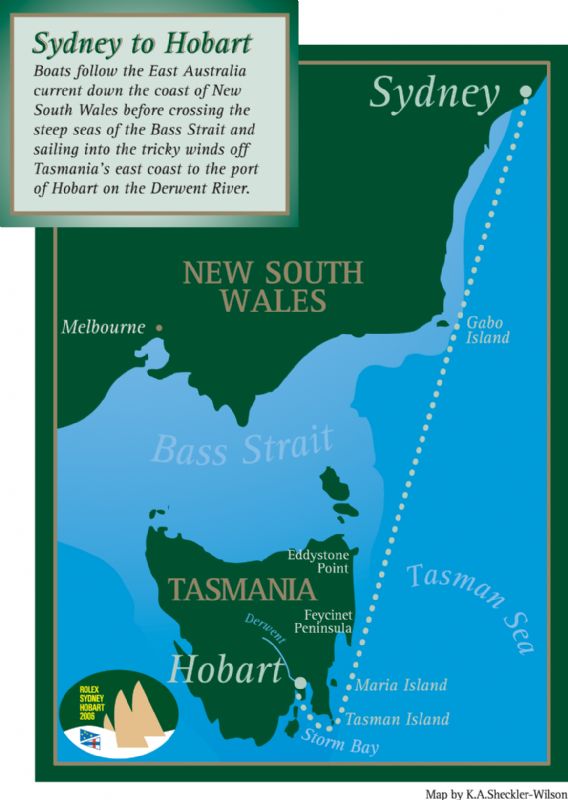 >>> geolocalzation with the Marine GeoGarage <<<
628 nautical miles and 'the paddock', as Bass Strait is affectionately known
(The paddock is what locals call the north-eastern end of Bass Strait)

"We're hurting from last year's result," Wild Oats XI sail trimmer Josh Whittaker said. "The new modifications are worth seconds to us every mile.
"Last year, we lost by three minutes and, with these modifications, we could have been 12 minutes faster."

His skipper Mark Richards described the new sail as like "replacing a rifle with a cannon" and insisted Wild Oats XI could complete the 628-nautical mile run down to Hobart in less than 24 hours, given the right weather conditions.
That would break the yacht's own race record of just over one day and 18 hours, which was set on the way to victory in 2005.

"We can't control the weather but we can go into the race knowing that we can do no more when it comes to having the fastest possible yacht," Richards said. "And that is the case this year."
The new winglets operate on a similar principle to the wing tips on modern passenger aircraft and are designed to reduce drag.
They were produced with help from Boeing and tested over two weeks in a hydrofoil tank in Tasmania. 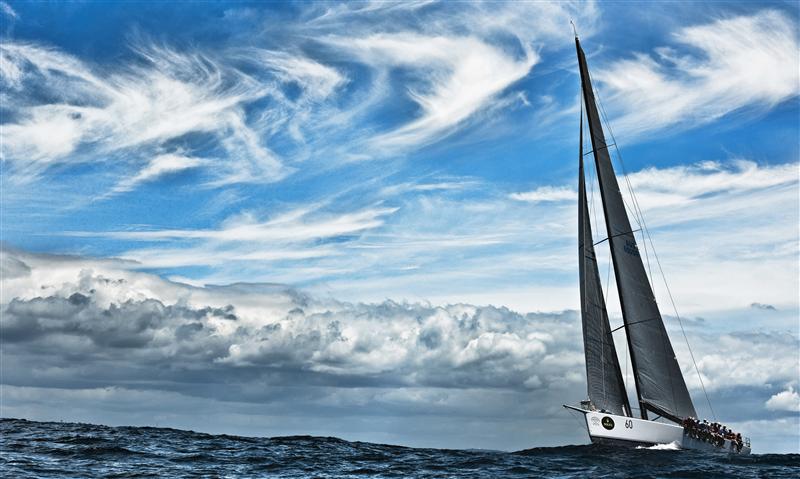 Among the favourites for handicap honours is last year's overall winner Loki, the Reichel/Pugh class 63-footer.

Ragamuffin Loyal competed under the name Investec Loyal in 2011 and, this year, is skippered by 85-year-old veteran Syd Fischer.
The super maxi, which suffered rigging damage last Wednesday, will have her mast put back in on Tuesday and will have training runs on Thursday and Friday.
The fleet dropped a boat on Monday following the withdrawal of the 52-foot Dodo.