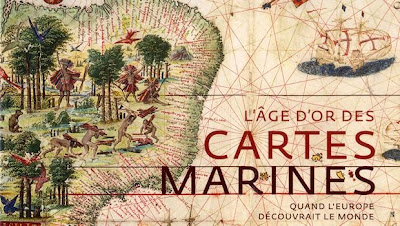 Reconstitution du planisphère de la géographie d'al-Idrîsî
Sicile, 1154. Copie du XIIIe siècle, Maghreb.
Arabs take up the work of the Greeks and revive the scientific tradition of cartography.
In the 12th century, the Arab geographer al-Idrîsî draws up a map of the world, bringing together most of the geographic knowledge of his time.

As the most extraordinary pieces, one can find the parchment and often enriched with gold illuminated nautical charts, called ‘portulans charts’ (from the Italian term ‘portolano’, book of nautical instructions).
These maps show the succession of harbours along the coasts; the rhumb lines dotted on the maps correspond to bearings as measured to relative north.
Thanks to this graphic system, navigators could find their way by writing down on the chart the distance they thought they had covered. 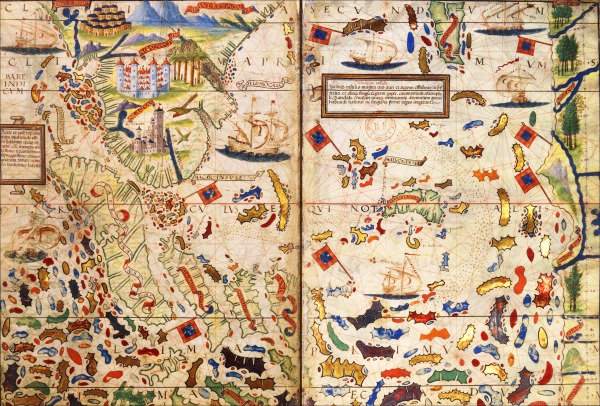 Atlas Miller
Carte de l'Insulinde et des Moluques
In contrast to the theological image of the world that the globe or map of the world provided, a new cartographic representation, developed as of the 13th century n the context of the expansion of maritime trade.

The oldest portulan chart would date from the late 13th century: it is the famous ‘Carta pisana’, housed at the Department of maps and plans.
Only a few portulans charts among the oldest ones have survived to this day. (ex.: Portolan chart of Guillem Soler (c.1380) / Portolan chart of Gabriel de Vallseca (1447)) : see BNF Gallica catalogue 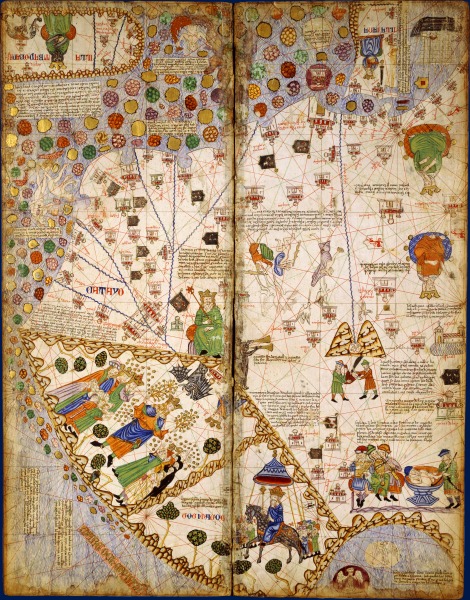 Partie orientale du monde
Altas catalan, vers 1375
These are the "portulans" which, just as the Catalan Atlas, describe coast and harbour.

The BnF’s collection is the biggest in the world as it gathers five hundred portulans charts.
Both technical innovations and scientific objects, ‘portulans charts’ also represent the quest for faraway lands
These often impressive polychrome works of art are spectacular; furthermore, they conjure up some sort of exotic universe. 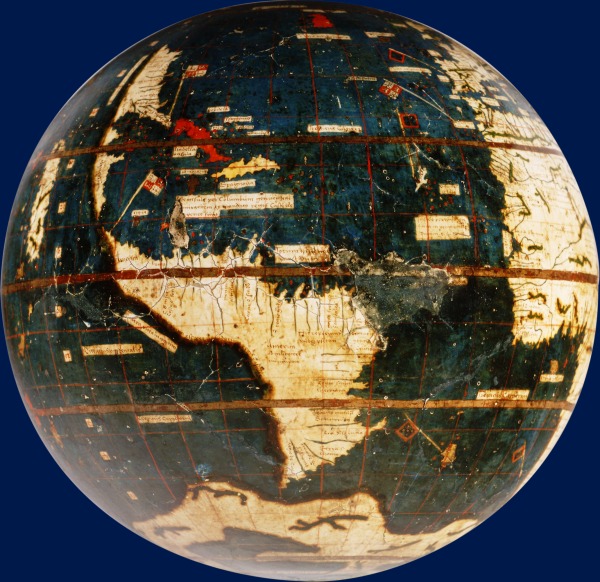 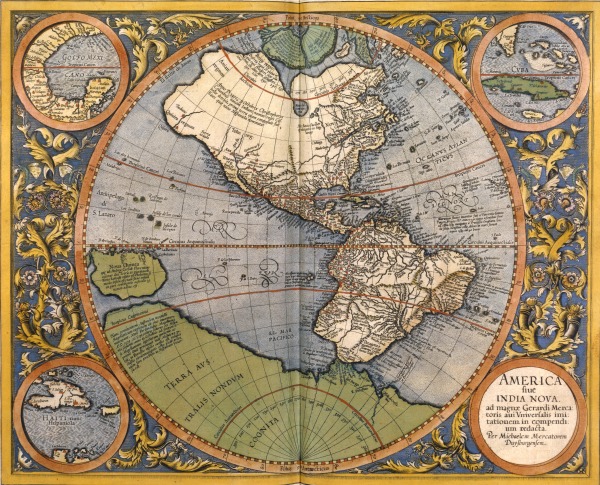 Atlantis pars Altera. Geographia nova totius mundi
Gérard Mercator (1595)
Research on projection, which allows representing the entire globe on a flat map, increases.
In particular, Mercator’s research, very useful for the sailors, comes to mind.
This Flemish geographer is one of the leading figures of the golden age of Dutch cartography. 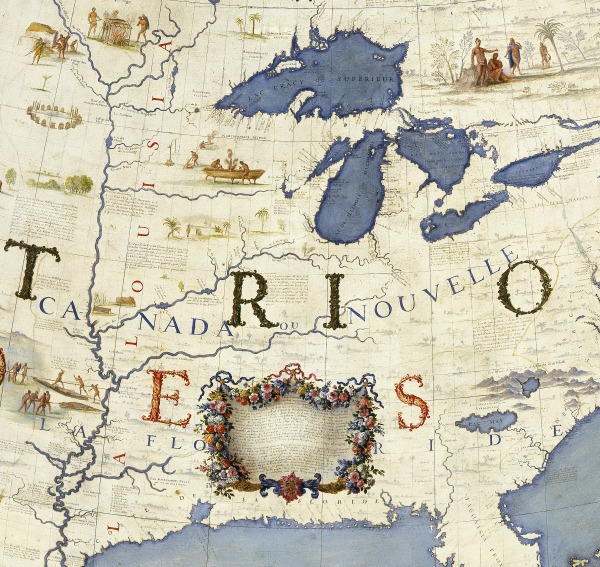 L'Amérique septentrionale
Détail du globe terrestre (1681-1683)
Of both economic and political interest, cartography is important to states, particularly for military reasons.
The large globes of Coronelli, which allow contemplating the world such as it was seen in the 1680s by the Sun-King at the height of his glory, bear witness to the links which connect Prince and cartographer.

The exhibition focuses on various issues: sailing conditions and use of charts; discovery of Africa, Asia, Americas and the Pacific; rivalry of maritime powers; geographical knowledge transmission between the Indian Ocean and the Mediterranean sea; creation and dissemination of the iconography of the new worlds, its landscapes, peoples, customs, fauna and flora. 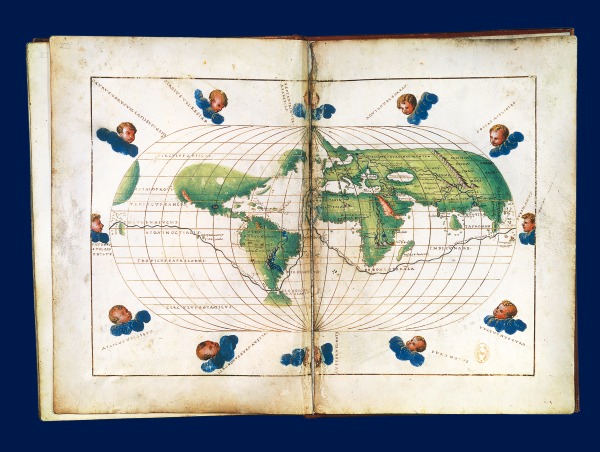 Magellan fait le tour du monde par l'océan
Battista Agnese, Atlas nautique
At the end of the 15th and the beginning of the 16th century, the great Spanish and Portuguese navigators broaden considerably geographic knowledge.
America appears for the first time on the world map