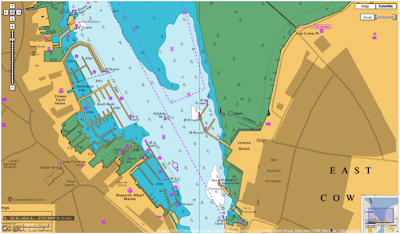 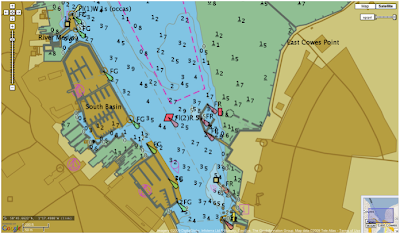 Posted by Peio at 8:34 PM No comments: Links to this post 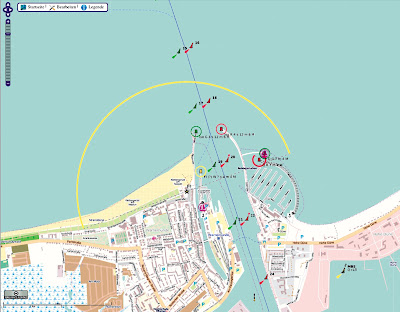 In this way, as the final result is open to all, why not imaging some OpenSeaMap layer in the Marine GeoGarage to get official chart corrections from NTMs and a complementary marine local guide ?
Posted by Peio at 12:54 PM 1 comment: Links to this post 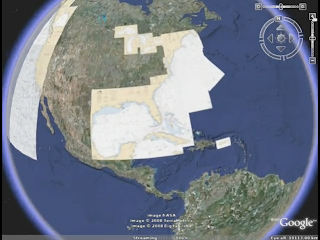 Demo movie
Example of kml network link to Marine GeoGarage for viewing seamless all the NOAA raster chart dataset in Google Earth (GE).
Unfortunately GE does not react well to big dataset such as several thousands maps, even with the advanced and fancy features of the network links. We tried two different techniques and GE either ends up by struggling with the amount of data or showed ugly stuff while (slowly) refreshing.
Right now the other question is to know if there are some applications for users for this overlay and in this case how to distribute it.
Posted by Peio at 7:03 PM No comments: Links to this post

The 'Physical' layer which can be selected in the 'background' layers such as Google Maps, Satellite/Aerial imagery and Terrain layers has been created as a composite imagery got from several sources of data :
Contrary to nautical maps which are pre-processed and directly accessible on our servers, the raster tiles from this Physical layer are created on-the-fly by our map contour rendering engine in our servers.
This explains the display is much longer than for nautical layers.
More users will play with this layer in all regions of the world and for different levels of scales, more tiles will be created on our server, so available for all.
In the same time, the cache memory of the web browser will help to refresh faster when the user will display the same area.
Posted by Peio at 11:03 PM No comments: Links to this post 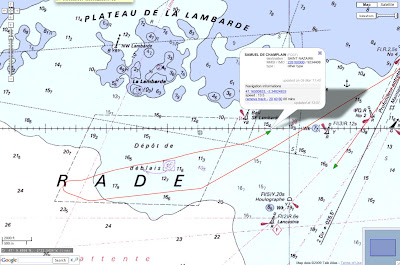 The GeoGarage team is leading some experimentation about the display of AIS live tracking online.
Using some specific hardware connected to a AIS receiver for sending AIS raw data automatically to the GeoGarage server (no need of additional PC), we have the following displays :
Note : these two data flow are sent to MarineTraffic by GeoGarage for its own use
By the way, Marine GeoGarage is also studying the impact of nautical chart overlay on other Live AIS website such as :
Posted by Peio at 4:47 PM No comments: Links to this post


Note : in a future version of the Marine GeoGarage backend application, this scheduling will be reduced to match the update rating proposed the different HS servers (using automated distribution infrastructure provided by NOAA for example)
Posted by Peio at 6:23 PM No comments: Links to this post 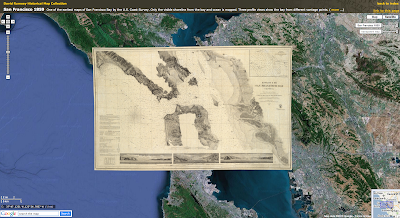 How to superimpose the past over the present and see both simultaneously ?
Quite simple with GeoGarage spatial image web server :
Click on rumsey.geogarage.com to get access to 120 ancient maps from David Rumsey collection.
And don't forget to play with the transparent map slider option, it just gets better !
Posted by Peio at 5:51 PM No comments: Links to this post

The website has been derived in part from material obtained from different national Hydrographic Services (HS) with their official agreement :
The catalog is expanding : additional nautical maps sources are in preparation. Stay tuned...
Posted by Peio at 3:46 PM No comments: Links to this post 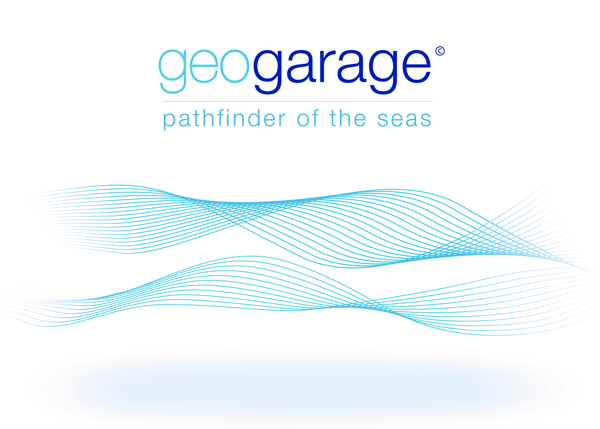 In some similar way, the goal of the Marine GeoGarage is to become the "Google Maps" of the seas, gathering all the nautical charts available at the international Hydrographic Offices, and proposing regular updates to keep the information the most precise possible.
Posted by Peio at 1:00 AM No comments: Links to this post

Welcome to the Marine GeoGarage on Prezi
Posted by Peio at 9:25 PM No comments: Links to this post 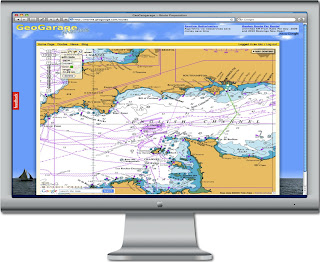 Enjoy !
Posted by Peio at 3:59 PM No comments: Links to this post

"The ocean stirs the heart, inspires the imagination and brings eternal joy to the soul" -Robert Wyland
Posted by Peio at 3:19 PM No comments: Links to this post